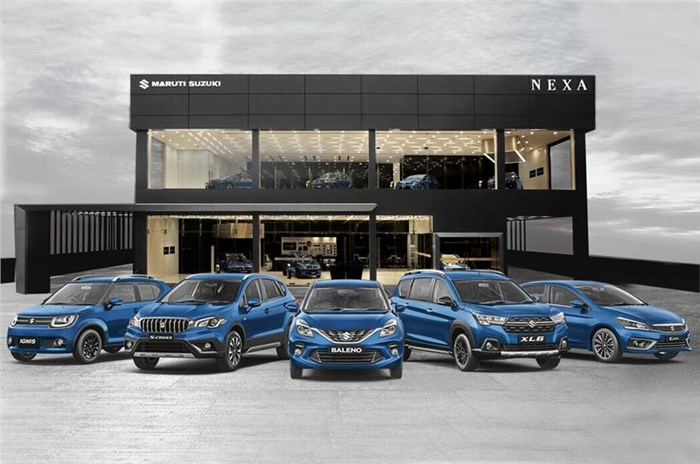 Research firm Jato Dynamics has release data about the country’s largest automaker that provides a keen insight into its sales distribution. The data shows that, of the 14,85,943 units of passenger vehicles (PVs) that Maruti Suzuki sold domestically in CY2019, the Nexa sales channel accounted for 18.1 percent (2,68,956 units), with the Arena network making up for the remaining 81.9 percent (12,16,987 units).

The sales share of Nexa models registered a drop of 1.9 percentage points last year, compared to the year before (CY2018 sales distribution: Nexa – 20 percent, Arena – 80 percent). This marks a maiden negative growth in the sales contribution of the premium retail network since its inception in 2015. Furthermore, last year’s figures also reflect a contraction by 0.3 percentage points, compared to CY2017 when Nexa models had accounted for 18.4 percent of Maruti Suzuki’s total sales in India. 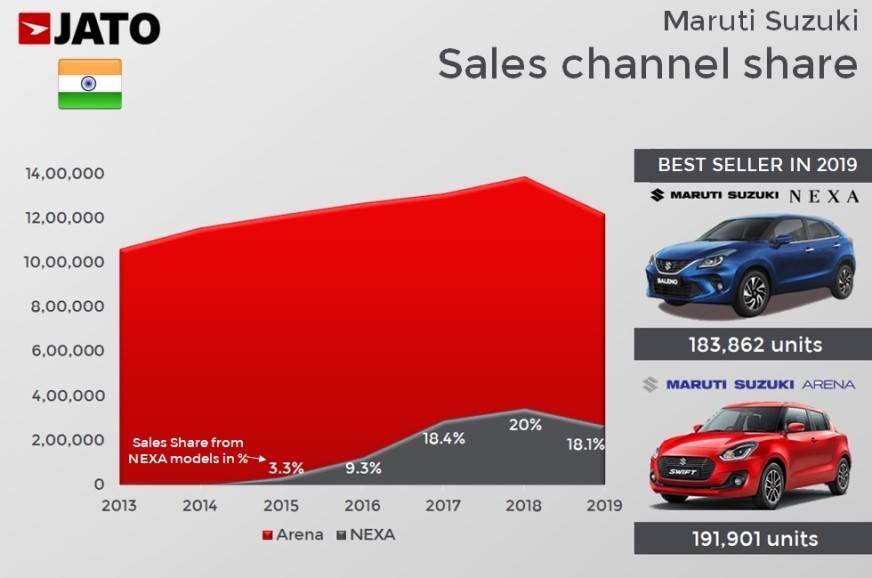 Interestingly, the Baleno made up for a substantial 1,83,862 units of the Nexa sales (68.36 percent) in 2019, trailing by just 8,039 units behind the Swift which, at 1,91,901 units, was the bestselling Arena model last year. These statistics also highlight the reliance of the automaker’s high-end sales channel on a single model, with rest of the Nexa range, including the Ciaz, Ignis, S-Cross and XL6, bringing in only 85,094 units combined (31.64 percent).

In an effort to maintain sales, Maruti Suzuki has been introducing a steady stream of updates to its premium vehicle portfolio. The Ciaz midsize sedan got a mid-cycle facelift in August 2018, which was followed by a mild refresh for the Baleno premium hatch in January the next year. The automaker then expanded the Nexa family by launching the XL6, essentially a premium, 6-seat version of the 7-seat Ertiga MPV, in August 2019.The most recent update has been the facelifted Ignis hatch introduced earlier this year. The company will round off by swapping the S-Cross’ 1.3-litre diesel powertrain with a 1.5-litre petrol unit next month.