The third-generation S60 is set to be launched in the first quarter of 2021. 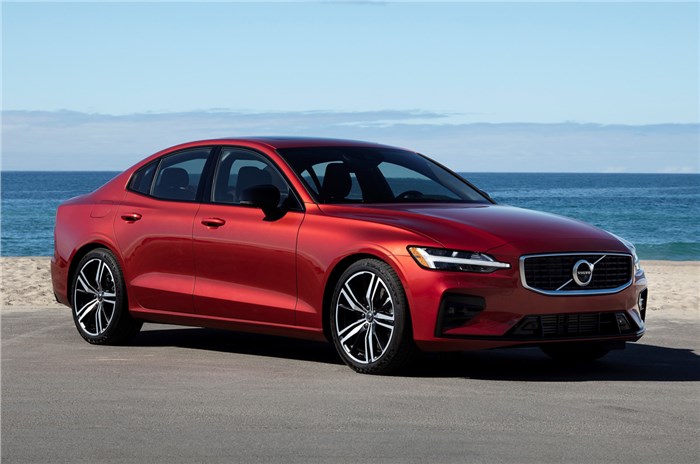 The third-generation Volvo S60 is set to be unveiled in India on November 27. Given the current scenario caused by the pandemic, the car will be revealed via a digital event.

As previously reported by us, Charles Frump, managing director, Volvo Cars India, suggested in a #LivewithAutocar session that the launch of the S60 may be pushed back from Q4 2020 to Q1 2021.

The third-generation Volvo S60, Frump confirmed, will be sold as a petrol-only model in India and only one trim level will be on offer. This is likely to be the top-spec R-Design trim.

The engine option coming to India is a 2.0-litre, four-cylinder unit that is available in different states of tune, internationally, with power output ranging from 190hp for the turbo-petrol T4, all the way up to 390hp for the T8 Twin Engine plug-in hybrid. An 8-speed automatic gearbox is standard on all variants.

As with the Volvo XC40, the Swedish brand is expected to offer the lower-powered S60 T4 version in India.

Volvo has done away with the Ford-derived chassis that underpinned the previous-gen S60 that was on sale in India from 2011 until it was discontinued in July 2019. The third-generation model is built on Volvo’s new Scalable Product Architecture (SPA) platform and has received a 5-star safety rating from Euro-NCAP. The second-generation model also had a 5-star safety rating from the US-NCAP.

The third-gen S60 features fresh styling cues that make it look like a scaled-down version of Volvo’s larger S90 sedan. Giving the S60 Volvo’s signature look are the Thor’s hammer headlights, two-part front grille, C-shaped tail-lights, and the crease at the bottom of the doors and front fenders.

Once Volvo launches the S60, it will rival the likes of the BMW 3 Series, the Mercedes-Benz C-class, the Jaguar XE and the upcoming Audi A4. We’ve already driven the upcoming Volvo S60 overseas, and you can click here to read our full review of the sedan.

In line with Volvo’s electrification drive, the Swedish carmaker has also confirmed that it will launch the all-electric Volvo XC40 Recharge in India in 2021.