With the current-generation models being phased out globally this year, the Volvo S60, V40 and their respective Cross Country versions are no longer on sale in India; next-gen S60 to be launched in 2020. 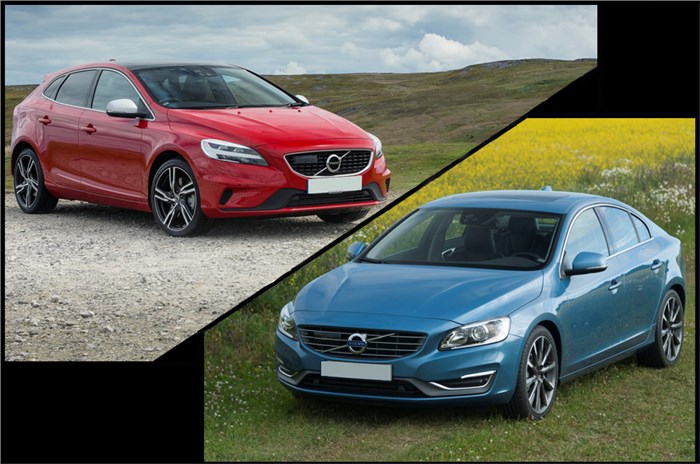 It’s the end of the road for two of the oldest models in Volvo’s India line-up. They’ve been on sale for a number of years, but now, the Volvo V40 hatchback and the S60 sedan have been discontinued in India. The entire V40 and S60 model lines are on their way out, including their respective Cross Country versions. While the S60 is still listed on Volvo’s India website, as some dealers still have an example or two in stock, the V40 has been taken off, along with the V40 Cross Country and S60 Cross Country.

Both, the V40 and S60, are well at the end of their life cycles. The second-gen S60 (on sale in India since 2011) and the V40 (on sale in India in Cross Country form since 2013) were both based on aging Ford platforms, and were the only models in Volvo’s present-day line-up not based on the company’s new-age CMA and SPA platforms. While the V40 twins received an update towards the end of 2016, the S60’s last notable update was all the way back at the start of 2014. That said, both models and their derivatives were priced rather competitively, despite being imported into the country as completely-built units.

With this, Volvo’s India range is down to five models – S90, V90 Cross Country, XC40, XC60 and XC90. Of those, the S90, XC60 and XC90 are locally assembled at Volvo’s facility in Bengaluru. The company is also contemplating local assembly for the third-generation Volvo S60, right from the time of its India launch in 2020. At this time, locally assembled models account for 60 percent of Volvo’s total sales in India.

However, while there will soon be an all-new S60, this is likely to be the end of the V40 hatchback as the world has known it. When it is phased out globally by the end of this year, the V40 won’t have a direct successor. Our sister publication, Autocar UK, reports that taking the V40’s position in the range will be a small SUV-coupe that’s likely to debut in the next three years with a range of petrol, hybrid and full-electric powertrain options.

Volvo has had an encouraging start to 2019, and bucked the trend by registering a year-on-year sales growth of 11 percent in the first-half of the year, at a time when nearly every carmaker is facing a drop in overall sales.