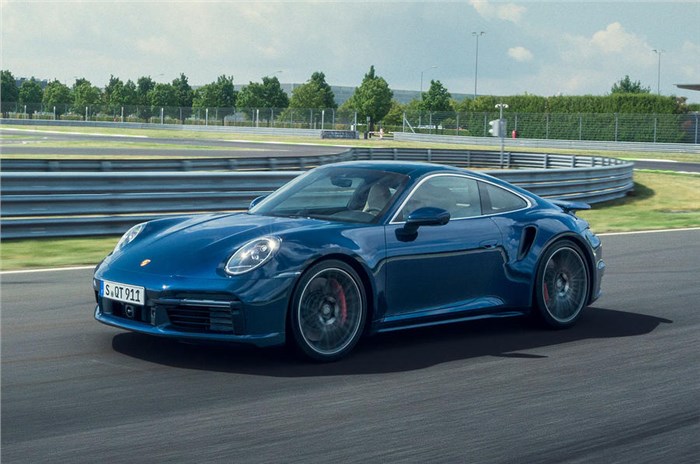 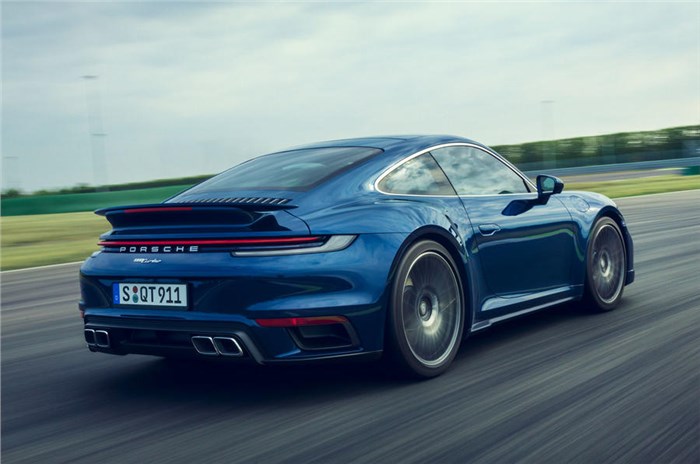 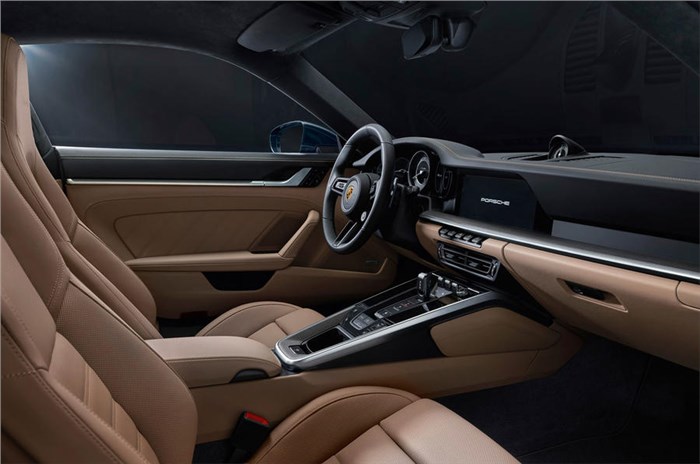 Porsche has revealed the new 992-generation 911 Turbo in Coupé and Cabriolet forms, following the introduction of the top-rung Turbo S version earlier this year. The new addition to the 911 range fills the gap between the 450hp Carrera 4S and 650hp Turbo S.

Power is sent to all four wheels through an 8-speed PDK dual-clutch auto gearbox, while the Porsche Traction Management active four-wheel drive system can send more torque to the front axle than in the previous generation.

The Turbo is equipped with Porsche Active Suspension Management (PASM) – or adaptive dampers – as standard, which is claimed to offer a balance between responsiveness and comfort, while the optional PASM Sport system stiffens up the suspension and drops the ride height by 10mm in the name of enhanced agility.

How can you tell it apart from other 911s?

The new addition to the range resembles its more powerful sibling, the Turbo S, with sizeable air intakes in its widened rear arches and a prominent variable rear spoiler, but is set apart by its four, square exhaust tips, as opposed to the twin pipes featured on the S. The front end features electronically controlled cooling flaps and a larger front spoiler than the standard 911.

In India, the Porsche 911 range begins with the Carrera and Carrera S, which are priced at Rs 1.82 crore and Rs 1.99 crore respectively. The carmaker has also launched the top-of-the-range 911 Turbo S in India at Rs 3.08 crore. Given that these models are on offer in India, there's a good chance that Porsche will introduce the new Turbo to the line-up as well. In terms of rivals, the Porsche 911 range competes with the Jaguar F-type range and the Mercedes-AMG GT range.