Larger in every dimension except for the wheelbase, the new 992 911 Carrera combines the similar iconic design cues with a more powerful petrol engine. 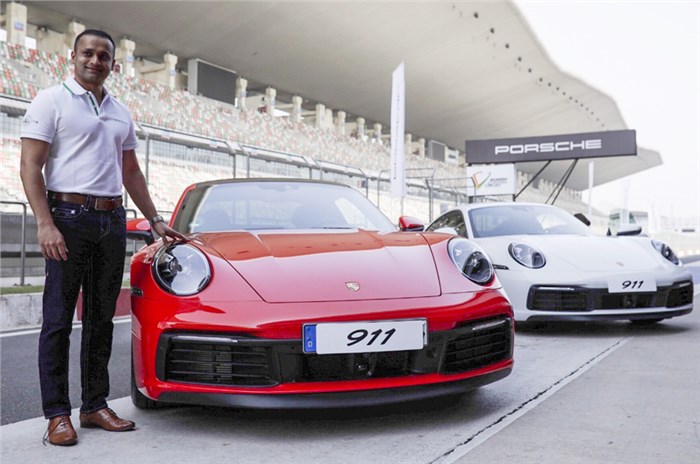 Porsche India Director Pawan Shetty at the India launch of the new Porsche 911. 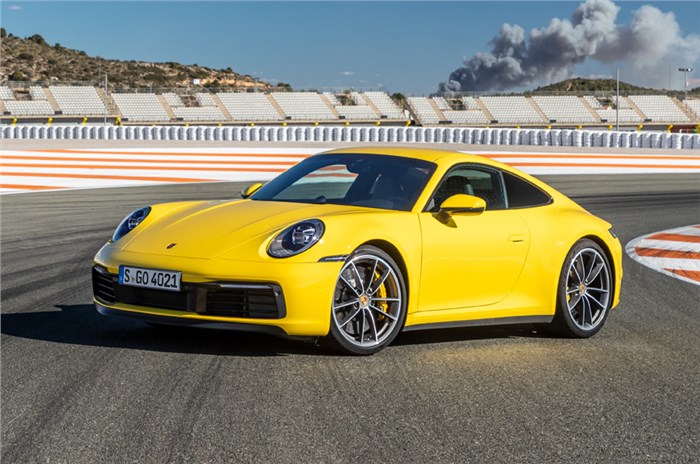 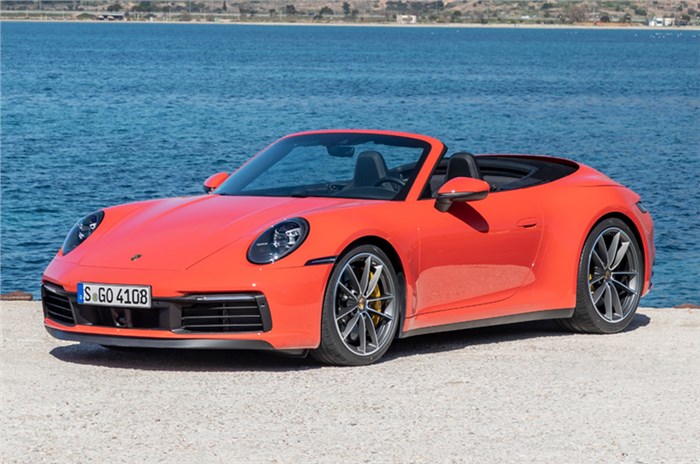 The new 911 (992 series) retains the shape and basic silhouette of the previous-gen model but receives a few styling changes. The most prominent changes, however, is under the hood as the new 911 now comes with a more powerful, flat-six turbo-petrol engine. There's also some new driving tech and a raft of mechanical and technological upgrades to make the new 911 quicker than its predecessor.

The 3.0-litre turbocharged unit mounted at the rear puts out 450hp and 530Nm, which is up 30hp and 30Nm over the previous model, and mated to the 8-speed automatic, the claimed 0-100kph time is down by 0.4sec to 3.7sec. The optional Sport Chrono Package (launch control, a quicker-shifting gearbox and a Sport Response function) makes it a further 0.2sec quicker. However, at 308kph, the top speed is higher by a marginal 2kph.

In terms of styling, the new 911 looks more muscular and features a more prominent splitter, a trio of larger cooling ducts and a longer bonnet. The new headlights (with optional matrix LED tech) are mounted within wider front wings. It also gets new door handles that sit flush within the body when the door is closed for added aerodynamic efficiency.

At the rear, Porsche has added in a new spoiler and revised OLED tail-lights that are connected by a full-width LED light band. Other changes here include revised badging, a heavily restructured bumper, large oval tailpipes and a new, vertical, third brake light that's integrated into the black tailgate grille. Porsche says the overall profile of the new 911 appears more compact, more polished and more technical.

On the inside, the new 911's dashboard sports a more angular design and comes with a new multi-function steering wheel with the Sports Response rotary dial that allows the driver to alter drive modes. While the rev counter in the instrument cluster is analogue, the other dials are digital. Porsche has also added a 10.9-inch touchscreen as standard for the Porsche Communication Management system.

Globally, the new 911 is also available in the Carrera 4S version (all-wheel-drive), but India, for now, has received only the S (rear-wheel-drive) version. Porsche has plans to offer more variants such as the lower-powered Carrera and Carrera 4, and the more powerful GTS and Turbo model in the future. A plug-in hybrid version of the 911 is expected to arrive with the facelift in 2022.