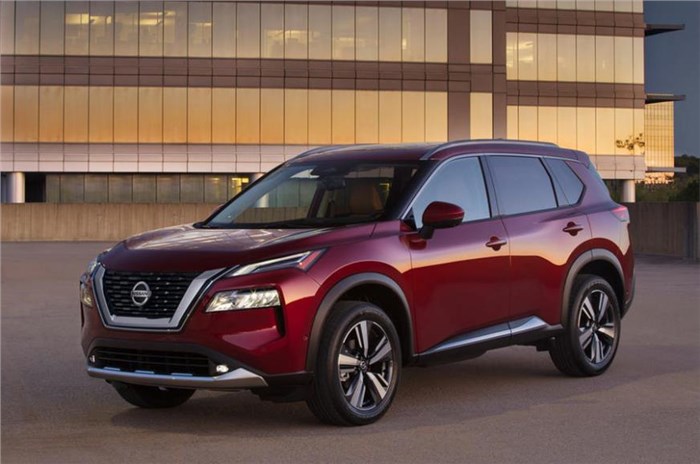 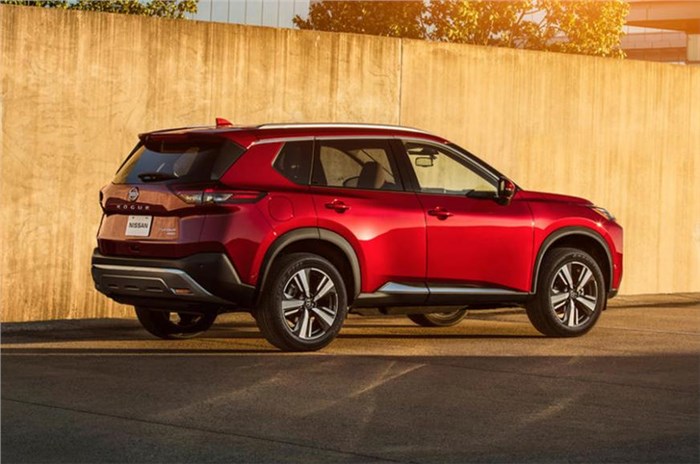 Nissan has revealed the third generation of its US-market Rogue SUV, which is expected to go on sale in Europe next year with subtle alterations as the new X-Trail.

The Rogue, Nissan’s best-selling SUV, has been re-engineered with a focus on technology and is targeted primarily at young families.

How has the Nissan Rogue (X-Trail) changed on the outside?

The rear end design is more evolutionary, but a reshaped spoiler, new tailgate and double-bubble roof design set the new car apart from its predecessor.

The Mk3 Rogue is 38mm shorter and sits 5mm lower than its predecessor, with Nissan saying this improves “driving manoeuvrability”. New design features including an active grille shutter, reshaped A-pillars, tyre deflectors and underbody covers have been introduced to bolster the SUV’s aerodynamic efficiency.

What are the changes under the Nissan Rogue’s (X-Trail’s) skin?

The Rogue has moved across to an all-new platform that is said to bring enhanced dynamics alongside a raft of new chassis control technology. The newly introduced Vehicle Motion Control system, for example, monitors braking, steering and accelerator inputs, intervening when necessary in difficult driving situations.

How has the Nissan Rogue (X-Trail) changed on the inside? 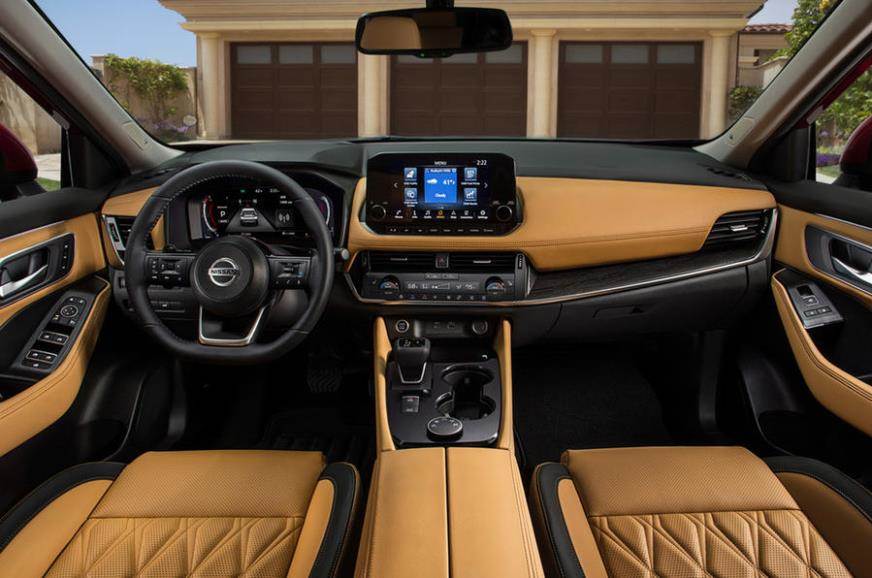 Inside is where the Rogue has been most visibly re-engineered, with a so-called Family Hub interior layout that brings enhanced comfort and usability.

Both rear passenger doors open to 90 degrees to improve ingress and egress for child seats, which can be installed on either end or the middle of the rear bench, while Nissan has made its Intelligent Key software compatible with the rear doors as well as the front.

Additional interior upgrades include a new ‘butterfly’-style centre console that makes it easier to pass objects from the front seats to the rear, Nasa-inspired lumbar support seats, and an optional Intelligent Climate Control function which can be used to set the cabin temperature before entering the car.

What are the powertrains on offer in the Nissan Rogue (X-Trail)?

Just one engine is available in the US from launch – a 2.5-litre four-cylinder petrol with power bumped up from 170hp to 181hp and torque from 237Nm to 245Nm. The Europe-bound X-Trail is unlikely to offer this powertrain; it will more likely use evolved versions of the smaller-capacity petrol and diesel units offered in the current car, while ushering in a new hybrid variant.

How is the Nissan Rogue (X-Trail) relevant to India?

As mentioned, the new Rogue essentially previews the upcoming, next-gen, Euro-spec X-Trail. Though a date for the Mk3 X-Trail’s unveiling is yet to be confirmed, it will likely take place before the end of 2020.The Rogue/X-Trail duo rival models like the Toyota RAV4, Skoda Kodiaq and Volkswagen Tiguan in international markets.

Though the current-gen X-Trail is not part of Nissan’s India line-up, the automaker did have the  first-gen X-Trail on sale in our market between 2009 and 2014. Nissan was planning to bring the second-gen of the  SUV to India for a Diwali 2015 launch, however that planed was later shelved. The company has showed no indications of introducing the upcoming third-gen model in India either. However, it did recently launch the BS6 version of the Kicks midsize SUV with a powerful new turbo-petrol engine. The next big launch that Nissan has line-up for our country is the Maruti Suzuki Vitara Brezza and Hyundai Venue fighter, the Magnite compact SUV, whose design was partially revealed recently.