The full-size SUV would be brought in as a full import under the ‘homologation-free’ category; will be a petrol-only offering. 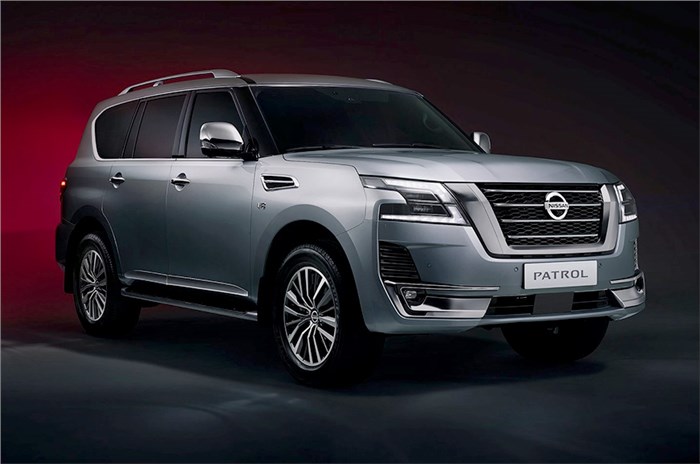 Nissan is considering its range-topping Patrol SUV for launch in our market. The XXL-sized SUV would serve as a brand builder at a time when the Japanese carmaker is seeking to reinvent itself in India. If the plan gets the go ahead, the Patrol will be brought in as a completely built unit, under the new rules that allow a carmaker to import up to 2,500 units without the need for homologation.

The rugged, body-on-frame Nissan Patrol is a legend in the SUV world and has cemented its reputation as an indestructible model over six generations. The current-gen Patrol has been on sale in markets abroad since 2010 and has received a second facelift in end-2019. A redone front end has helped freshen up the SUV’s look, but what’s a bit of a shame is that only left-hand drive models get an interior update that sees the switch to a more modern dashboard. As you can imagine, the 5.1m-long and near-2m-wide SUV is enormous on the inside, with a cabin that offers loads of room for all three rows of passengers.

India will likely get the Patrol in the same spec it is sold in right-hand drive markets, like Australia and South Africa. That means there will be only one engine on offer – a 5.6-litre, V8 petrol that makes 405hp and 560Nm of torque. Power is sent to all four wheels via a 7-speed automatic gearbox. The model also has a rear locking differential. It is worth noting that a smaller 4.0-litre, V6 petrol is also available in the UAE market.

Of course, the Patrol won’t come cheap, with prices likely to be upwards of Rs 1.5 crore. If launched, the Patrol will be up against the Lexus LX and Toyota Land Cruiser, with the latter expected to make a comeback in BS6 form.

While the towering Patrol could still be some time away, Nissan will bring out its new compact SUV for India (code:EM2) in the coming months.