We tell you why you should be interested in Nissan's Magnite compact SUV. 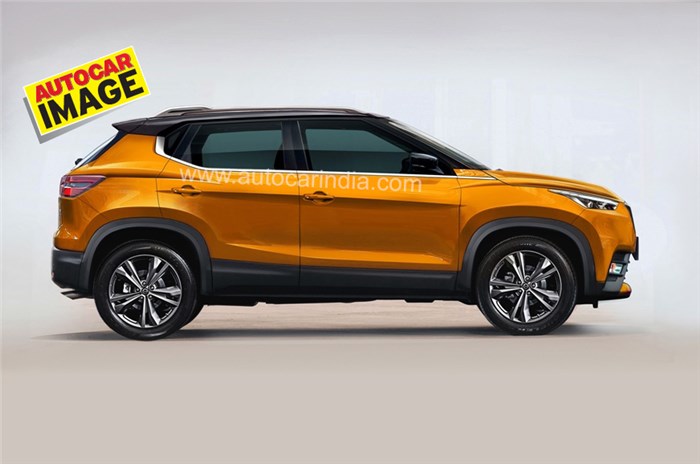 Nissan’s next big launch in India is the Magnite compact SUV. Why should you be interested in one? Read on to know.

It will look unique

Nissan is banking on a striking design to help the Magnite stand out from the current crop of compact SUVs. The Magnite will have a crossover stance with chunky wheel arches lending the necessary visual mass. Headlight and tail-light clusters with LED elements, two-tone body paint and premium set of alloy wheels will add the necessary flash to the look.

No diesels but it will get a turbo-petrol engine

Lower versions of the Magnite will come powered by a72hp/ 96Nm, 1.0-litre, three-cylinder BR10 petrol engine from the Renault Triber. A 5-speed manual gearbox will be standard, while an AMT auto is on the cards. Things will be more interesting higher up the Nissan Magnite range. Higher-spec versions of the compact SUV will debut a new 1.0-litre, three-cylinder, HR10 turbo-petrol engine that will make around 95hp. The punchier engine can be mated to either a 5-speed manual gearbox, or a CVT automatic transmission, which is unique in the segment.

It will have big car features

In an attempt to get a jump over the well-entrenched competition, Nissan will pack the Magnite to the hilt with equipment, some of it from a segment above, like a 360-degree parking camera. Also on offer will be connected car tech from the Kicks, a massive touchscreen, auto climate control and steering-mounted controls.

It will have a small car price tag

According to sources in the know, Nissan Magnite prices will start at around Rs 5.25 lakh for the base variant, and even the turbo-petrol with a CVT could have a sub-Rs 6 lakh (ex-showroom) price tag. The Magnite’s disruptive pricing could help Nissan lure buyers away from rival manufacturers' SUVs. To put things in perspective, the Maruti Suzuki Vitara Brezza is priced at Rs 7.34-11.15 lakh*, the Hyundai Venue petrol comes in at Rs 6.70-11.35 lakh*, and the Tata Nexon petrol range is between Rs 6.95-11.20 lakh#. The BS6 update has seen prices for the Ford EcoSport petrol go up to Rs 8.04-11.43 lakh*, and the Mahindra XUV300 being positioned at Rs 8.30-11.84 lakh#.

Nissan is gunning for an August launch for the Magnite and hopes to utilise the momentum in the run-up to the festive season. While the COVID-19 outbreak could alter that timeline, if all goes according to plan, the company could end up with a crucial first-mover advantage over the closely related Renault Kiger which is slated to arrive only by Diwali 2020.