New open-cockpit Speedster limited to 399 units; to sit between Senna and Speedtail in McLaren’s Ultimate series. 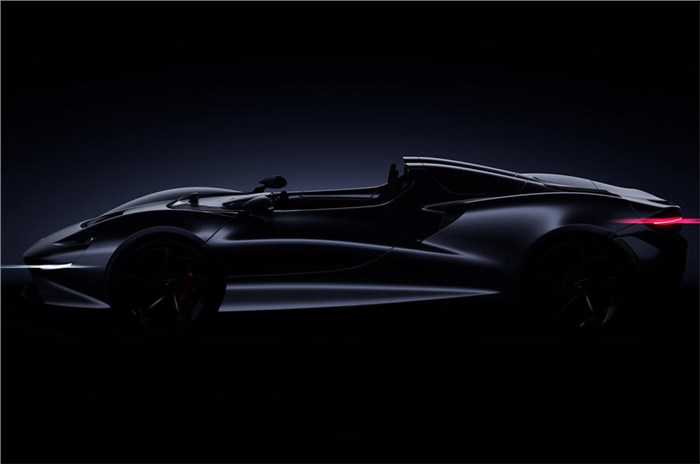 McLaren has confirmed that it is developing a new limited-run two-seat open-cockpit roadster as its next Ultimate Series model, as revealed exclusively by our sister publication Autocar UK.

The yet-to-be-named new machine, which, the firm claims, will offer its “purest driving experience yet”, will make its debut in 2020 and have a limited production run of 399 cars. Company boss Mike Flewitt announced the car during a customer briefing at the Pebble Beach Concours.

It will sit between the track-focused Senna and the 402kph ultra-streamlined Speedtail hyper-GT in McLaren's Ultimate Series range, which dates back to the P1 supercar from 2013.

The new roadster will be aimed at providing “road-focused driving pleasure”, with a bold open-cockpit design. Although the firm hasn’t given any technical details yet, the new model will use the firm’s traditional carbon-fibre chassis and a version of its long-running 4.0-litre V8 twin-turbocharged engine. Autocar understands that the roadster will be a lightweight design and is tipped to weigh less than the 1,198kg Senna.

McLaren is taking expressions of interest from customers for the car, which is set to be priced between the £750,000 (around Rs 6.5 crore) Senna and £2.1 million (around Rs 18.1 crore) Speedtail hyper-GT. With the new model due in 2020, it will likely go into production after the final examples of the Senna GTR are completed.

The new speedster will take on the forthcoming open-cockpit Ferrari Monza SP1 and SP2 roadsters.