A definitive decade-wise list of the fastest cars the world has ever seen through the years since 1903. 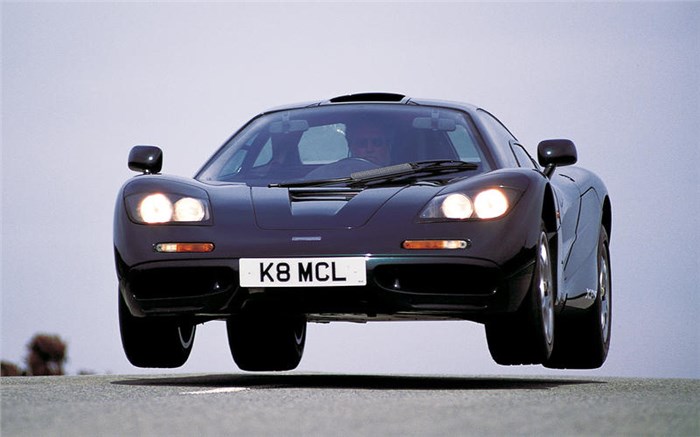 After the launch of the combustion-powered Benz Patent-Motorwagen in 1885, the fastest cars in the decade or so were powered by steam rather than oil. This is because the first internal combustion engines (ICE) of the time were considered neither powerful, nor reliable.

That's why the fastest car of the 1890s was the Steamer, from Massachusetts-based manufacturer, Stanley. The Steamer cracked 56kph –  more than three and a half times the Benz’s 16kph speed.

134 years since that point, we are now looking at the advent of electric supercars that may give the ICE cars a challenge to survive the next decade. Here we’re looking at the fastest cars anyone could actually go out and buy. We start in the 1900s, and work forward decade-by-decade from there: 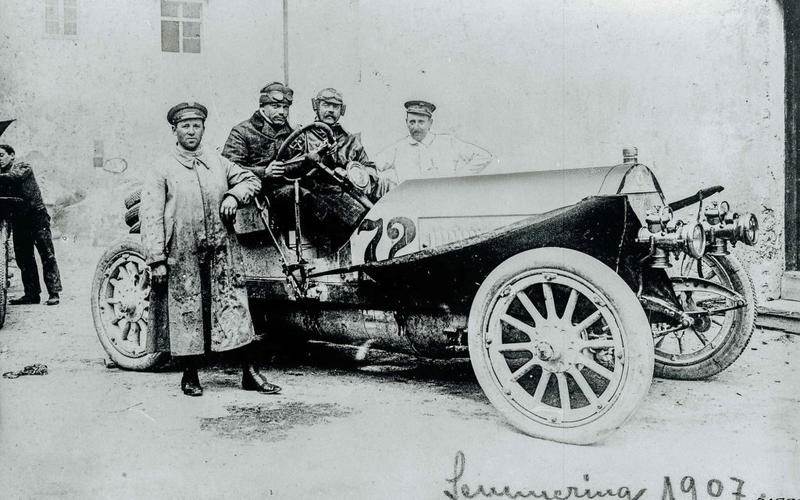 Developed as a luxury car in 1903, the Mercedes-Simplex 60HP cranked out a whole 60hp from its 9,293cc straight-four-cylinder engine. This helped boost the car to a nearly unheard-of top speed of 117.482kph. A more powerful one-off version broke the land-speed record in 1904, hitting 156kph. 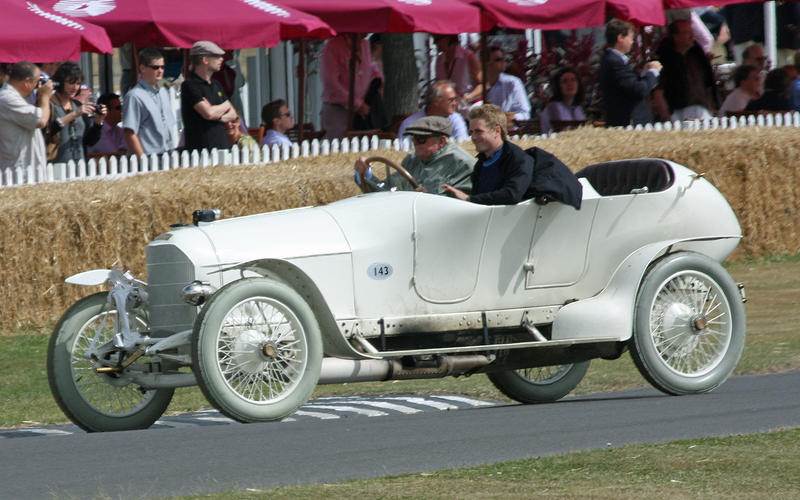 The engine in this Austrian car was a 5,714cc in-line four-cylinder, developing 95hp. It was designed by some fellow called Ferdinand Porsche. Whatever happened to him? 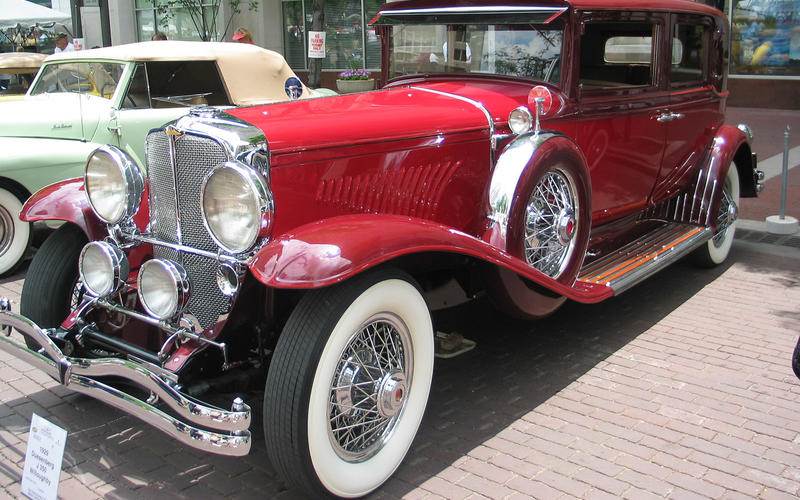 The Model J’s 6,900cc straight-eight put out an almost unworldly 265hp. It featured various groundbreaking technologies including a twin-plate clutch, electric and mechanical fuel pumps, and hydraulic servo brakes. Around 430 units of this car were made. 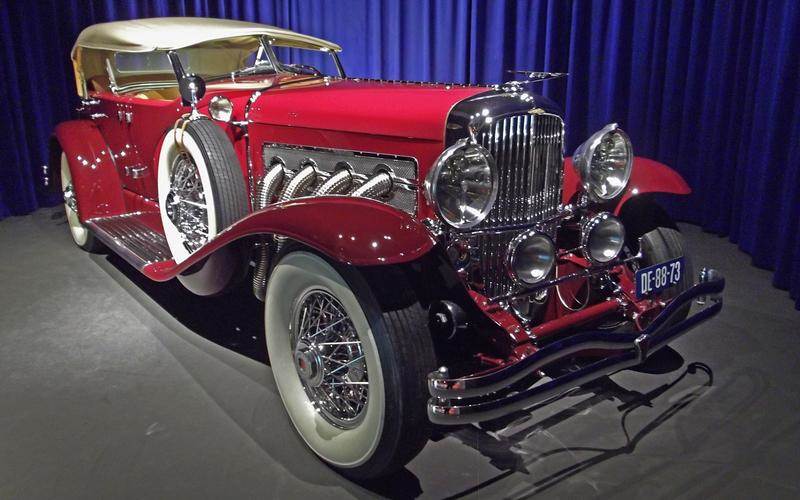 Not resting on its laurels and ignoring the serious economic storm clouds of the era, Duesenberg trumped the Model J with a new supercharged version – the SJ. This 320hp output pushed the car to achieve 168kph in second gear (when it only had three). This beauty deserved a better fate. Company founder Fred Duesenberg died from car-accident injuries only two months after the SJ's launch, and the depression eventually sunk the company in 1937. Just 36 SJs were made. A shorter version, the SSJ, owned by movie star Gary Cooper was sold for USD 18 million in 2018, making it the most valuable car in American automotive history. 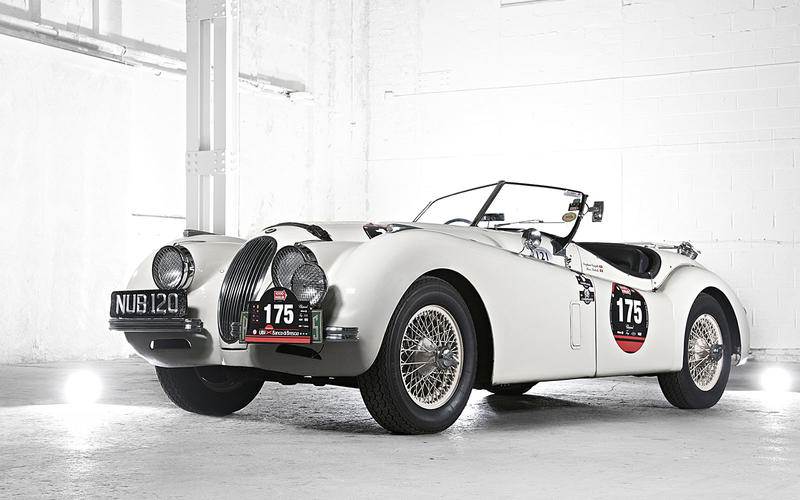 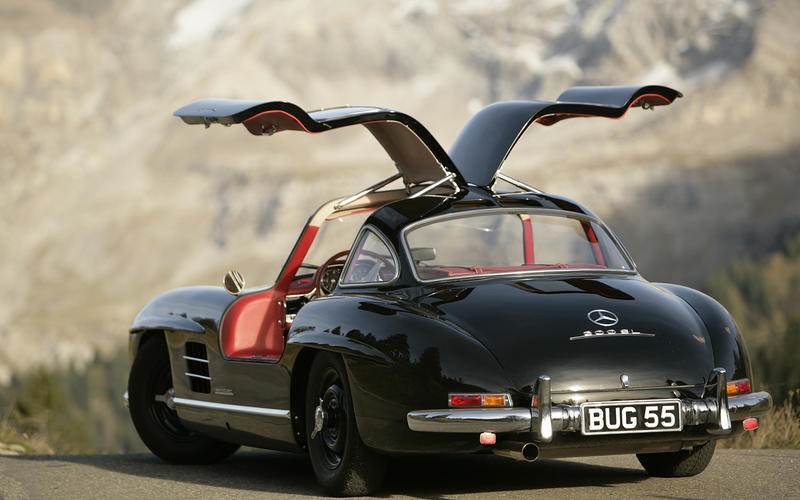 Contrary to popular belief the 300SL was not the first fuel-injected car; that title is held by the rather-less-famous Goliath GP700. Beloved of movie stars, the gull-winged doors of the 300SL were just one feature of this remarkable car that stood out – its splendid slender, low-roofed body, jewellery-like grille, complete with intriguing wheel-arch blisters. After a hideous period for Germany and Europe, the 300SL became a symbol of the country’s recovery. It wasn’t all new, though. Its 2,996cc 215hp straight-six was derived from the Daimler-Benz V12 engine fitted to the Messerschmitt Bf109 Second World War fighter plane. 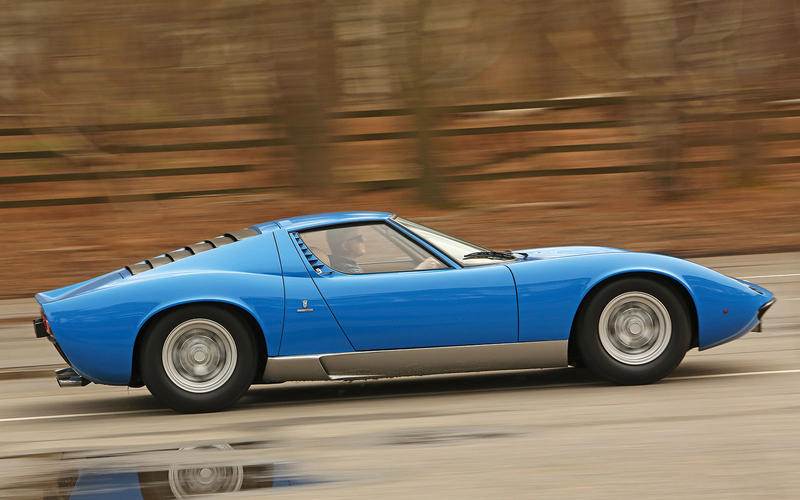 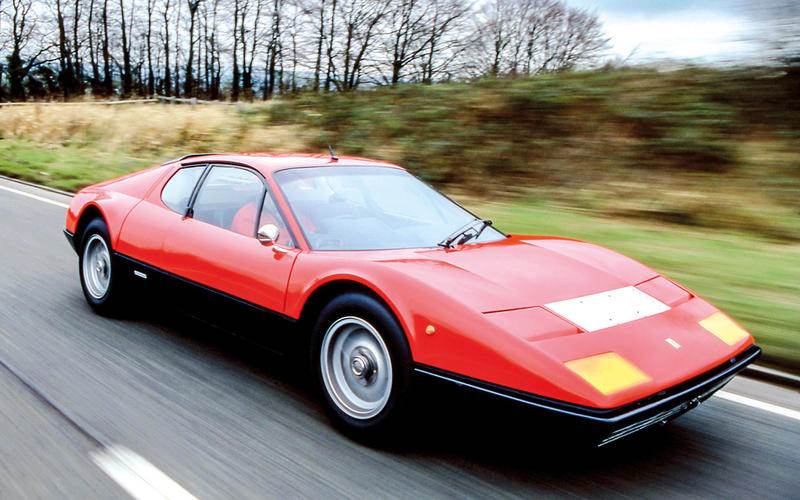 The success and speed of the Miura convinced Ferrari to go down the mid-engined route for the successor to its famous Daytona. After the earlier 365 GT4, the 512 of 1976 featured a 4943cc flat-12 cylinder engine (hence the ‘boxer’ name), making 335hp. 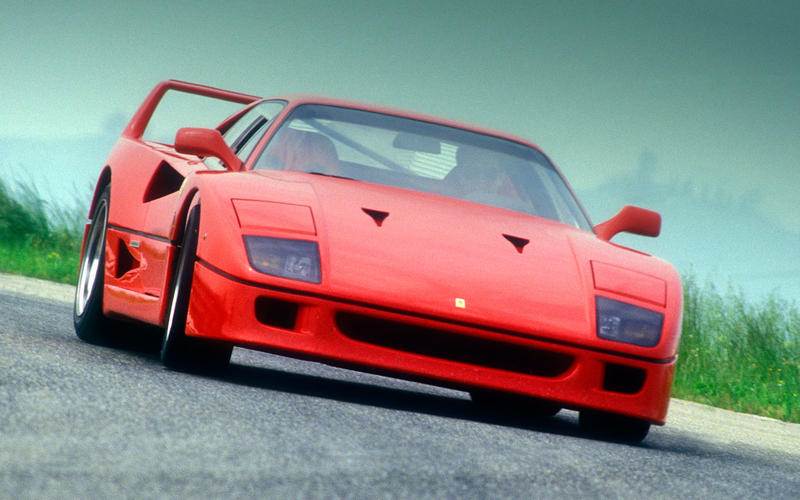 There’s a delicate beauty in that 308-esque glasshouse, but the F40 is mostly about the beauty of raw power and applying it to the road. Unabashedly crude in places – and wonderful for it – this car's mid-mounted 2936cc V8 had twin-turbos, developing 471hp. 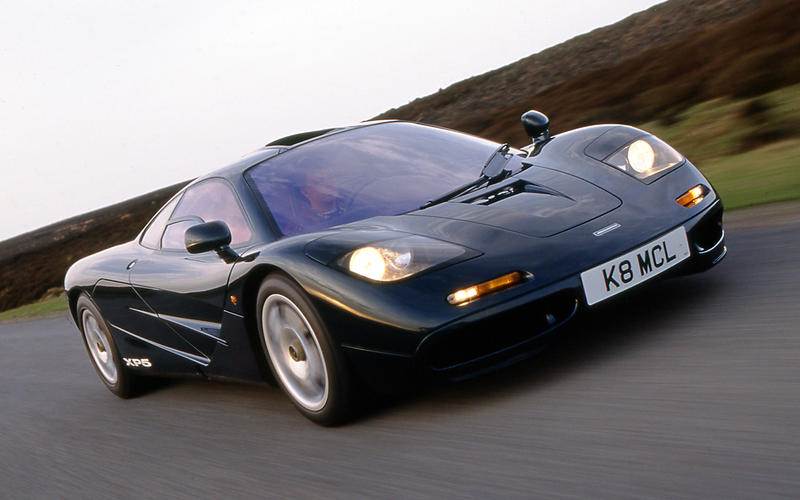 When you're building a car that costs as much as this car did, you don't skimp on specifications. That's why McLaren used the F1 to introduce the world to the carbon-fibre monocoque body style. Enveloping a three-seat, 386kph supercar so that it doesn’t take off, weighs as little as possible and stays cool, is some feat – especially when the result sparks seven-figure spikes of desire. Its 6,064cc BMW V12 engine developed 618hp.

McLaren are soon set to publicly reveal the new Speedtail. The hybrid hypercar is said to produce 1,070bhp from a 4.0-litre V8 hybrid powertrian and will be capable of a 402kph top speed. We can't wait... 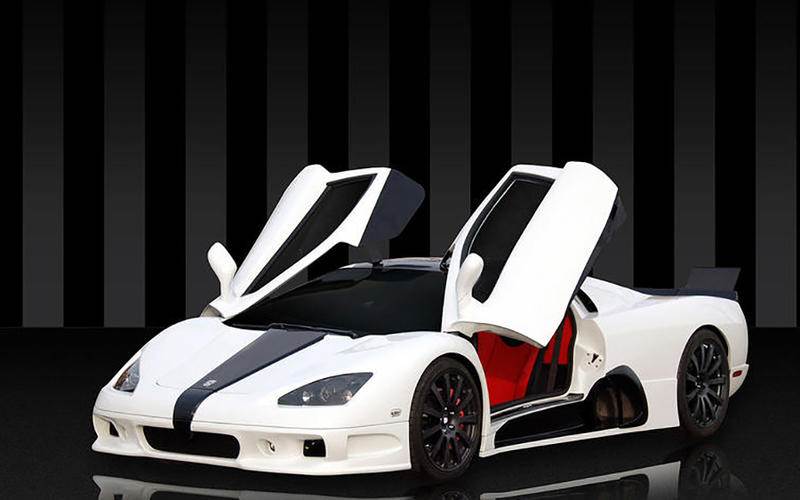 Since the Duesenberg's demise, this story has been dominated by European firms. In the new century, Shelby changed the script with this 1,183bhp monster. Power came from a 6,345cc V8 borrowed from a Corvette C5; and you had to be careful with it – neither ABS nor traction control was on this car’s spec sheet. 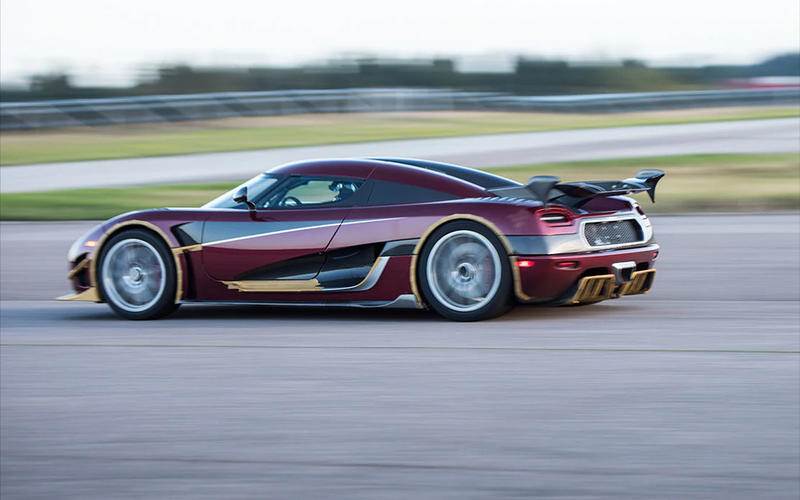 Having seen the top speed of its 2005 Veyron trumped by the Shelby, Bugatti returned to the fight with its upgrade, the Veyron Super Sports: 1,200hp from its 7,993cc W16 engine that cracked 431kph. But in 2017, the Swedish Koenigsegg Agera RS recorded a speed of 447kph from its 5,000cc twin-turbo V8, which made 1,360hp. American firm Hennessey hopes to become the first production car to crack the 300mph (483kph) barrier with its new Venom F5. 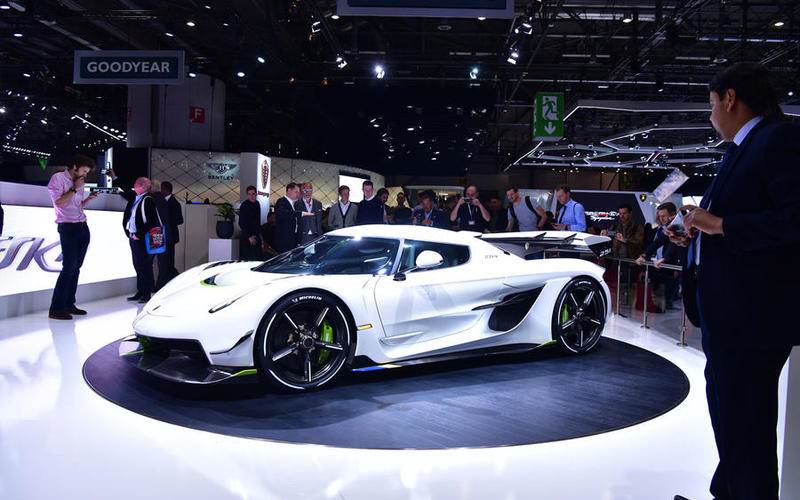 At the 2019 Geneva Motor Show Koenigsegg revealed the USD 3 million worth, 1,600hp Jesko hypercar. The manufacturer hopes that it will be the first car to break the 483kph barrier.