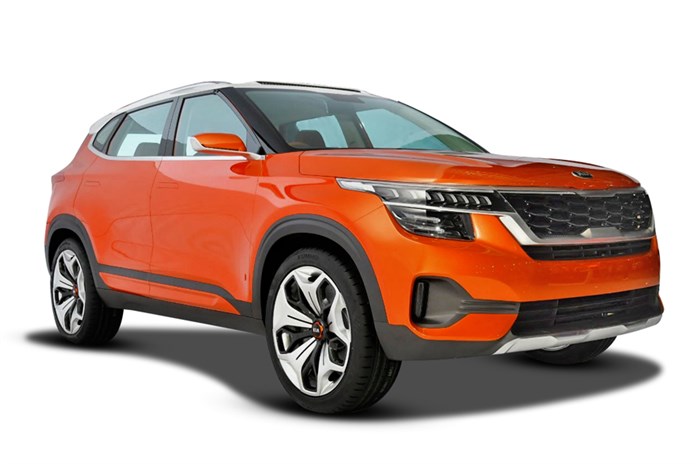 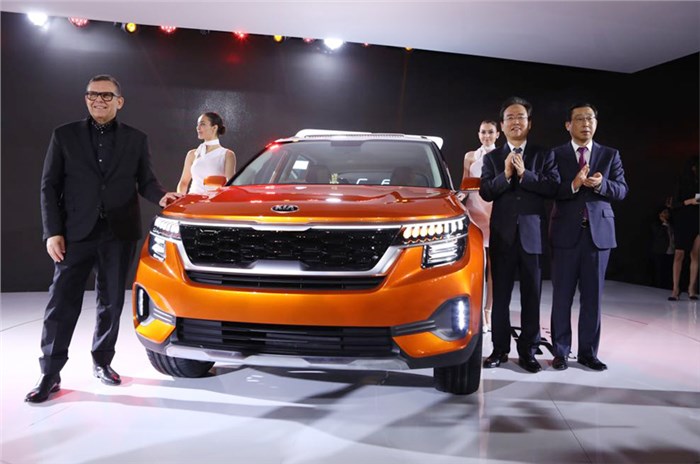 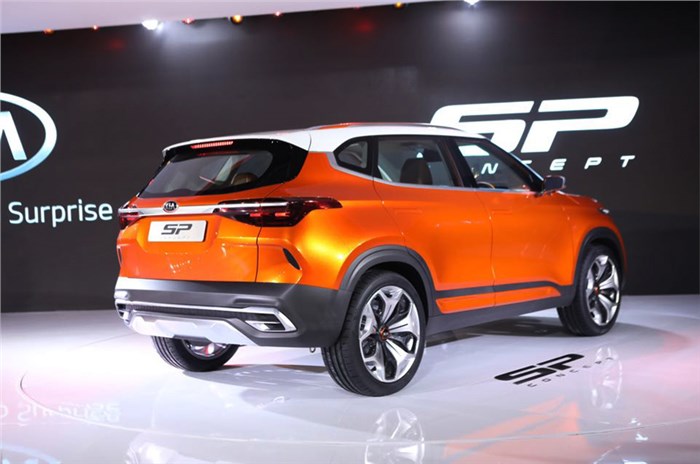 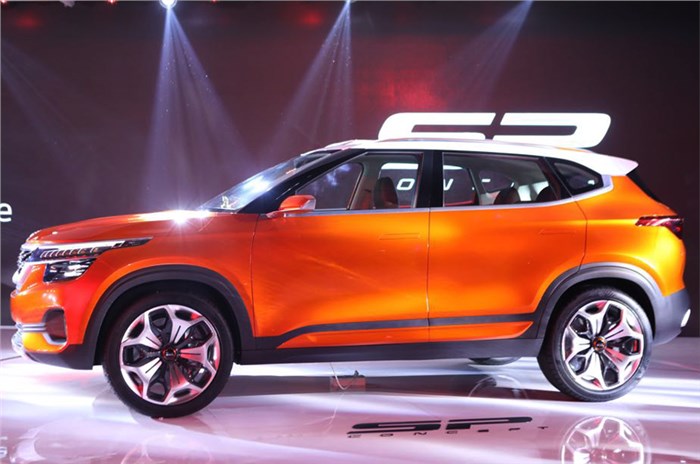 One of the biggest stars of the 2018 Auto Expo has to be the Kia SP Concept. That’s because not only is it the launch pad for the Kia brand in India, it also represents the first model the brand will put on sale here, come 2019.

The company is already underway on its 1.1-billion-dollar factory in Andhra Pradesh, and despite a wide range of models to choose from its international range (most of which are also on display at Kia’s Auto Expo stall), the production version of the SP Concept SUV is what will roll off the production line and into showrooms first.

This is a far more rigid and square-edged take on Kia’s design language, perhaps deliberately, as usually even the SUVs have softer edges and curved surfaces. However, take a step back, and the Kia family resemblance is clear, starting with the ‘Tiger Nose’ grille at the front. This is a staple of every Kia model currently on sale. The slim headlamps are reminiscent of the Kia Optima, but from them extend a set of large fog lamp units. The clamshell bonnet has a pair of subtle ridges and the sides of the car are pleasingly devoid of drama. There are, of course, oversized wheels – this is a concept car, after all.

The tail does have some chrome at the base and across the tailgate, but it’s the tail-lamps that are very familiar. They look quite similar to those on the Hyundai Creta and that’s interesting, because that will be this car’s chief rival in production form. Kia is also Hyundai’s sister company, so the possibility of platform commonalities isn’t unlikely either.

Still, we’ll have to wait for the production version to show its true face, and mechanical setup, before we draw any more conclusions, but until then, we can look at this concept as a statement of Kia’s commitment to India. It was designed specifically with our market in mind, after all.