Expected to be unveiled in August; new Honda SUV will most likely be the successor to the outgoing BR-V. 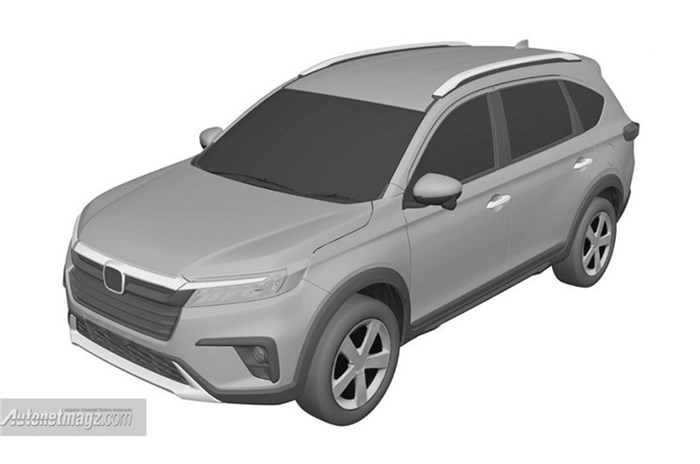 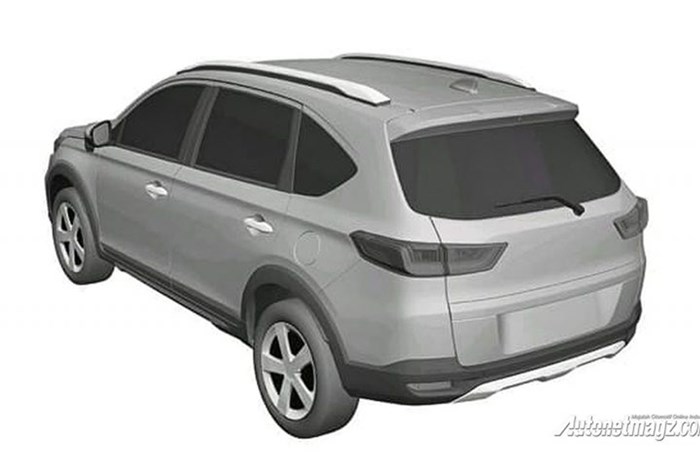 Honda's upcoming three row SUV gets an early partial reveal, thanks to leaked patient images that have surfaced online. The new Honda SUV will be the production version of the recently unveiled  N7X concept that will be shown to the general public sometime in August.

Honda N7X based SUV: What do the patent images reveal?

The production-spec Honda SUV looks very similar to the N7X concept. Styling details are more or less the same as the concept which include an upright nose, a large greenhouse, long-ish wheelbase and a rounded rear. A closer look reveals a few production-spec elements that are visible in these patent images. These include slightly altered headlamp units with integrated daytime running lamps, a simpler front bumper design with conventional round foglamps and a milder front chin with faux brush aluminum finish.

On the sides, the wheel design seems to be simplified as well, with typical Honda-style five spoke units. Apart from this, the side skits see a mild re-design and those are all the changes that differentiate the production-spec SUV from the N7X concept.

The new SUV from Honda will come with quite a few variants, all equipped with a 1.5-litre petrol engine. This is the same powerplant as in the Honda City and a few other global models from the brand. Power and torque output for this engine should be around 121hp and 145Nm, respectively. Gearbox choices will include a 5-speed manual and a CVT automatic. Though, it doesn’t seem like the model will get a hybrid powertrain.

Honda N7X based SUV: Is this a BR-V replacement?

While the market name of the N7X production version is not yet revealed, sources tell us that the model will most likely be called the new Honda BR-V. Though the Honda BR-V may not be on sale in India anymore, the three-row vehicle is a popular model in markets like Indonesia.

In Indonesia, where Honda had unveiled the N7X concept, a production version of the model will be the brand’s answer to the popular Toyota Avanza, Daihatsu Xenia and other three-row midsize SUVs sold in Indonesia. The concept's familiar Honda design cues are expected to continue on the production car, which we feel would end up looking a lot like a smaller iteration of the CR-V.

As far as India goes, Honda pulled the plug on the slow-selling BR-V and the brand currently has no product in the 7-seat category in our market. While a production version of the N7X concept could be a good contender for India, there is no update from Honda on this vehicle. The company currently sells the City and the Amaze in India and is expected to launch a mild-hybrid version of the former in the near future.