The launch will take place via a digital conference. 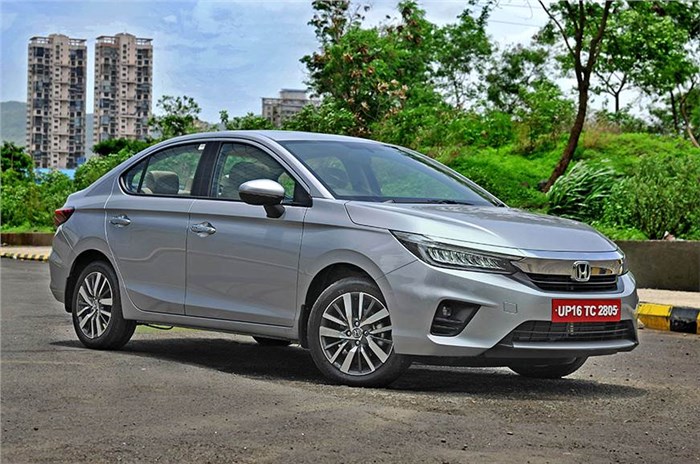 After a slight delay due to the COVID-19 pandemic, the fifth generation Honda City sedan will be launched in our market on July 15, 2020. Honda began production of the new model late last month, and it has already started accepting bookings for the midsize sedan.

What is new with the fifth-gen Honda City?

For starters, the upcoming City is based on a new platform that is claimed to be lighter and more rigid than the outgoing models'. Honda has equipped the fifth-gen City with an all-new, twin-cam 1.5-litre petrol engine that produces 121hp and 145Nm of torque. The diesel offering will be the 1.5-litre unit from the older City that has been upgraded to meet BS6 emission norms; it makes 100hp and 200Nm of torque. Gearbox options will consist of a 6-speed manual and a CVT automatic (with paddleshifters) for the petrol engine, while the diesel will only get a 6-speed manual.

How can you book the new Honda City?

Customers will be able book the all-new City either by physically visiting Honda Car India dealerships or online. Honda has fixed the online booking amount for the City at Rs 5,000, while bookings at the dealership will be accepted for Rs 21,000. The carmaker has already begun dispatching the new City to its dealerships across India from June 23, 2020.

What will the new Honda City compete with?

We had previously reported that the City will be sold alongside the current version. Besides its predecessor, the fifth-gen model will have to take on other midsize sedans, including the Maruti Suzuki Ciaz, Hyundai Verna, Skoda Rapid, Volkswagen Vento and Toyota Yaris. We expect the top-spec models to be priced close to the Rs 15 lakh mark (estimated, ex-showroom).