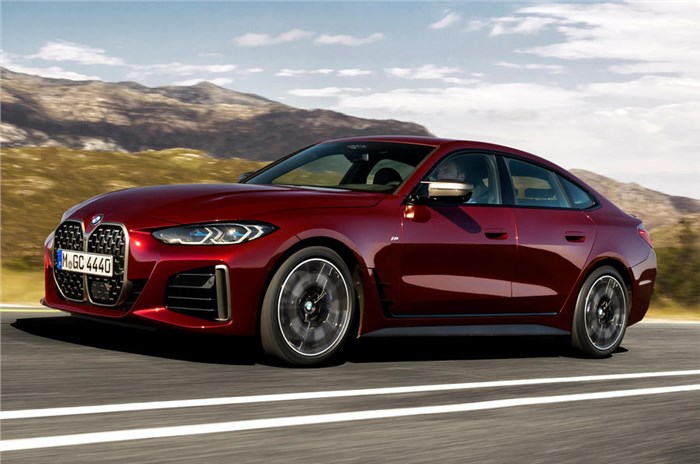 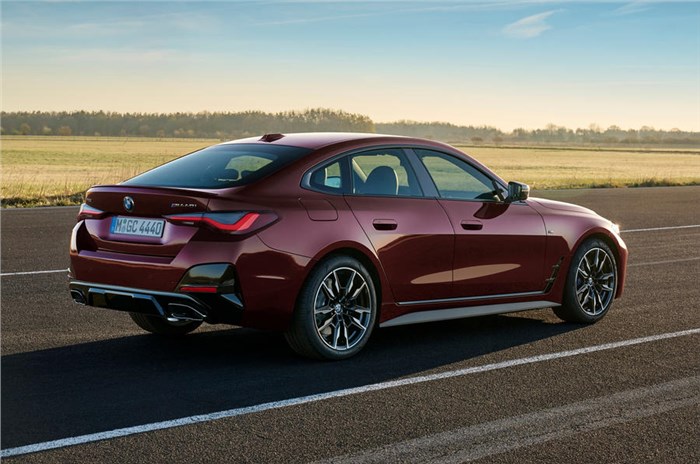 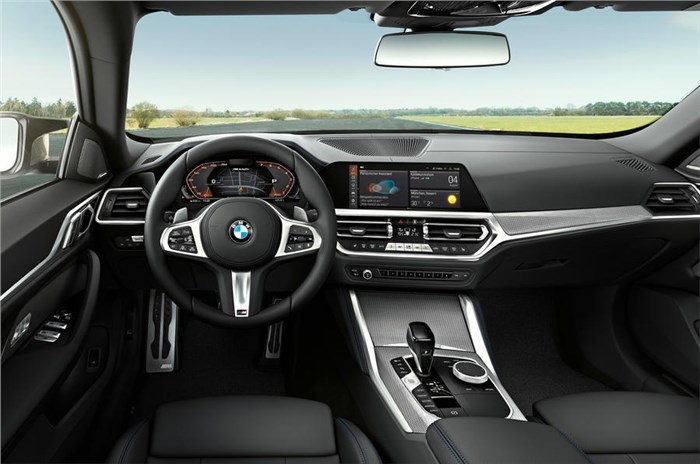 Four-door coupe arrives with a range of three petrol and two diesel models, all of which feature mild-hybrid technology.

BMW has rounded out the second-generation 4 Series range with the reveal of the new 4 Series Gran Coupé. The four-door coupé will join the existing Coupé and Convertible in the 4 Series line-up and is heavily based on the four-door electric i4.

At 4,783mm, the new 4 Series is 143mm longer than the first-gen 4 Series Gran Coupé. It is also fractionally wider and taller and it features a broader track than the latest 3 Series saloon. BMW claims the stretched dimensions allow for greater interior room, with five seats and a 470-litre boot that is 39 litres bigger than previously.

As with the rest of the 4 Series range, BMW has worked to make the styling more distinct from the closely related 3 Series, and the Gran Coupé retains the controversial large kidney grille. It features BMW’s Laserlight headlights as an optional extra and darkened LED taillights, similar to those on the new M4 Coupe. The new 4 Series Gran Coupe also gets frameless doors, which add to the visual drama.

The cabin of the new 4 Series Gran Coupe is near-identical to that of the 3 Series sedan. It is equipped with an 8.8-inch touchscreen for the infotainment, a 5.1-inch display for the instruments, sport seats and a sport leather steering wheel as standard. Optional equipment includes heated and ventilated seats, a large panoramic sunroof, a Harman Kardon sound system, a 12.3-inch digital instrument cluster and a 10.25-inch touchscreen for the infotainment system.

The range-topping M440i xDrive variant uses a mild-hybrid 3.0-litre six-cylinder turbocharged petrol unit to produce 374hp and 500Nm of torque, for a 0-100kph time of 4.7sec and a governed top speed of 250kph. This version has CO2 emissions of 181-193g/km. All variants come with an 8-speed torque converter automatic gearbox.

The 4 Series Gran Coupé is based on the same CLAR platform as the i4 and 4 Series Coupé and it benefits from a similarly aerodynamically optimised design, including an active air flap control system and an almost sealed underbody. The firm claims it offers enhanced handling compared to its predecessor.

The 4 Series Gran Coupé has a claimed 50:50 weight distribution, with BMW saying the design has been aerodynamically optimised and combined with new chassis technology to offer a sporting character. There is two-joint strut front axle suspension, with a five-link system at the rear.

As with the other 4 Series models, the Gran Coupé features lift-related dampers to control body movement and mode-specific variable sport steering, while an electronically controlled rear differential is standard on the M440i and optional on the 430i.

M Sport Pro trim packages will be offered for each engine variant, adding 19-inch wheels, a rear spoiler, M Sport seatbelts and adaptive suspension, which offers a range of drive pre-set modes, along with an adaptive setting that adapts to suit the current driving style. M Sport Pro cars also gain M Sport performance brakes that use a different set-up with four-piston fixed callipers at the front and single-piston floating callipers at the rear. A range of other M Performance Parts will also be offered.

In 2021, BMW has already launched the 3 Series Gran Limousine, the spruced up M340i, a petrol version for the 2 Series Gran Coupe and the facelifted 6 Series GT in our market. BMW India is also expected to debut the 5 Series facelift, updates for the X3 and X4, as well as the new M3 and M4 in the coming months.