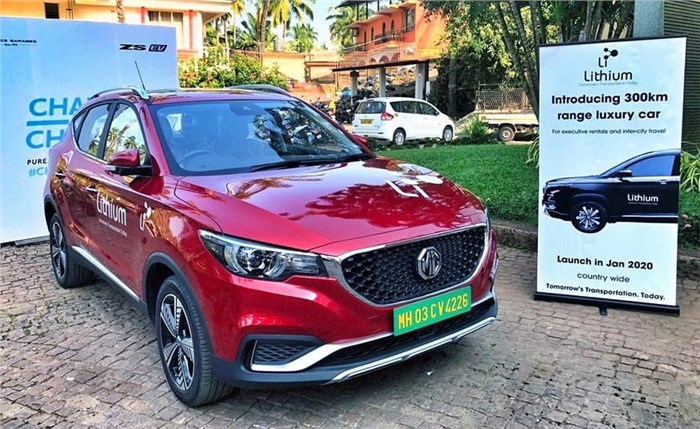 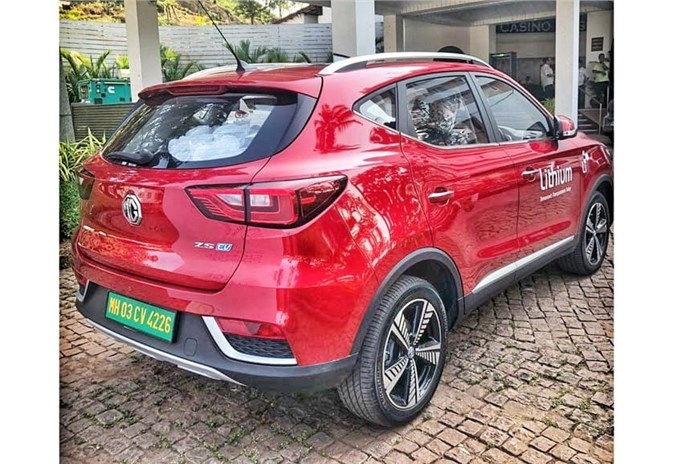 Lithium Urban Technologies has announced its partnership with new entrant MG Motor India, to offer the latter’s upcoming ZS EV on its self-drive and rental platform. The electric SUV, set to debut in India on December 5 this year, will join Lithium’s fleet of EVs from January 2020 – the month of the SUV’s official launch.

Lithium says that the SUV will be available to customers for inter-city travel and corporate use along with claiming a range of 300km for the electric SUV.

The ZS EV is MG’s second model for India after the Hector with the electric SUV set to be introduced in India in a phased manner. The e-SUV will initially go on sale in five cities – Delhi-NCR, Mumbai, Hyderabad, Bengaluru and Ahmedabad – with bookings for the model also set to open next month.

The ZS EV is expected to be offered with a 150hp electric motor that will draw power from a 44.5kWh lithium-ion battery. In this spec, the SUV has a range of 335km on the older NEDC test cycle and 262km on the newer WLTP testing cycle. Charging times are expected to be around 7hr for a full charge via a 7kW AC charger, while it will take 40min to charge from 0- 80 percent with a 50kW DC fast charger. Exact details of the India-spec model will be revealed closer to the time of its debut next month. We had a go in a prototype of the ZS EV some time back and you can read our first impressions here.

The carmaker is already begun to set up fast-charging stations at key locations across the above five cities with ZS EV customers getting free access to the facility for a limited time post the purchase of the electric SUV. Earlier in the year MG also announced a team-up with Delta Electronics India to install AC chargers – the standard charger that will be offered with the EV – either at the buyer’s home or office, as per their convenience.

MG will be locally assembling the ZS EV in India at its Halol plant, in order to keep prices in check. MG's Hyundai Kona rival is expected to be priced around Rs 22 lakh (ex-showroom) upon launch.