Bookings will also open in December, while price announcement and launch will take place in January 2020. 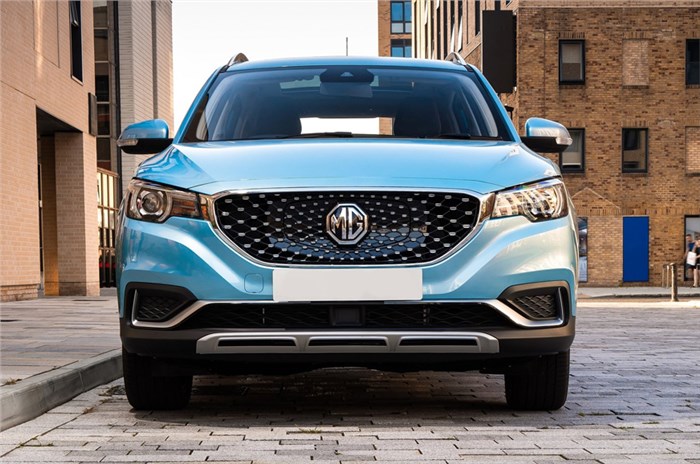 Morris Garages (MG) has officially announced that it will reveal the India-spec ZS EV on December 5, 2019. Bookings will also open in December, before the electric SUV goes on sale in January 2020.

While India-specific details are awaited, the ZS EV SUV is likely to come with a 150hp electric motor that will draw power from a 44.5kWh lithium-ion battery. In this spec, the SUV has a range of 335km on the older NEDC test cycle and 262km on the newer WLTP testing cycle. Charging times are expected to be around 7 hours for a full charge via a 7kW AC charger, while it will take 40 minutes to charge from 0 to 80 percent with a 50kW DC fast charger.

While MG does not expect the ZS EV to be a huge volume product, the carmaker will assemble the SUV in India to keep pricing competitive. Trial production of the electric SUV at its Halol plant (in Gujarat) commenced earlier this year. You can expect the sole version of the MG ZS EV for India to sport a price tag of around Rs 22 lakh (ex-showroom). The ZS EV’s only real competition will come from the Hyundai Kona Electric that is on sale from Rs 25.3 lakh.

As has been announced already, MG will initially only offer the electric SUV in five cities, namely Delhi-NCR, Mumbai, Hyderabad, Bengaluru and Ahmedabad.