MG will rely on a lower price tag and longer warranty to lure buyers away from the Innova Crysta. 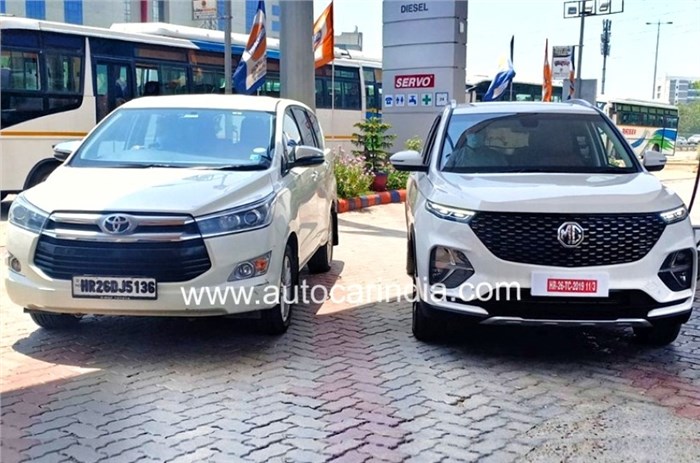 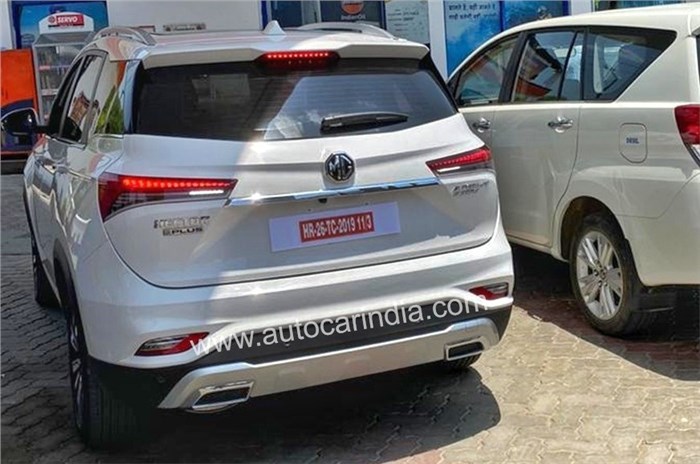 6-seat Hector Plus to take on top-end Innova Crysta

MG Motor India sources have revealed that the company is actively looking to pitch its three-row SUV as an alternative to the hugely popular Toyota Innova Crysta. “After establishing a strong customer-centric reputation with our Hector customers, we now have the confidence to go after bigger fish,” said a company source.

The Hector Plus is the three-row version of the MG Hector we’re familiar with. Identical to the standard Hector in wheelbase and body shell, the Hector Plus is expected to be only marginally longer owing to its different bumper design. Derivatives of the Hector Plus abroad are available in two seating configurations – 7-seat with a middle row bench and 6-seat with captains’ chairs in the middle row. It’s the latter that’s been spotted on test. 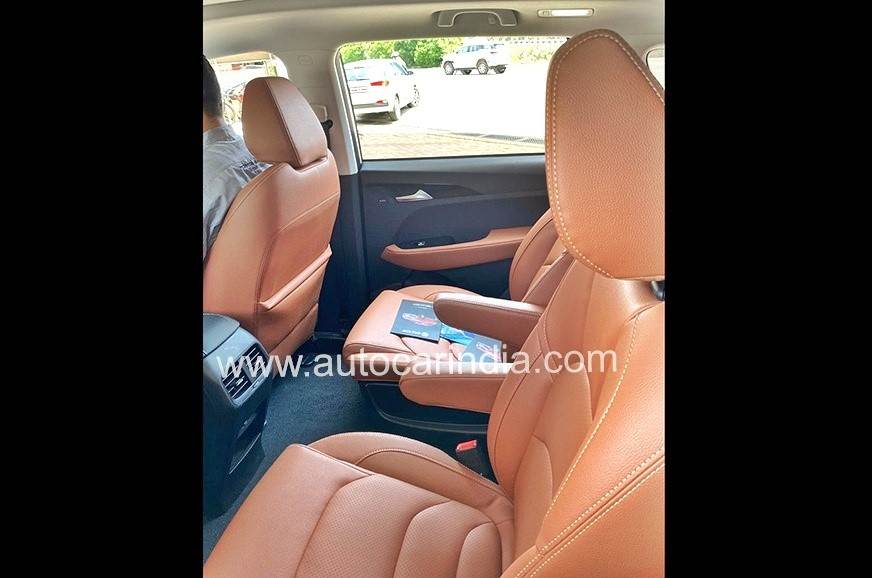 If you go by traditional segments, the MG Hector Plus will rival three-row SUVs like the Mahindra XUV500 and the upcoming Tata Gravitas. So how does MG plan to pull in the Innova Crysta, especially when the monocoque-based Hector SUV doesn’t make for an apples-to-apples comparison with the ladder frame MPV? We hear that MG Motor India has a couple of tricks up its sleeve, and the main one is pricing.

The 6-seat MG Hector Plus will be pitched as an alternative to top-spec VX and ZX 7-seat (2+2+3 layout) versions of the Innova Crysta. MG will play the price card to do this. While the popular 2.4-litre diesel-powered Innova Crysta VX manual comes in at Rs 20.89 lakh (ex-showroom, Delhi) and the ZX manual sports a price tag of Rs 22.43 lakh, equivalent versions of the MG Hector Plus will be priced about Rs 3 lakh lower.

Besides the lower price, the Hector Plus will also make an impression in brochure-to-brochure comparisons. The mainstay of the Hector Plus range will be a 170hp/350Nm, 2.0-litre diesel engine, which would give it a power advantage over the Innova Crysta. The Crysta’s 2.4-litre diesel makes 150hp and 343Nm. The Hector Plus will also have the edge in terms of features. The MG will go one-up on the Toyota with goodies like connected tech, a 360-degree camera and a panoramic sunroof, among others. With a pair of captain seats in the middle row, comfort is also another area where the Hector Plus will compete with the Innova Crysta. However, when it comes to the third row, the Toyota will have the upper hand.

A bigger challenge for MG is the Innova Crysta’s bulletproof reputation for reliability. This is the main reason why buyers spend the extra for the Toyota MPV. MG wants to target this buyer base with the promise of hassle-free ownership and will offer the Hector Plus with a 5-year/unlimited kilometre warranty as standard, along with MG Shield, which includes roadside assistance packages and a buyback program. The Innova Crysta, for reference, comes with a standard 3-year/1,00,000km warranty.

It’s a very ambitious task to take on the champion of MPVs but then MG Motor India is a company that’s not short of ambition.