How is the updated Mahindra XUV500 priced against its BS6-compliant rivals like the Tata Harrier and MG Hector? 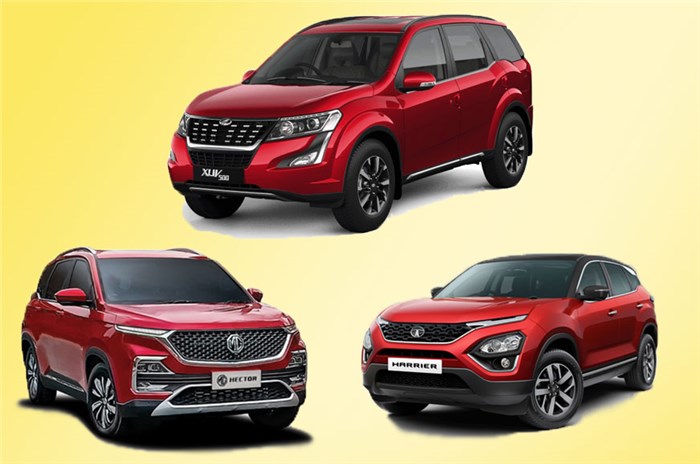 Mahindra has just revealed the prices of the BS6 diesel XUV500. As expected, BS6 XUV500 prices have increased over the BS4-spec model. Depending on the variant, the extent of the price hike ranges from Rs 29,000-32,000. It’s important to note that there’s only one engine-gearbox version on sale - a diesel-manual. The diesel-automatic has been withdrawn for the beginning of the BS6 era, while the all-wheel drive and petrol-powered versions were dropped last year.

Powering the BS6 Mahindra XUV500 is an updated version of the existing 2.2-litre diesel engine. There’s been no change to the power and torque figures, which remain at 155hp and 360Nm, respectively. Power is channeled to the front wheels via a standard fit 6-speed manual gearbox.

With the update to meet BS6 norms, Mahindra has also revised the variant line-up, trimming the count to four – W5, W7, W9 and W11(O). Question is, how does the Mahindra XUV500 compare against like-sized BS6-compliant diesel-manual rivals like the Tata Harrier and the MG Hector?

The XUV500 is the most affordable of the bunch, with an entry-level price that’s lower than the Harrier’s by Rs 49,000 and Rs 68,000 lower than the MG’s. Even the mid-spec XUV500 continues to hold its price advantage over the other two.

The top-spec version of the Mahindra is significantly cheaper than the Tata Harrier, by a Rs 1.55-1.75 lakh margin. The MG, on the other hand, is merely Rs 53,000 pricier in range-topping form but it offers a lot more kit in the top-spec trim. For the money, the Hector gets a panoramic sunroof, 360-degree camera, front parking sensors, full-LED lights and e-SIM-based connected car features, all of which are missing on the XUV500. But the Mahindra’s top variant does offer a decent amount of kit like a touchscreen with Android Auto, Apple CarPlay and navigation, a tyre pressure monitor, reverse camera, powered driver’s seat, cruise control, auto headlamps and wipers, 18-inch wheels and a sunroof. Also, The Mahindra is the only SUV here to offer an additional third row of seating.

The current-gen Mahindra XUV500 remains a formidable contender in its segment and still enjoys steady sales - thanks to its 7-seat configuration - despite being close to the end of its lifecycle. An all-new generation is likely to be launched towards the end of the year, but when it does, it will face stiff competition from upcoming 7-seat versions of the Harrier, Hector and even the Creta - namely the Tata Gravitas, MG Hector Plus and 7-seat Hyundai Creta.