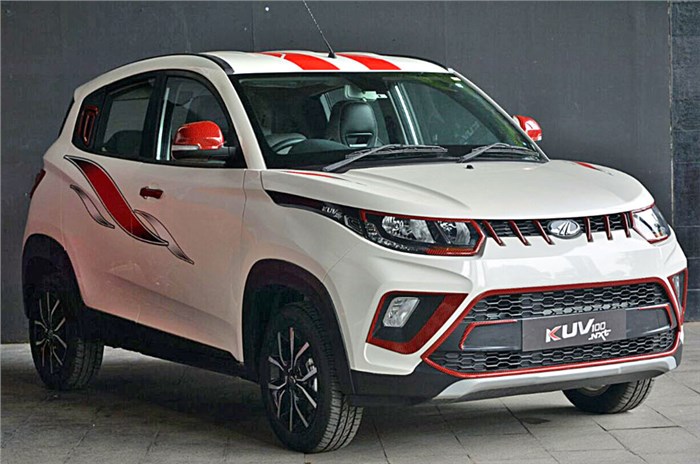 Mahindra’s KUV 100NXT has been around in its current guise in our market since late 2017. With the BS6 norms in effect, the Indian carmaker has upgraded the cross-hatch to the latest emissions regulations. The BS6-compliant KUV100NXT petrol has been launched at Rs 5.50-7.12 lakh (ex-showroom, Mumbai) in four trim levels, with all but the base variant available in a choice of 5- or 6-seater configurations. The entry-level K2 variant has been discontinued. As we had previously reported, Mahindra has also dropped the 1.2-litre diesel motor from the line-up citing low sales.

The most notable change on the new model is the BS6 compliant 1.2-litre, three-cylinder petrol engine, which produces the same 83hp and 115Nm of torque as its BS4 counterpart. The motor also continues to be paired with a 5-speed manual gearbox.

In terms of styling, no changes have been made to the KUV 100NXT, when compared to the previous models, as the exteriors still feature the same grille design, front and rear bumpers, faux skid plates and 15-inch alloy wheels (on the top-spec trim level) as the BS4 model.

Coming to the interiors, the dashboard design remains unchanged, as does the equipment on offer. The K8 version continues to come with a 7.0-inch touchscreen infotainment system (with GPS navigation), a multi-information display, steering-mounted audio controls, driver’s seat height adjust, and a cooled glovebox.

Lastly, in terms of rivals, the upgraded KUV 100NXT will continue to compete with a range of crossover hatchbacks such as the recently refreshed Maruti Ignis and the Ford Freestyle.