The special edition model gets added kit and special finance offers; based on the lower-mid-spec Super trim. 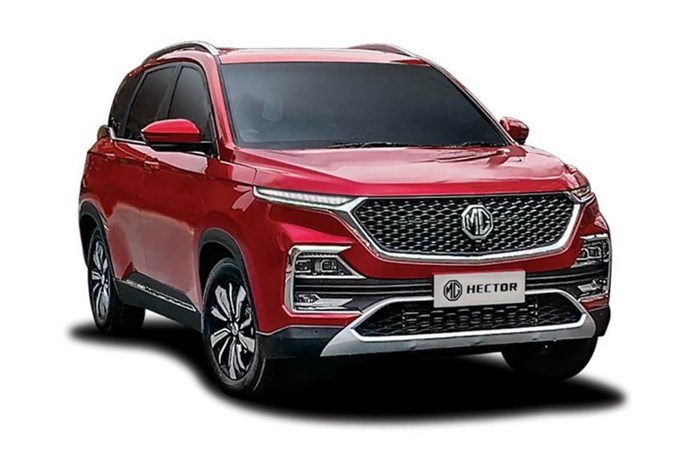 The MG Hector Anniversary Edition has been introduced. The special edition model is priced at Rs 13.63 lakh for the petrol-manual version and Rs 14.99 lakh for the diesel-manual variant (all prices, ex-showroom, India, except Kerala). To commemorate the mid-size SUV’s launch on June 27 last year, MG is providing additional kit as well as special finance offers with the Hector Anniversary Edition.

MG Hector Anniversary Edition: What more does it get?

The Anniversary Edition model is priced on par with the lower mid-spec Super trim that it is based on. However, being the celebratory version, it gets added accessories like a wireless mobile charger and air purifier, which are not available as standard, even on the higher Smart and Sharp trim levels. This puts the Hector on a more even footing with the Hyundai Creta and Kia Seltos which come equipped with these features on their range-topping variants.

MG has also provided the special edition model with Singapore-based firm, Medklinn’s cabin sterilisation tech that is said to eliminate bacteria and viruses using “active oxygen”. Other than that, there are no changes to the features list, which includes a 10.4-inch touchscreen with smartphone connectivity, LED headlamps and DRLs, alloy wheels, cruise control, dual airbags, ABS, traction control, ESP, a rear-view camera and front and rear parking sensors.

When the MG Hector was launched last year, the automaker had also introduced a buyback scheme under its MG Shield programme that assured a buyback option for the vehicle after three years, at 60 percent of the original ex-showroom price. The company is now extending the offer to the Anniversary Edition model, bundled with zero down-payment and an EMI of Rs 22,222.

MG Hector Anniversary Edition: What engine options is it available with?

The special edition mid-size SUV comes with either a 143hp, 1.5-litre turbo-petrol engine or a 170hp, 2.0-litre diesel mill. Both powertrains get a 6-speed manual gearbox as standard. The limited-run model, however, misses out on 6-speed DCT auto gearbox and 48V mild-hybrid options for the petrol powertrain.

MG Hector: Which models does it rival?

Available in four trim levels and as many engine-gearbox options, the MG Hector is priced at Rs 12.92-18.00 lakh (ex-showroom, India, except Kerala). At this price point, it not only rivals the Tata Harrier, but also the Hyundai Creta, Kia Seltos and Nissan Kicks.

MG recently launched the six-seat Hector Plus in our market. With a pair of captain seats for the second row, the Hector-derivative puts a greater focus on rear seat comfort, in addition to the flexibility of a third row of seats. The automaker is now gearing up for the market debut of the MG Gloster full-size SUV that is slated for a launch before Diwali this year.