Based on our real world tests, here’s a look at the MG Gloster’s mileage figures. 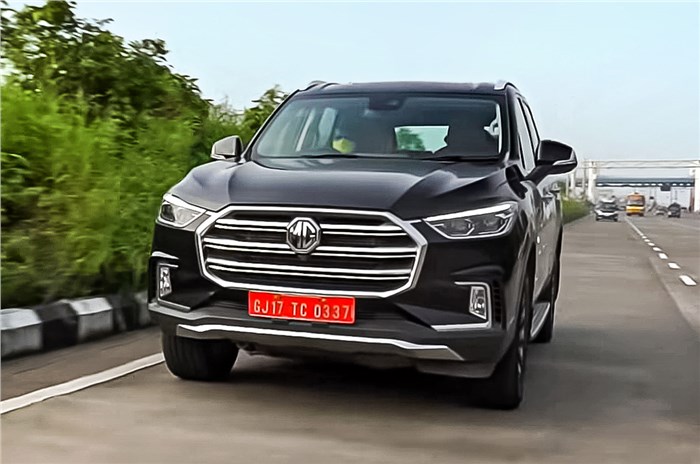 The MG Gloster is the largest, comfiest and best-equipped SUV in its segment, as we’ve stated in our mega SUV shootout. This SUV is available with a diesel engine in two states of tune – the entry-level version is available with a single turbo, whereas the top-spec comes with a segment-first twin-turbo diesel engine. We put the latter to the test to find out its real-world fuel efficiency.

What is the real-world fuel efficiency of MG Gloster?

The MG Gloster twin-turbo diesel managed a fuel efficiency of 8.4kpl in the city and 10.8kpl on the highway. For reference, the efficiency test was conducted in Eco mode, however, we couldn’t discern a tangible difference between engine or gearbox performance across the various drive modes. 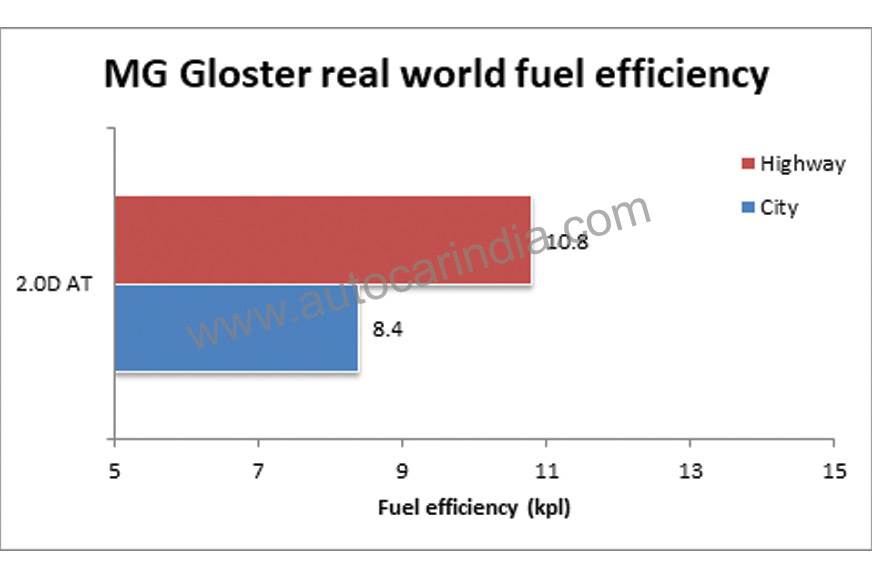 The in-house-developed 2.0-litre twin-turbo diesel engine is still the most powerful engine in its class, churning out 218hp. However, with a kerb weight of 2,518kg to haul, the Gloster has its work cut out. With poor low-speed responses, a significant amount of lag, and a constant need to prod the accelerator to get moving, this diesel engine isn’t nicely calibrated. The constant on- and off-boost in city driving conditions certainly take a toll on its fuel efficiency, and the short gearing doesn’t help its case either. Highway fuel consumption isn’t much better, because only the seventh and eighth ratios are overdrive gears. This is great when cruising at a steady speed on an expressway. However, with the engine spinning at just 1,750revs in eighth gear at 100kph, fuel efficiency will drop further when there’s a need to overtake vehicles on a narrower highway, where downshifts to fourth, fifth or even sixth gear are essential.