BYD Blade cells are said to be safer, cheaper and more energy dense, something which could make all the difference for the electric midsize SUV from Maruti and Toyota. 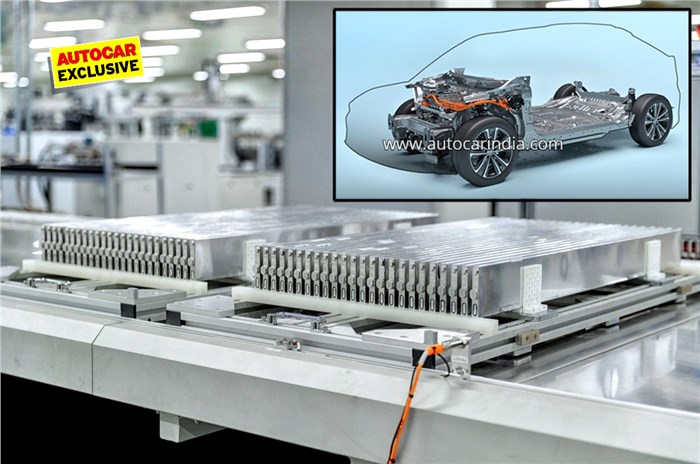 Maruti Suzuki and Toyota are gearing up to enter the EV segment in India, with their first electric model set to be a midsize SUV. Not only will the SUV be based on a grounds-up new, all-electric architecture, but it will also pack in cutting-edge Lithium-ion (Li-ion) batteries.

Dubbed ‘Blade’ batteries, they are manufactured by Chinese EV maker BYD and the Maruti-Toyota combine hopes that the battery tech will give it an edge in the cost-conscious Indian market.

So what are Blade batteries, and what is so special about them? Here’s the lowdown.

BYD Blade batteries: what are they?

There are numerous chemistries of Li-ion batteries available, but the most common types are the lithium ‘metal’ oxide (where the metal can be NMC [nickel-manganese-cobalt] or NCA [nickel-cobalt-aluminium], among others) and lithium ferrous phosphate (LFP). While NMC batteries have remained the go-to choice for Western automakers like Mercedes-Benz, BMW, Volkswagen and Ford, the LFP chemistry has found favour with Chinese automakers.

BYD’s Blade batteries are based on the LFP chemistry. They derive their name from the fact that each cell is prismatic (read: cuboidal) and incredibly long, measuring 96cm in length, 9cm in height and just 1.35cm in thickness. However, BYD claims that its Blade batteries are superior to conventional LFP cells.

NMC batteries have been widely criticised for their safety risks and the potential for spontaneous combustion in case of accidents. The cobalt content in the batteries minimises the fire hazard, but with the element being expensive, difficult to ethically source and infamous for being unfriendly to the environment, companies are hard at work to reduce the amount of cobalt in their batteries, and, instead, increase the nickel content. While this does help to substantially increase their energy density, it also makes the batteries more prone to combustion, in case of a mishap.

Enter the LFP batteries. These are generally much safer, but BYD claims to have gone a step further with its version in the Blade cells. It says that during nail penetration tests – considered to be one of the most stringent in assessing battery safety – the surface of the Blade cells only reached a temperature of 30-60deg Celsius, without any signs of smoke or fire. The automaker further states that under similar conditions, conventional LFP batteries had a surface temperature of 200-400deg Celsius, while ternary (NMC) batteries not only exceeded 500deg Celsius, but also “violently burned”.

BYD goes on to state that even in other tests, where their batteries were “crushed, bent, heated in a furnace to 300deg Celsius and overcharged by 260 percent”, there were no incidences of fire or explosion. The company, however, is tight-lipped about how it’s been able to achieve such remarkable results.

NMC cells are said to have an energy density of 200-250Wh/kg, much higher than that of the LFP kind. But the latter have a distinct cost advantage, since they don’t use expensive metals like cobalt and nickel.

BYD has adopted a ‘cell-to-pack’ architecture for its Blade batteries, which is touted to have made them even more economical, in addition to improving their energy density.

For the uninitiated, the battery pack of any electric vehicle is structured in a manner where a cluster of individual cells is put into a frame to protect it from heat and vibration – this unit is called a module. A number of modules grouped together form a battery pack.

Boasting of increased safety, BYD has decided to skip the module phase and directly integrate its cells into a battery pack (hence the name, cell to pack). With lesser packaging involved, the whole pack is cheaper and also slimmer and lighter, resulting in a higher energy content (per unit mass as well as volume) at the pack level. It is, however, important to note that on a cell level, Blade batteries are said to have an energy density of around 160Wh/kg – similar to that of conventional LFP cells.

As we have previously reported, Maruti Suzuki plans to be extremely price competitive with its electric midsize SUV that is expected to be positioned in the Rs 13 lakh–15 lakh range, something that could be made possible due to the lower costs of Blade cells.

In 2019, Toyota entered into an agreement with BYD for the joint development of batteries, as well as electric vehicles that would be launched in China by the mid-2020s. With a partnership already in place, the Japanese automaker is likely to further leverage it to bring BYD’s Blade battery tech to its vehicles in India.

For now, Blade cells are produced at BYD’s production facility in Chongqing, China, which has an annual production capacity of 35GWh. It remains to be seen if Toyota and Maruti Suzuki decide to simply import the cells into India, or if BYD sets up a manufacturing facility here as well. The Chinese company’s name, however, wasn’t listed in the group of companies seeking PLI incentives from the government for setting up Advanced Cell Chemistry (ACC) factories in the country.

For now, it seems that Blade cells sourced from BYD will be assembled into battery packs at Suzuki, Denso and Toshiba’s TDSG joint battery manufacturing facility in Gujarat.

While the claimed benefits of BYD’s latest batteries might seem too good to be true, the company says that a number of international automakers are already interested in its tech, which was first revealed in early 2020. According to multiple media reports, even Tesla is considering using BYD’s Blade batteries for the standard range versions of its Model 3 and Model Y. The entry level variants of these EVs in China currently use regular LFP cells sourced from another Chinese automaker, CATL.

Interestingly, Blade batteries have already found their way into India, in BYD’s own e6 MPV, which was launched late last year and priced at Rs 29.15 lakh-29.60 lakh (ex-showroom), for fleet operators. To read our review of the BYD e6 all-electric MPV, click here.

Do you think that BYD’s Blade batteries could be a game-changer in India? Let us know in the comments below.

anything cheap (does not matter on the amount of risk). will do well in India. Dont know if it's curse or blessing.

anything cheap (does not matter on the amount of risk). will do well in India. Dont know if it's curse or blessing.