The Limited Edition Swift comes with cosmetic changes inside and out; available as a pack costing Rs 24,999 for all variants. 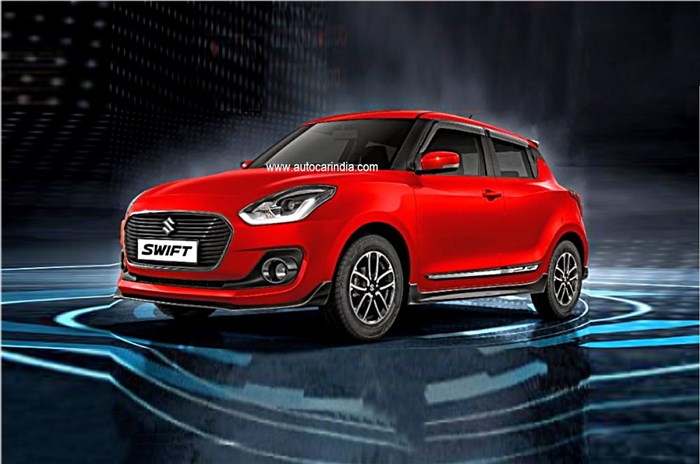 The Maruti Suzuki Swift Limited Edition has been introduced to attract those looking to buy a new car this festive season. Priced from Rs 5.44 lakh, it is essentially an accessories package that adds a number of cosmetic changes on the outside and inside the cabin. This pack is available across all four variants of the Swift – LXi, VXi, ZXi and ZXi+.

For the Rs 24,999 premium you pay for it, you get accessories such as gloss black front, side and rear skirts, along with rain deflectors for the windows and trim on the doors in the same gloss black finish.

Other cosmetic changes include a gloss black rear spoiler, black garnish on the front grille, tail-lights and fog light clusters.

New ‘sporty’ seat covers are also included in the Limited Edition accessories pack on the Swift.

As the Swift Limited Edition is available in all seven versions of the hatchback, prices range from Rs 5.44 lakh to Rs 8.27 lakh. The table below has the complete Swift price list as on October 19, 2020.

Maruti’s Swift faces off against two competitive products in the mid-size hatchback space – the Hyundai Grand i10 Nios (Rs 5.13-7.81 lakh*) and the Ford Figo (Rs 5.49-7.05 lakh*). While Maruti Suzuki does have a disadvantage in not offering a diesel version, the Swift still retains its position as the segment leader in terms of sales, with 14,869 units sold in August 2020. The Swift Limited Edition should help maintain those numbers for the coming months.

We’ve reported that there is a Maruti Swift facelift that’s due in the near future. It’ll have design cues that are similar to the 2020 Swift already on sale in some markets, but with some additional changes to better suite Indian tastes.

The big news, though, is that the current 83hp, 1.2-litre K12B petrol engine will be replaced by the 1.2-litre K12C DualJet engine that already does duty in the Baleno premium hatchback and the Dzire compact sedan. However, like with the Dzire, the Swift is likely to miss out on the mild-hybrid tech. Still, the new four-cylinder engine, which makes 90hp and 113Nm, will make the Maruti Swift even quicker than it is, and more fuel-efficient.