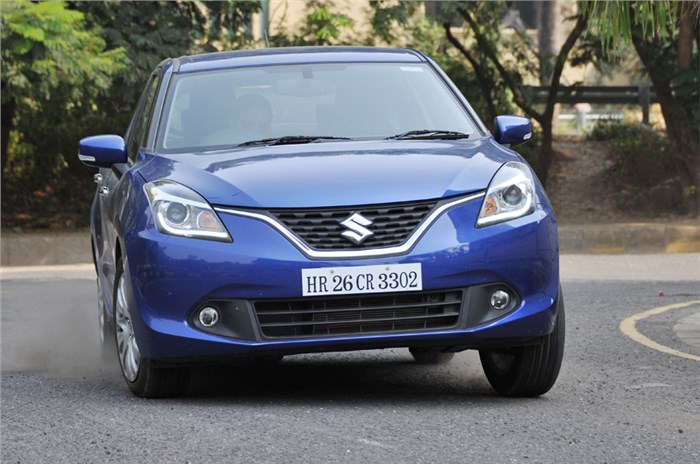 A fixture in India’s top 10 sellers list, the Baleno is also the best-selling premium hatchback.

Maruti Suzuki has revealed that its premium hatchback, the Baleno, has crossed the 4 lakh unit sales milestone in India. The feat has been achieved in less than three years, since the model’s launch in October 2015.

What is interesting is that the Baleno’s sales growth has mirrored the expansion of Maruti’s premium Nexa sales network, which exclusively retails the model. The Baleno sold 44,697 units in the six months of FY16 that it was on sale – at a time when Maruti’s Nexa dealership count had just crossed the 100-mark. In FY17, sales grew to 1,20,804 units while FY18 witnessed a 58 percent surge in Baleno sales, to 1,90,480 units. FY18 is shaping up to be another big year for Baleno sales with 39,810 units sold, up until May. It should be noted that the Nexa network is over 300-showroom strong, as of today.

The Baleno is the best-selling of the Nexa-retailed Maruti Suzukis. It is also the most popular of the premium hatchbacks, outselling its nearest rival, the Hyundai i20. The Baleno has also been a long-time fixture on India’s top 10 sellers' list.

The Maruti Suzuki Baleno has carried on unchanged since launch; and an expected facelift would come only next year. It will be smooth sailing for the Baleno for quite some time as the segment isn't expecting any new rivals in the very near future. Tata's hatchback based on the 45X concept, which was unveiled at Auto Expo 2018, is the only new entrant announced – but even that is some time away from launch.