XUV700 will also get a Sony 3D music system, multiple drive modes among other features. 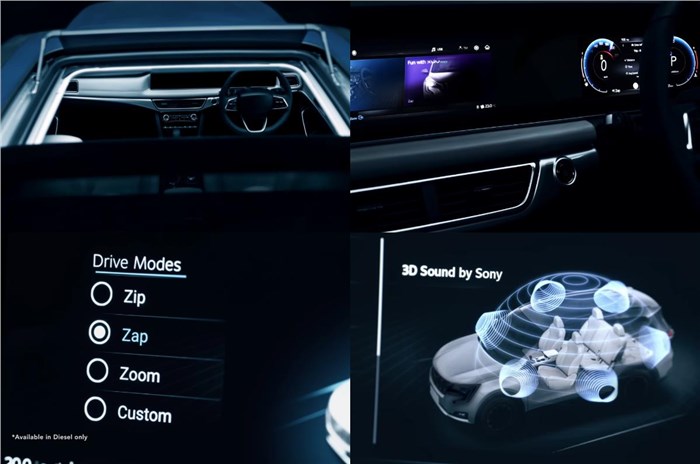 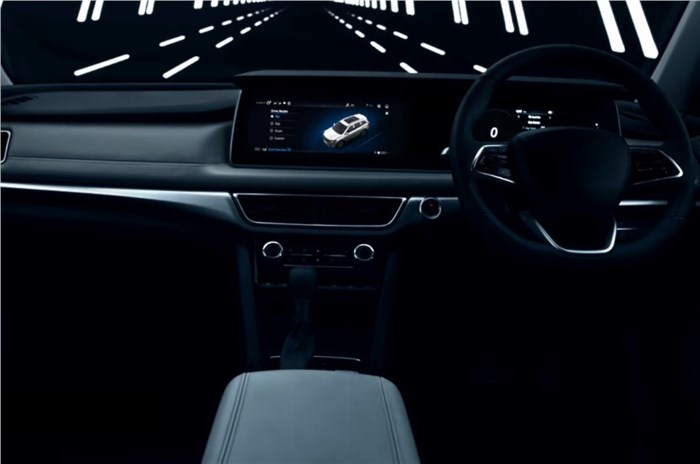 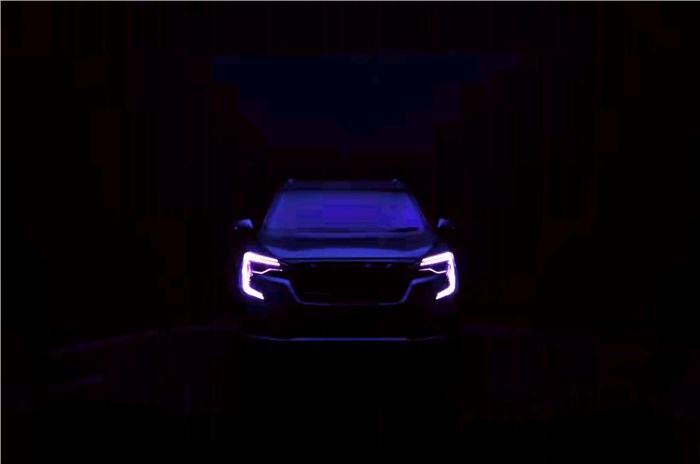 Mahindra has teased a new set of features that will be seen on the upcoming XUV700. The company has been revealing details about the SUV’s equipment list for the past few weeks and the latest release focuses on the XUV700's infotainment, among others.

The first new feature confirmed by the brand is the AdrenoX suite, which will be the user interface used for the SUV's infotainment system.  The XUV700, as reported by us before, will come with dual HD screens on the dashboard, with the one on the right featuring the instrument cluster and having driver-related features, and the one in the center for infotainment duties.  The AdrenoX interface will also feature voice commands that will be carried out via Amazon Alexa virtual assistant. The Alexa virtual assistant will carry out duties via voice commands for opening and closing sunroof, music system functions and HVAC controls to name a few.

The XUV700 will come with multiple drive modes, these are cheekily named as “Zip”, “Zap” and “Zoom”. Additionally, there is also a custom drive mode on offer. Mahindra has also confirmed that these drive modes will only be seen on the XUV700 diesel and not on the petrol version.

The teaser has also revealed that the higher variants of the XUV700 will come with a Sony music system that will also have a 3D sound feature and multiple speakers that will also be placed on the roof, like the ones seen on the Thar.  This feature can also be controlled by the Alexa voice command setup.

Mahindra XUV700: What else has been confirmed?

A closer look at the screen reveals details like an in-car air purifier that will be seen on the XUV700. Additionally, the infotainment will have an in-built e-SIM setup as well that will give in-car, real-time weather updates among other functions. Higher variants will also get a dual-zone climate control for the HVAC.

The teaser also gives us a sneak peek at the XUV700’s interior for the first time. The cabin will get a light-coloured upholstery, with a layered dashboard layout. Furthermore, brushed aluminium accents on the flat-bottom steering wheel and the dashboard will add to the premium look.

In the previous teasers, Mahindra has confirmed numerous other features for the XUV700 like personalised safety alerts, flush door handles, a drowsiness detection feature and smart headlamps.

The Mahindra XUV700 will get the most power petrol and diesel engines in its category. The petrol unit will be a 2.0-litre turbocharged mill putting out 200hp. The turbo-diesel will have a displacement of 2.2-litres and a 185hp power output. Gearbox options will include a 6-speed manual and a 6-speed Aisin-derived torque-converter automatic gearbox.

Mahindra is gearing up to unveil the XUV700 in August, with the launch expected in the following weeks. The XUV700 will rival other three-row SUVs like the Tata Safari, MG Hector Plus and Hyundai Alcazar.