First showcased at Auto Expo 2020, the more powerful mStallion engine could be offered across all variants. 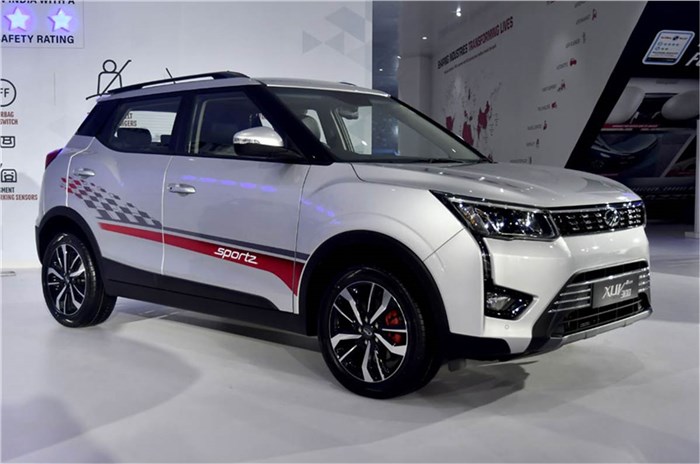 The Mahindra XUV300 will finally get the long overdue 1.2-litre turbo-petrol engine that was first showcased at the Auto Expo 2020. The XUV300 mStallion 1.2 was originally set to launch in April 2020, but the price announcement was postponed numerous times.

While this new engine was expected to be limited to a new Sportz variant that Mahindra had showcased at the Auto Expo, we have now learnt that it could be offered as standard across all four existing trims of the XUV300 – W4, W6, W8, and W8(O).

As for the XUV300 Sportz that was displayed at the Auto Expo, it featured certain cosmetic upgrades over the regular XUV300. These included red brake calipers, decals on the front and rear doors with Sportz lettering, all-black interior with red highlights and red contrast stitching on the seats. If Mahindra offers this new engine across the range, it remains to be seen if the Sportz moniker is used as a means to differentiate it over the petrol model currently on sale.

Prices for the XUV300 currently range between Rs 7.95-13.33 lakh (ex-showroom, Delhi). Variants with the higher-spec turbo-petrol engine will likely command a premium over the existing ones.

Upcoming Mahindra SUV launches: 2021 and beyond

Having showcased the flagship new XUV700 is all its glory on August 15, Mahindra will soon be announcing the prices of the entire range in the coming days. Following that, the next major launch from Mahindra in India will be the all-new Scorpio that’s expected to arrive sometime next year.