The carmaker has reduced the XUV300’s prices to compete more aggressively in the compact SUV segment. 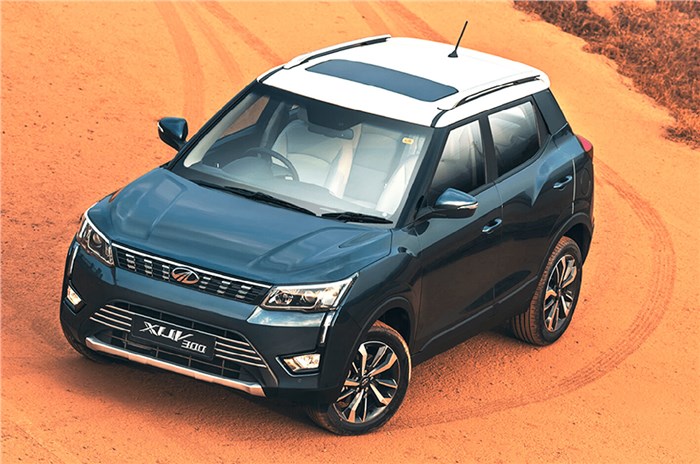 The Mahindra XUV300’s prices have been reduced by up to Rs 72,000, depending on the powertrain and trim level. This has been done in a bid to improve the model’s competitiveness in the compact SUV segment and attract more buyers.

What engines are available with the XUV300?

Mahindra offers the compact SUV with both petrol and diesel engine options. The petrol powertrain is a 1.2-litre, three-cylinder turbo-petrol unit good for 110hp and 200Nm, while the diesel engine is a 1.5-litre, four-cylinder turbocharged unit which produces 117hp and 300Nm. Gearbox options included a 6-speed manual for both engines, while the diesel also gets the option of a 6-speed AMT automatic.

What is the price difference for the XUV300 petrol?

In short, the prices have dropped between Rs 17,000 and Rs 72,000 for the petrol-powered XUV300, when compared to the BS6 petrol launch prices. As you can see in the table below, it is the top-spec W8 (O) version that sees the biggest drop in price. Interestingly, it is the mid-spec W6 trim that has the lowest reduction in price – only Rs 17,000.

What is the price difference for the XUV300 diesel?

Where does this put the XUV300 compared to its competition?

If we take a look at the XUV300’s revised price range listed below, when compared to its petrol rivals, while the base-model price is high, the top end W8 (O) trim is the most affordable of the lot (just marginally undercutting the Maruti Suzuki Vitara Brezza top version). However, we should mention that Mahindra doesn’t offer an automatic gearbox option with the petrol, which competitors like the Vitara Brezza and Nexon do.

At a quick glance, the XUV300 diesel looks to be on the higher end of the segment, as all its diesel competitors offer more affordable base variants. Even at the top-end, it is the second-most-expensive model, after the Tata Nexon. That said, only the Nexon and XUV300 offer automatic gearboxes with the diesel engine, hence leading to their higher asking price.

This puts the Mahindra XUV300 with its revised pricing, in the middle of the segment when talking about pricing. This is a good thing as the segment is only going to get more competitive with the launch of the Kia Sonet in September, 2020.