Depending on the variant, waiting periods for the Thar stretch from around two months to almost a year. 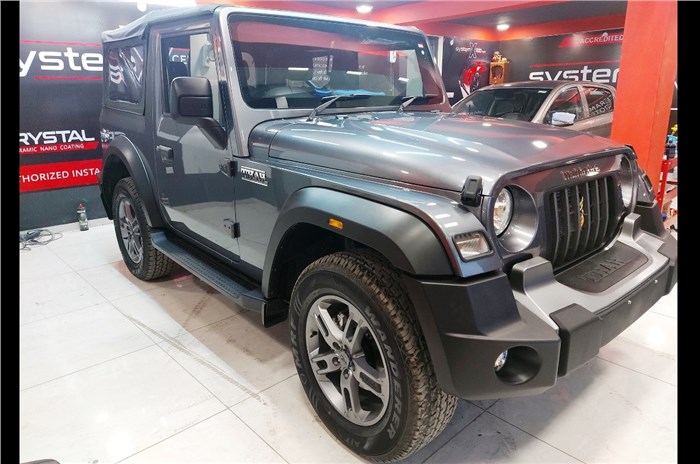 The Mahindra Thar has amassed 75,000 bookings since its launch a year ago, making it the largest selling four-wheel drive vehicle in the country, the company has announced. However, the sustained demand for the SUV, coupled with the industry-wide semiconductor shortage, has also sent the waiting periods soaring for the popular variants.

Mahindra has revealed that over 40 percent of the Thar’s bookings are being made by millennials, which is in line with the company positioning the second-gen SUV as a lifestyle vehicle, in addition to a hardcore off-roader.

Though the petrol engine that debuted on the new Thar has done well, accounting for 25 percent of the order bank, the diesel powertrain still makes up a major chunk of customer bookings. This is evident from the expected delivery timelines, with the hard top, diesel manual and automatic variants commanding a 48- to 50-week waiting period, as opposed to the hard top, petrol manual and auto trims which see the expected wait fall to 10-16 weeks. Notably, versions of the Thar with a convertible top are also more accessible, with dealerships quoting a 22-23 week waiting time.

Almost 50 percent of the Thar customers are picking automatics, which command a slightly longer wait compared to their manual counterparts.

The Mahindra Thar is available with a 132hp, 2.2-litre diesel and a 152hp, 2.0-litre petrol engine. While both mills get a 6-speed manual gearbox for the base AX Opt variant, they also offer the alternative of a 6-speed automatic transmission in the top-spec LX trim.

Irrespective of the variant, the Thar comes mated to a four-wheel drive system as standard. Moreover, customers can choose from a convertible soft top or a hard top offering.

Competition for the Thar recently arrived in the form of the new Force Gurkha, which unlike the Mahindra, is available in only a diesel manual guise.

To further expand its appeal, Mahindra has also green lit the production of a 5-door version of the Thar that is set to arrive in the coming years.