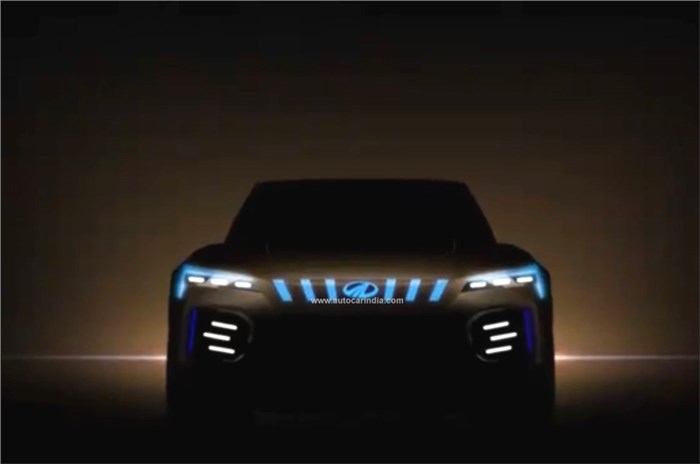 A few days ago, we brought you the news about the upcoming Mahindra Funster concept that will make its way to Auto Expo 2020. Today, the brand has confirmed that it will indeed show a future concept vehicle with the same name at the event. A new teaser also verifies that the Mahindra Funster concept will preview a future SUV from the brand – most-likely the next-gen Mahindra XUV500, which is being readied for a market launch later this year.

As seen from the teaser, the Funster concept will have indicative new-gen Mahindra styling cues; with a stylish, yet squared-off front end like the one seen on the XUV300. The Funster SUV concept will have a muscular front bumper and strong creases on its side. The Funster concept is expected to come with a 5-seat cabin, for now, however the production-spec next-gen XUV500 will have a 7-seat layout, just like its predecessor.

With the Funster, Mahindra will showcase its idea of a high-performance future EVSUV. Power is expected to come from four electric motors (one for each wheel) with a total output of around 313hp (230Kw) for the concept electric SUV. According to sources, the Funster EV is expected to do a 100kph sprint within 5sec. The Funster concept will come with a 60kWh battery pack.

The Funster e-SUV concept will join a long list of electric vehicles that will be shown by Mahindra at the 2020 Auto Expo. The list includes a production-spec Atom quadricycle, a close-to production eXUV300, a production-spec eKUV100, and also an all-new electric sedan based on the Ford Aspire.