Slated to be officially unveiled at the 2019 Geneva motor show, the EV will also be a technology showcase for Kia. 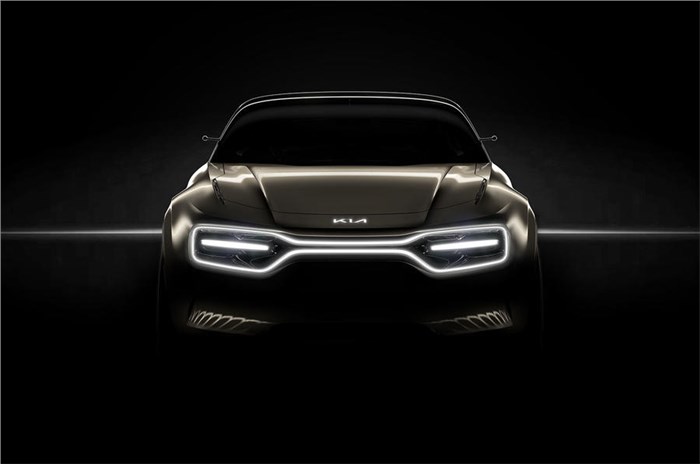 Kia has just released a teaser image of its new all-electric performance concept car, which will makes its debut at the upcoming 2019 Geneva motor show. The yet-to-be-named concept sports a angular design theme, overall.

The car in the image features a low and wide stance, along with the added drama from its flared wheel arches. From the images, we can also see that Kia has retained its distinctive ‘Tiger Nose’ grille design, which is framed by LED headlights. The A-pillars sports small stocks, which are indicative of the move away from traditional rear view mirrors to camera-based ones on this concept. This also suggests that the model will act as a showcase for technology that will arrive on future production Kia cars.

Kia has not revealed any information regarding the powertrain, though we expect the concept will feature the 64kWh motor that produces 204hp, from the range-topping variant of the e-Niro crossover. However, as this will be a performance car, it will most likely be in a higher state of tune, which prioritises performance over range.

Kia is trying to expand its electric vehicle range, having recently introduced the Soul EV to its international line-up. While Kia has not outright stated plans to bring EVs to India at this point in time, the Korean brand is pushing for electric mobility in Andhra Pradesh by setting up an EV charging station and donating the Kia Niro in petrol-hybrid, plug-in hybrid and full electric forms to the state government.