Jeep Meridian unofficial bookings open ahead of its launch in May

The Meridian is already on sale in South America as the Commander, although the India-spec model will have cosmetic differences. 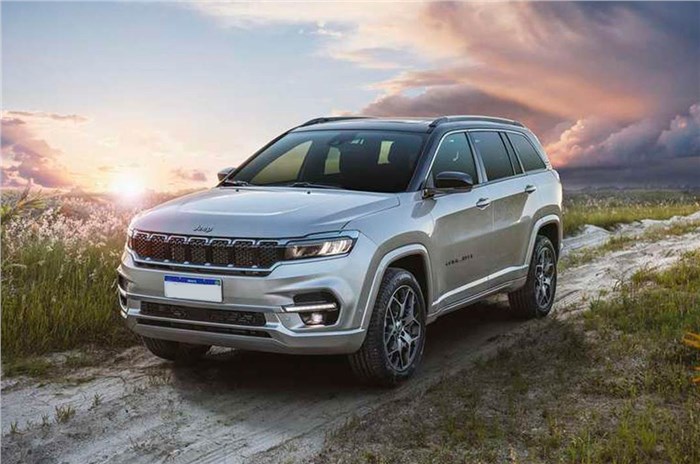 Ahead of its India debut on March 29, Jeep dealerships have unofficially opened bookings for the Meridian SUV. The booking amount has been pegged at Rs 50,000 at some locations and deliveries are being promised by late May 2022, according to a few dealers that we spoke to.

The Meridian is a very important product for Jeep in India as it’s their first all-new model in several years. It is scheduled to go on sale in May.

Jeep Meridian: India will be manufacturing base for RHD models

The three-row Jeep Meridian made its global debut in August last year, with sales first beginning in South American markets where it’s christened the Jeep Commander. India, meanwhile, will be the sole manufacturing hub for right-hand-drive versions of the SUV for both domestic sales and export to other right-hand-drive (RHD) markets, just as is the case with the RHD Compass.

The India-spec Meridian will largely be based on the Commander sold overseas, but is expected to boast of a few unique design bits that set it apart from the latter.

While the India-spec Meridian is yet to be unveiled in full, it will have similar styling cues as the larger new Grand Cherokee, just like the Commander sold overseas. These will include sleek, rectangular headlights, restyled front and rear bumpers, an upright tailgate and slimmer tail-lamps. These changes will also help the three-row SUV distinguish itself from the two-row Compass, with which it shares its underpinnings. The length and wheelbase of the Meridian will be 364mm and 158mm longer than the Compass, respectively.

The interior of the Meridian will be mostly similar to the Commander, but while the latter only gets a 7-seat layout overseas, the Meridian is expected to be offered in both 6- and 7-seat versions in India. In terms of equipment, the Meridian is likely to get a 10.1-inch touchscreen with wireless Apple CarPlay and Android Auto, a 10.25-inch digital instrument cluster, electrically adjustable driver and passenger seats, ventilated front seats, wireless phone charger and a panoramic sunroof.

On the safety front, we expect the Meridian to come with seven airbags, adaptive cruise control, automatic emergency braking system, and, perhaps, even ADAS features.

At launch, the Meridian will come with only one diesel engine option – the 2.0-litre, four-cylinder Multijet turbo-diesel from the Compass. This engine also does duty on other SUVs in India such as the Harrier, Safari and Hector. It will, of course, be retuned for the Meridian’s larger dimensions and added weight, but, for reference, it produces 173hp and 350Nm on the Compass.

Transmission options will likely be shared with the Compass, which comes with a 6-speed manual and a 9-speed automatic gearbox. It is also expected to be offered in both 4x2 and 4x4 configurations. A petrol engine is likely to join the line-up at a later date, which could be the 187hp, 270Nm, 1.3-litre turbo-petrol T270 motor that is already offered on the Commander overseas.

When launched, the Jeep Meridian will see competition from the Skoda Kodiaq in India. However, given its diesel-only powertrain at launch, price and positioning, it will also rival the likes of ladder-frame 4x4 SUVs such as the Toyota Fortuner and MG Gloster.

What are you most looking forward to in the upcoming Jeep Meridian? Let us know in the comments below.