Jeep Meridian India launch in May 2022

The three-row Compass derivative will be powered by a 2.0 diesel at launch, likely to get a a new more powerful 1.3 turbo-petrol engine later. 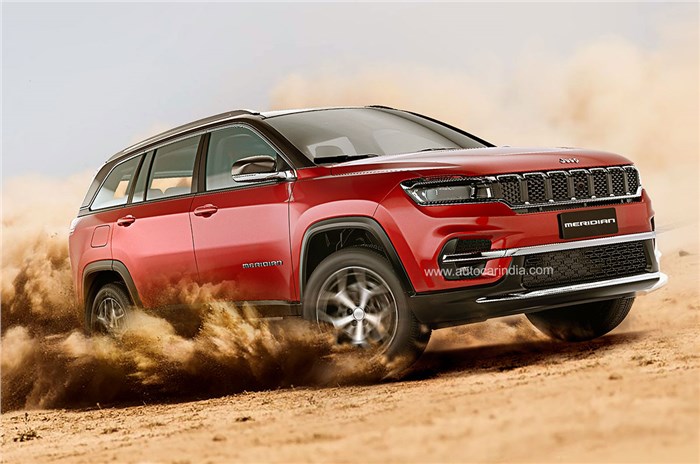 Meridian to be available in two- and four-wheel drive. 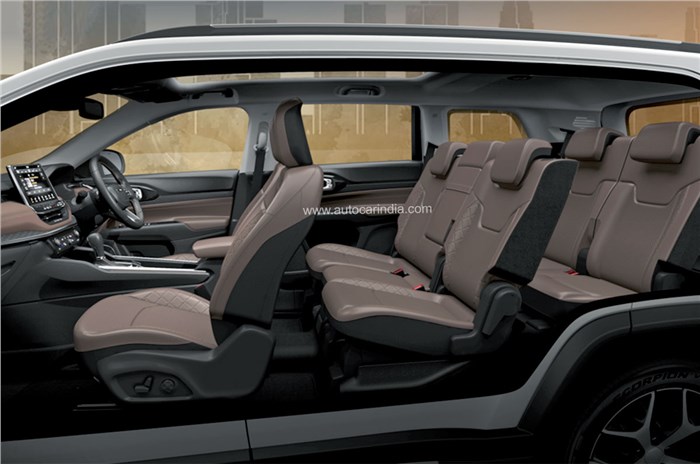 We can confirm that the Jeep Meridian, the Compass-derived seven-seat SUV, will be launched in India in May 2022, and that it will come with only a diesel engine. There will be an all-new petrol engine, but this will only be launched further down the line.

When it’s launched, the Jeep Meridian in India will solely use the 173hp, 350Nm, 2.0 Multijet II diesel engine from the Compass, with a 6-speed manual gearbox and 4x2, or a 9-speed automatic gearbox with either 4x2 or 4x4. The engine will likely be recalibrated to account for the added weight of this larger SUV, and the gearboxes will likely use a shorter final drive ratio. A more powerful mild-hybrid version with around 200hp is likely to be launched globally later, but we can confirm that this version will not come to India.

As for a petrol engine, the Meridian will not carry over the 1.4-litre MultiAir turbo-petrol engine from the Compass, as its outputs of 163hp and 250Nm would be too weak for this larger SUV. However, Jeep does have a more powerful 187hp, 270Nm, 1.3-litre turbo-petrol engine called the T270, which is used in the Compass and Meridian in South America (where the latter is known as the Commander) and will most likely launched later.

With its price and positioning, the Meridian will be up for buyer consideration against tough, seven seat 4x4 SUVs like the Toyota Fortuner and MG Gloster, which is a diesel dominant segment. With the Compass, petrol sales account for about 35 percent, and this number is likely to be even smaller for the larger Meridian.

Jeep is aware that it’s harder to keep diesel alive in the face of ever tightening emissions norms, but is confident of the fuel’s importance in SUVs in India. “If I look at [India], diesel is still performing well,” said Nipun J Mahajan, Head of Jeep Brand - India, in an interaction with the media. “And in terms of new emission norms, I think it's going to be challenging, both on diesel and gasoline. Of course, we will take all measures to comply to the norms.”

Before the Meridian, Jeep will launch the facelifted version of the Compass Trailhawk, the more off-road focused variant of the midsize SUV. Bigger news, however, is that in the second half of 2022, the brand will launch its new-generation WL Grand Cherokee luxury SUV, and this time, it will be locally assembled rather than imported. In fact, India will be the only market outside the USA where the Grand Cherokee is built, and it will use the 2.0-litre turbo-petrol engine from the Wrangler. Expect a more competitive price for this Mercedes GLE and BMW X5 rival when it hits the market.

“2022 will be an action-packed year for the Jeep brand, continuing to execute our commitment to deliver more made-in-India vehicles in the market,” said Nipun J Mahajan, head of Jeep brand, India. “We are laser focused on delighting our customers, not only through a unique Jeep experience, but also by continuing to make Jeep a more accessible premium SUV brand to Indians than ever before.”

Do you think the Jeep Meridian will replicate the success of the Compass when it is launched? Let us know down in the comments section.