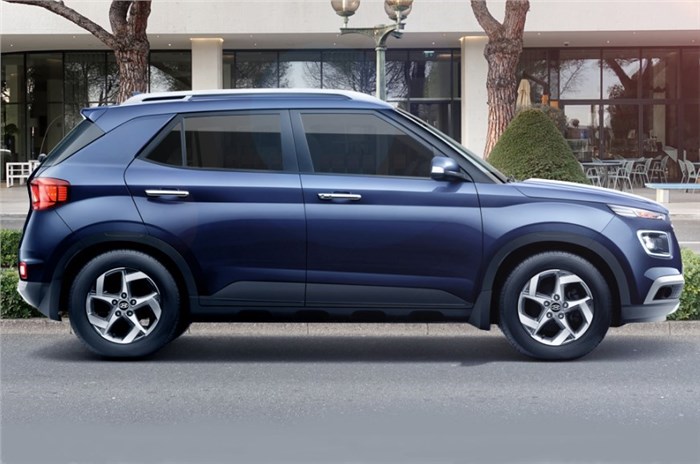 A gaggle of new models in the past six-eight months have given a new charge to the utility vehicle (UV) segment in India. While UVs is the sole segment to be in the black in the April-October 2019 period (0.14 percent), a smart uptick in October 2019 (22 percent) with overall sales of 1,00,725 units promises to be the harbinger of good times for SUV and MPV manufacturers.

A key contributor to this growth is the new Venue, Hyundai Motor India’s first compact SUV that had launched in May 2019. The Venue comes with three engine options – a 90hp, 1.4-litre diesel; an 83hp, 1.2-litre naturally aspirated petrol; and a 120hp, 1.0-litre turbo-petrol unit.

In the six months since its launch, the Venue has averaged sales of 8,542 units a month; very good going for a new vehicle and enough to ensure that the compact SUV is a regular in the monthly Top 5 UV sales chart. The Venue drove into the Top 5 bestselling UVs chart in the very month of its launch - fourth place with 7,049 units in May - and in June (with 8,763 units sold) it came tantalisingly close to going past the No. 1 UV, the Maruti Vitara Brezza. In July 2019, with 9,585 units, it was the bestselling SUV in India, unseating the longstanding UV champion, the Maruti Suzuki Vitara Brezza. In August, with 9,342 units, it continued to top the sales chart though the Venue lost its numero uno position to the Vitara Brezza in September, when the Hyundai sold 7,942 units. In October, it dropped one more rank to third place (8,576 units), as a result of the hard-charging Kia Seltos becoming India’s No. 1 UV within three months of launch and improved performance, in terms of sales, from the Vitara Brezza.

This smart market performance, not surprisingly, has given Hyundai Motor India new heft in the UV market. Of Hyundai's total 1,06,366 UVs sold between April-October 2019, the Venue accounts for 48 percent. In terms of UV market share, the Venue has given the Korean carmaker a new charge. In October, combined sales of the Venue and Hyundai’s hot-selling Creta midsize SUV were 15,845 units, up 35 percent year-on-year (October 2018: 11,702; only Creta sales).

The strong performance of Hyundai's SUVs - which account for 36 percent of the Korean carmaker's total passenger vehicle sales of 2,94,444 units in April-October 2019 - have helped the company expand its UV market share by over 5 percentage points, to 19.43 percent from 13.91 percent a year ago. This makes it the biggest share gainer of all UV makers during this period.

The company says it has around 80,000 bookings for the Venue, which means this is one model that will continue to be in the news.