After almost six years since the concept was shown, Hyundai will unveil the production-spec Santa Cruz pick-up truck. 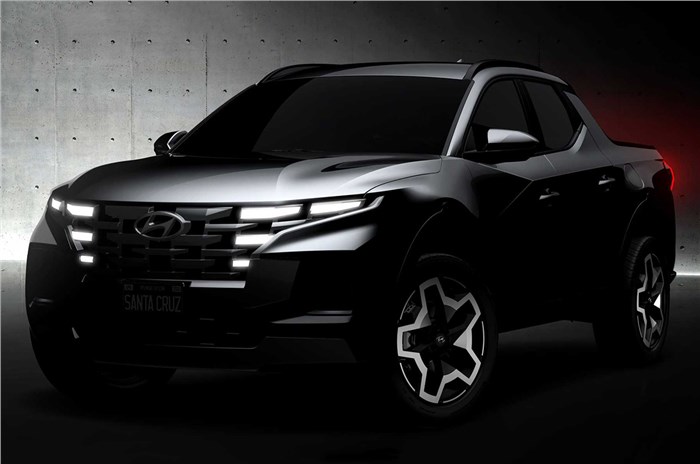 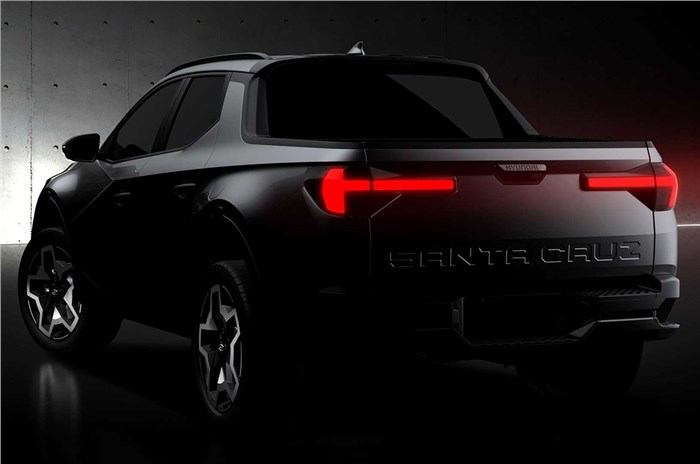 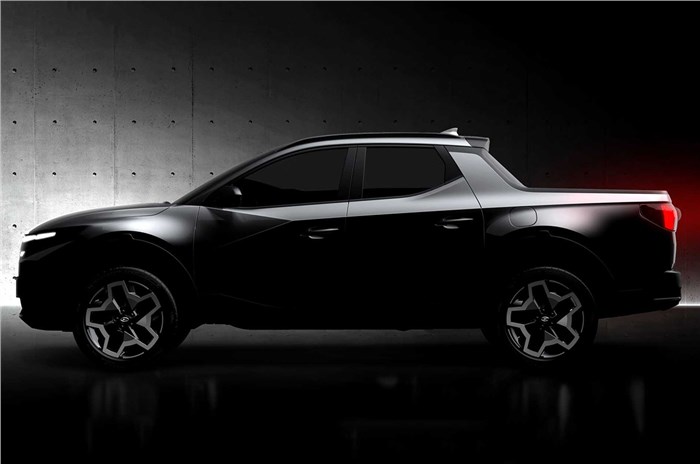 In terms of design, the Santa Cruz pick-up seen in the teaser images differs quite drastically from the concept car. The model in the images actually has more in common with fourth-generation Tucson SUV. The grille and headlight design are near identical to the new Tucson, as are the flared fenders and prominent character lines on the side.

From the side profile in the teaser, it is quite evident that Hyundai will offer the Santa Cruz in a crew-cab layout (five-door), unlike the original concepts extended cab (two-door) design with small suicide doors giving access to the rear section. At the rear, we can see that the pick-up bed is not very large due to the cab layout, but it seems adequate. The LED tail-light design, however, is quite different when compared to the Tucson’s, both in terms of the LED signatures and the fact that there is no light strip to connect the two sides.

Hyundai has not released any technical details about the Santa Cruz pick-up truck, though the carmaker claims that it will come with powerful and efficient powertrain options. What we can expect from the Santa Cruz is that it will be based on a monocoque chassis and it will get an all-wheel drive layout. However, we will have to wait for the official unveil for more details.

Will the Hyundai Santa Cruz be launched in India?

The Korean carmaker has made no announcement regarding the launch of the Santa Cruz pick-up truck in India. Also, considering this model is aimed more at the North American market where it will rival the Honda Ridgeline and the upcoming Ford Maverick, it is unlikely to come to India.

However, Hyundai has some other models it plans to introduce in India in 2021, such as the seven-seat Alcazar SUV based on the Creta and the sportier i20 N Line.