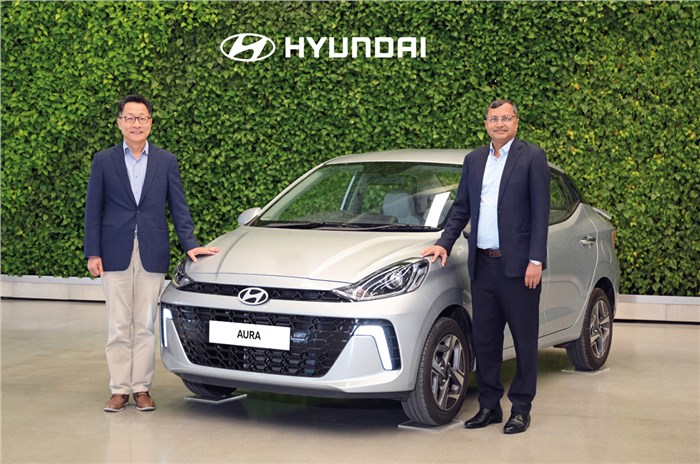 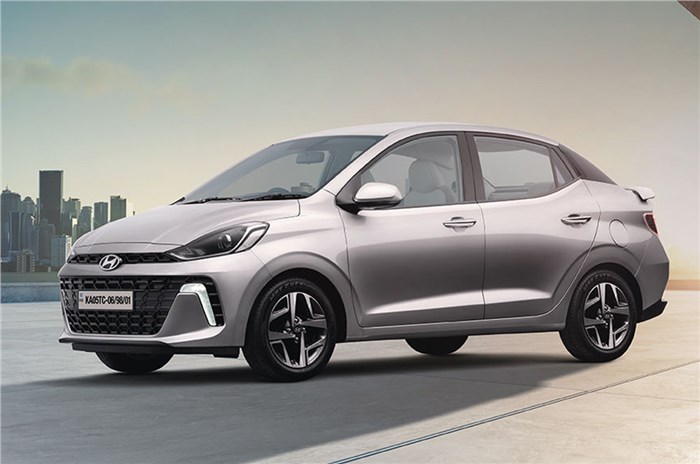 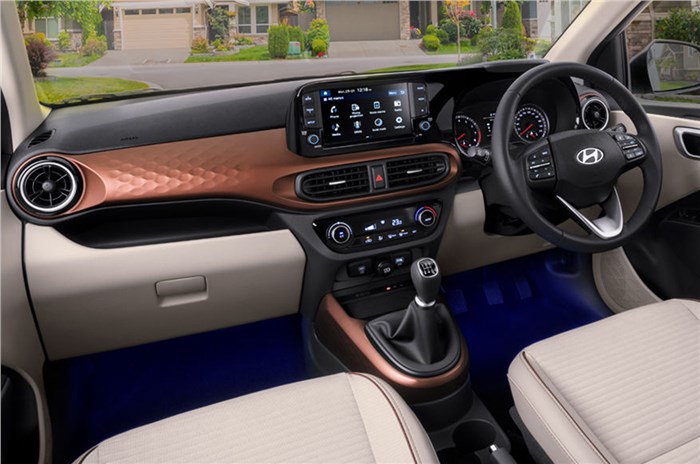 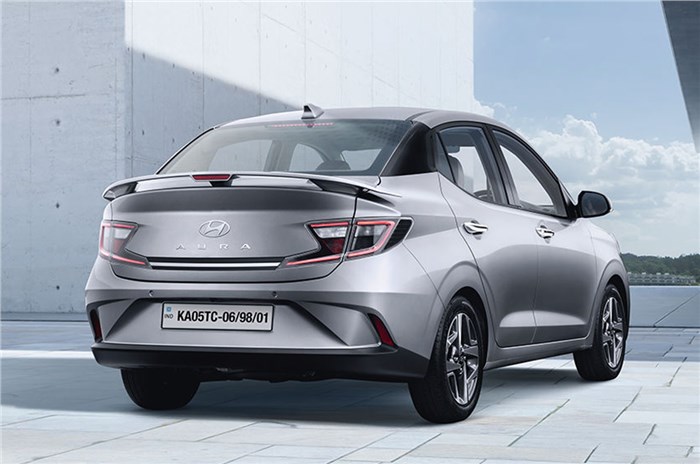 Hyundai has launched the Aura facelift in India with introductory prices starting from Rs 6.29 lakh for the base petrol E variant, going up to Rs 8.87 lakh for the CNG SX variant. The Korean automaker had already opened bookings for the facelifted Aura earlier this month, for a token amount of Rs 11,000. Hyundai recently also launched the facelifted Grand i10 Nios.

Here's a look at the detailed price list of the 2023 Hyundai Aura facelift:

As part of the refresh, the Aura now sports a new front-end design with a more upright nose and a two-part grille. The compact sedan also gets new inverted L-shaped LED DRLs housed at the edges of the bumper, although it now misses out on fog lamps. It, however, does not see any changes along the sides or the rear, as it continues with the same design for the 15-inch alloy wheels and LED tail-lights. The facelifted Aura also sports the boot-lid spoiler in all except the base trim.

Hyundai's compact sedan now gets a new Starry Night shade that replaces the Vintage Brown option from the outgoing model. On the inside, the cabin layout remains the same, but it now features new upholstery for the seats, new lighting for the footwell area and a revised instrument cluster.

The Aura facelift sees no changes under the hood as it continues to be powered by the same 1.2-litre engine. This unit churns out 83hp and 114Nm while being mated to a 5-speed manual or an AMT gearbox. Additionally, Hyundai is also offering a factory-fitted CNG kit with the 1.2-litre petrol engine of the Aura, which develops 69hp and 95Nm of torque and is only offered with a 5-speed manual gearbox.

All powertrains are now RDE compliant and also E20 fuel ready. However, the facelifted compact sedan no longer gets the 1.0-litre turbo-petrol engine that churned out 100hp and 172Nm of torque.

The facelifted Aura is available in five trims – E, S, SX, SX(O) and SX+ – and gets a bunch of new convenience and safety features compared to the outgoing model. It now gets four airbags, ABS and EBD as standard; the higher variants, meanwhile, get six airbags, ESC, ISOFIX anchorages, hill-hold assist and automatic headlamps.

When it comes to convenience features, the compact sedan retains the 8.0-inch touchscreen with Android Auto and Apple CarPlay, rear AC vents, adjustable rear headrests, automatic climate control and a wireless charger. However, higher-spec versions now get new features such as Type-C charging ports and a revised 3.5-inch MID in the instrument cluster.

*Except Maruti Suzuki Dzire, all prices are ex-showroom, India 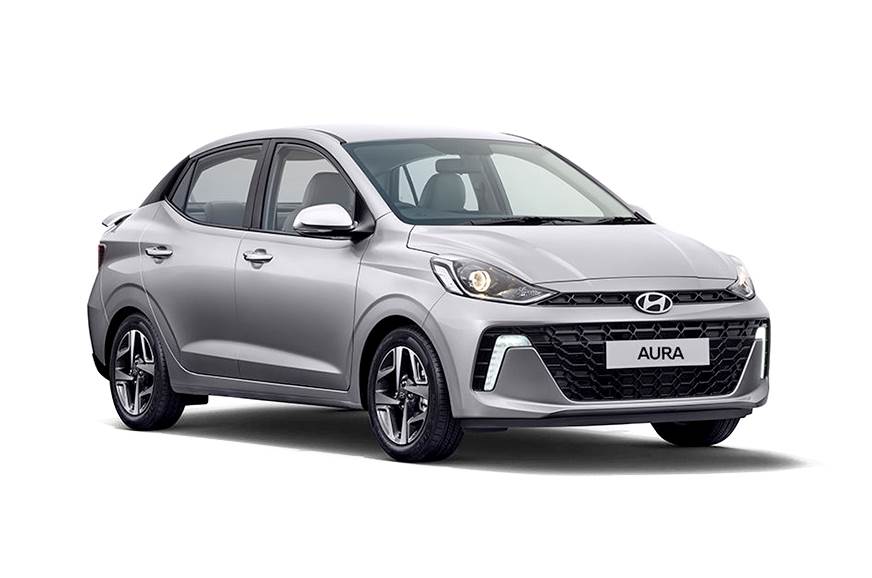