Customers can book the Alcazar SUV with a Rs 25,000 deposit, either at Hyundai dealers or on their online sales portal. 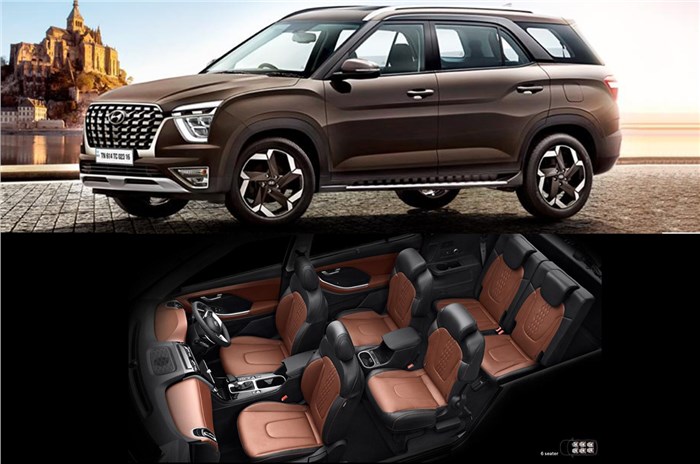 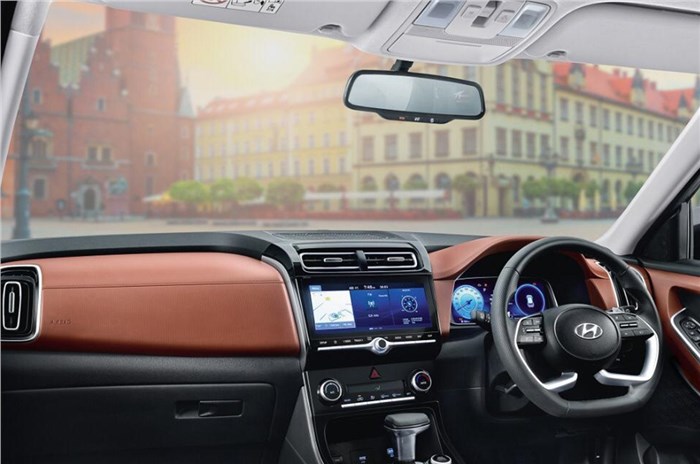 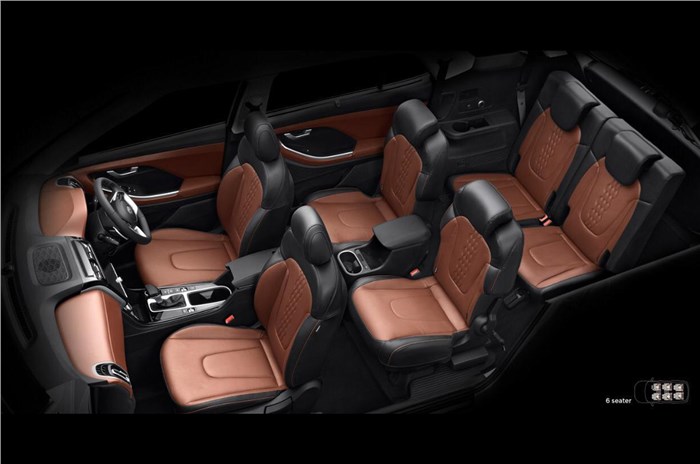 Hyundai officially announced that it has started accepting bookings for the SUV ahead of its launch on June 18, 2021. Prospective buyers can now book the three-row derivative of the Creta, for an amount of Rs 25,000, either via dealerships or through Hyundai’s Click to Buy online sales portal.

Hyundai has also officially revealed the interiors of the new Alcazar, giving us a clear look at the cabin layout. The main talking point on the inside is the added row of seats, as there will be both, a 6- seat configuration with captain’s seats in the second row (pictured above) as well as a 7-seat layout with a bench-style seating in the second row. Additionally, the middle row gets a sliding function that can be adjusted to either free up more space for the second or third row passengers. Speaking of the third row, the seats get a reclining function and they also fold down completely flat to provide better boot space. The captain's seats version also gets a unique floor-mounted central armrest with cupholders and extra storage space. This though negates a walk-through possibility to the third row, with access only via the second row seat's one-touch tumble mechanism.

The cabin is finished in a black and ‘Cognac’ brown dual-tone colour scheme that can be seen on the seats, door-cards and the dashboard. Hyundai has also provided some neat fold-out tables with cup-holder, behind the front seats.

Power for the three-row Alcazar will come from either petrol or diesel engines. The petrol engine is an updated and more powerful version of the 2.0-litre, four-cylinder unit seen in the Elantra and Tucson that now produces 159hp and 192Nm (7hp more). The diesel engine, on the other hand, is the same 1.5-litre, four-cylinder turbocharged unit from the Creta – producing 115hp and 250Nm – though it has been tuned differently.

Both engines are available with either a 6-speed manual or a 6-speed automatic gearbox. Hyundai also claims that the Alcazar, in the petrol-manual configuration, can do the 0-100kph sprint in 9.5sec. Additionally, the carmaker also offers the Alcazar with multiple drive modes – Comfort, Eco and Sport – as well as multiple traction control modes – Sand, Snow and Mud.

Upon its market introduction, the Hyundai Alcazar will take on similar three-row SUVs like the MG Hector Plus, Tata Safari and the Mahindra XUV500. This segment will also soon see the launch of the Mahindra XUV700 later this year in October.