The older City will only be available in petrol-manual form and in the lower-spec SV and V trims. 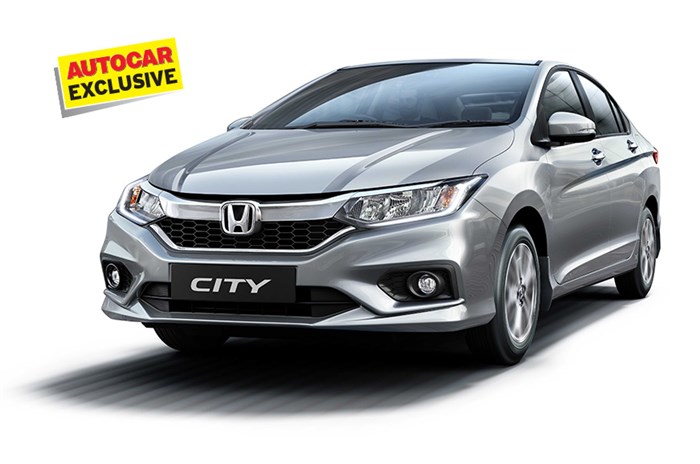 With the launch of the all-new fifth-gen Honda City, the Japanese brand will, for the first time ever, be keeping the previous version around simultaneously. We knew there would be plans to rationalise the older model’s line-up, and thus far we’ve seen the older car lose its diesel engine. Now we’ve got exclusive information about what else will be cut.

Which fourth-gen Honda City engine-gearbox options will be discontinued?

The combination of the transition to BS6 emissions norms and maintaining a comfy price gap from the new City saw the older City lose its diesel engine option. However, the BS6-compliant 100hp, 1.5-litre diesel unit is available on the all-new City, the Amaze and the WR-V. While the new City gets a new 1.5-litre DOHC, i-VTEC petrol engine, the fourth-gen City continues with a BS6 version of its older 1.5-litre, four-cylinder, single-cam engine (code: L15A) – which develops 119hp and 145Nm of torque. However, while, thus far, it was available with 5-speed manual and a 7-step CVT automatic gearbox options, the Japanese carmaker will discontinue the CVT option, which was priced between Rs 12.01-14.31 lakh.

Buyers interested in a City with an automatic gearbox will have to opt for the fifth-gen model. New City CVT prices start at Rs 12.20 lakh and go up to Rs 14.45 lakh, which isn’t that much higher than the older model’s prices. You do get a fair bit more kit on the newer model too.

Which fourth-gen City variants will be discontinued?

When prices for the BS6-compliant fourth-gen City were announced, the model was available in four variants – SV, V, VX and ZX – with prices ranging from Rs 9.91-14.31 lakh. In order to minimise the overlap between the new and older City, Honda Cars India will discontinue the higher VX and ZX variants on the fourth-gen model. Along with the removal of the automatic version, this means that the older City will be priced between Rs 9.91-10.66 lakh.

While the new fifth-gen City’s prices start at Rs 10.90 lakh for the entry-level, petrol-manual V variant – about Rs 24,000 higher – it gets a more powerful and more frugal 1.5-litre DOHC petrol engine and quite a bit more kit too. Features available on the fifth-gen City V trim that are not on offer with the fourth-gen City V variant include side airbags, traction control, ESC, hill-start assist, a tyre pressure monitor, projector headlights, a part-digital instrument cluster, adjustable rear headrests and an 8.0-inch touchscreen infotainment system.

Honda had taken the unprecedented decision to have the older and the newer City available at the same time and this variant re-jig for the older model is in line with those plans. It remains to be seen how the move pans out for the Japanese brand.

Rajesh Goel talks about the new Honda City and more