The production-ready, retro-themed Honda EV will be unveiled at the Geneva motor show in March. 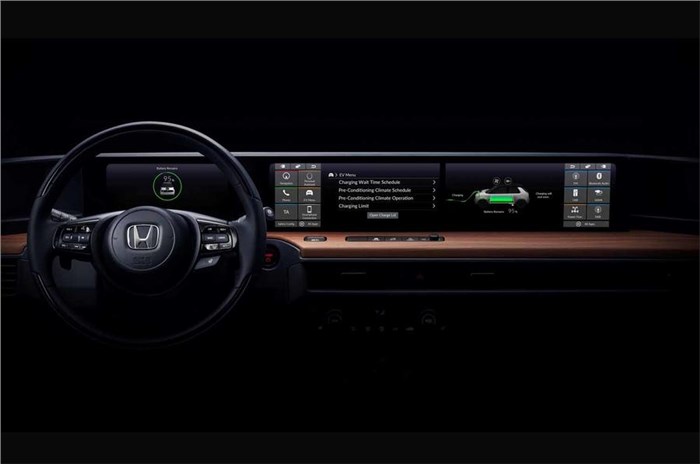 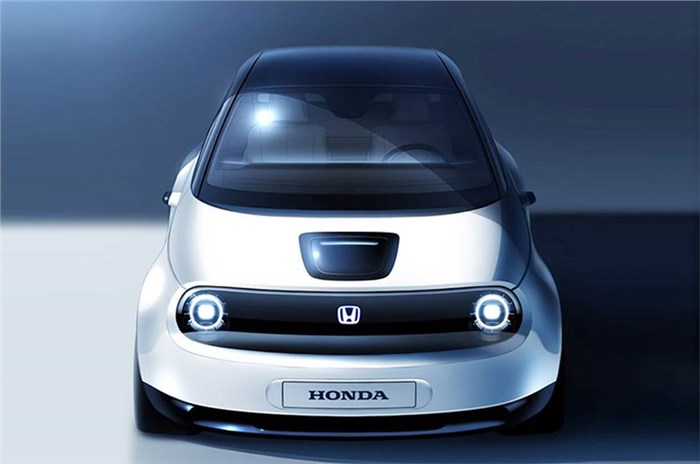 In the run-up to Honda preparing to unveil the production-spec Urban EV at the Geneva motor show, the carmaker has released an image showing the car's interior.

The battery-electric model contrasts its classic exterior retro feel with a futuristic cabin. Its interiors feature an infotainment screen that stretches right across the dashboard. According to Honda, it has been designed to "create a warm and engaging atmosphere" with "intuitive, user-focused technology."

The five-door electric hatchback was spotted testing in Europe recently prior to the release of its official image. The image also shows a close likeness to the original concept vehicle, first revealed at the motor show in Frankfurt last September. The heavily camouflaged prototypes seen after that, so far, show a strong resemblance to the original concept from Frankfurt – the similar dimensions and round headlights seem to have been maintained – although many of the car's lines are still obscured. Now though, we can see that it now has five doors instead of the three on the original concept and a curvier front-end design seen is likely to keep with pedestrian crash safety regulations.

The Urban electric car is built on a new dedicated electric platform that “sets the direction for the technology and design” of future Honda EVs. The concept has low and wide proportions and is 100mm shorter than the Jazz, at 3,895mm long. A senior Honda source told our sister publication, Autocar UK, that when on sale, the car will not steal sales from other models, which helped its case for production. The car also has a Honda emblem back-lit in blue that previews a new styling feature for the brand's future EVs. At the front interactive messages can be displayed between the headlights – which include greetings, advice for other drivers or charging status updates.

Inside, Honda has intended to create maximum visibility for drivers using slim A-pillars and a wide windscreen. Entry and exit from the concept is through rear-hinged coach doors. A so-called floating dashboard console houses the steering wheel column, a set of simple control buttons and a panoramic screen. The wrap-around screen goes beyond the dashboard and extends into the doors. This feature functions as the car’s wing mirrors via digital camera display.

The concepts powertrain and range details are still unknown; but Honda said the car would include a high-density lightweight battery pack, integrated heat management and energy transfer functions both to and from the vehicle. A source at Honda suggested a short-to-middling range, so one can expect it to go up to around 250km.

The original concept was well-received at Frankfurt as well as at the 2018 Geneva motor show where it was displayed after. Indeed, it proved so popular that Honda has made very few changes to the final car’s design. Inside, the major changes will be the switch from four seats to five.

Honda UK boss Dave Hodgetts has said the company expected the model to do “very well” in the UK. He added that it will “test people’s real attitude towards the car” beyond just liking the look of it.  since very few details about the car have been revealed, Hodgetts said that he “will push hard to get meaningful information” so that customers know what they are committing to when it does go on sale. Hodgetts also recognised that the Urban EV would not be a cheap car and that Honda would probably position it as a premium model in markets. He added that he personally hoped that EV pricing would start to come in line with combustion-engined models two or three years down the line.