While Honda's SUV plan for India still remains a mystery, the brand has previewed a different version of the HR-V for overseas markets. 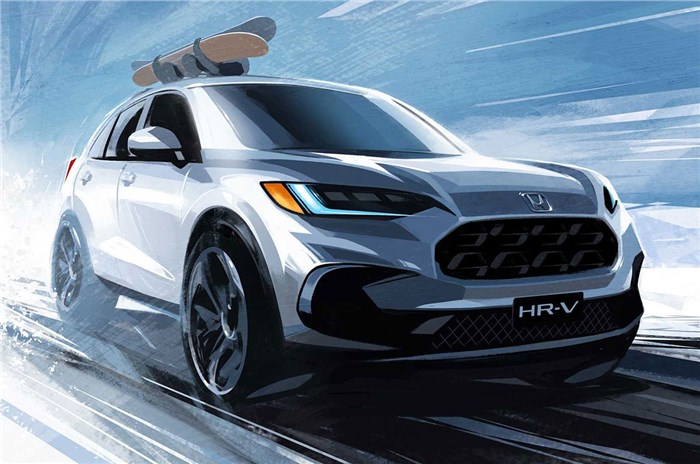 HR-V for North America expected to be based on the Civic. 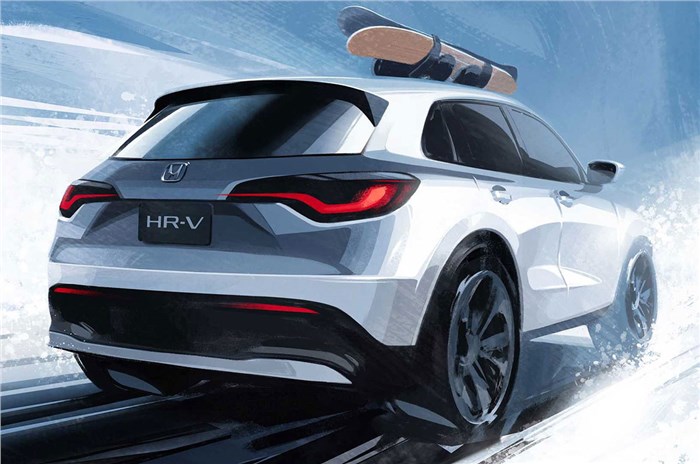 Honda has previewed an all-new SUV that shares its underpinnings with the Civic. This new SUV will be christened the Honda HR-V, but is aimed only at the North American market initially. Honda already sells an HR-V for many international markets, but the one that has been previewed here shares very few bits with the version that's on sale currently.

New Honda HR-V: what do the sketches preview

As reported by us recently, the Honda HR-V previewed via these sketches is the Civic-based SUV Honda has been readying for a few international markets like North America. This version of the HR-V will go on sale in other markets later this year.

As far as styling goes, the HR-V shown in these sketches seems to have almost nothing in common with the one that is already on sale in some markets. The 2023 HR-V gets a unique design up front, with a large octagonal grille with S-shaped mesh design, a more prominent and aggressive looking bumper with what look like faux inlets at each corner. The headlamps are a tad larger and squarer than the rounded units seen on the current HR-V.

On the sides, the HR-V carries its traditional rounded look, but the model previewed will be longer and will have a different rear door and additional cargo room. The rear styling is different too with a wider looking tailgate and much bigger wraparound tail-lamp units. The rear bumper is also chunkier and gets prominent black cladding to give the SUV a more rugged look.

Under the hood, we expect the 2023 HR-V to use same petrol-hybrid engine and gearbox options that are used on the current Civic sedan in the North American market.

The previous-gen HR-V was slated to come to India in 2019, but the plan was cancelled just a few months ahead of a market launch. While Honda subsequently replaced the HR-V with an all-new model globally, the SUV never made it to India thereafter. The current line-up for Honda in India includes the recently facelifted Amaze compact sedan, the Jazz, the WR-V and the popular City sedan.

Honda is readying a Creta-rivalling SUV for India, but that is still some time away. The brand recently unveiled a new BR-V based RS SUV concept in Indonesia, and while that concept is touted to preview a Creta rival overseas, it remains to be seen on what's lined up for India, from Honda, in the future.