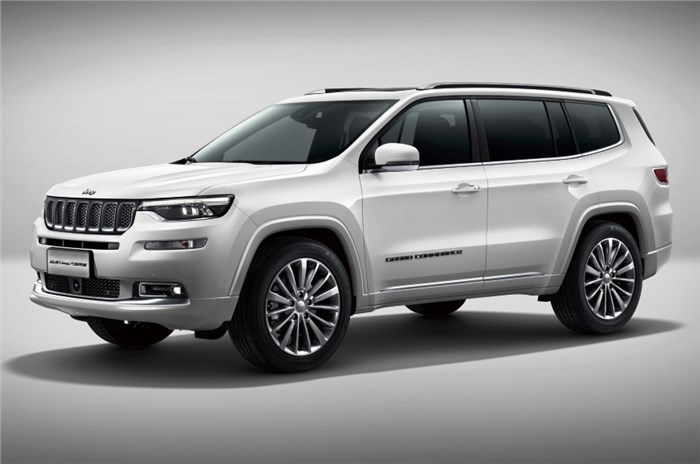 Jeep’s India line-up might include the imported Grand Cherokee and Wrangler but it’s strictly the locally manufactured Compass that’s bringing in the sales numbers. The SUV specialist, however, doesn’t want to be seen as a one-hit wonder and has plans to expand the range with volume drivers.

Speaking exclusively to Autocar India, Kevin Flynn, CEO and MD, FCA India said, “What we’d announced in May last year at the investors' conference was the fact that we are looking at two more vehicles effectively for the Indian market. So one is a B-SUV, the smaller one below Compass, and then logically, the other commitment made there was on a D-SUV, a three-row product. Now, both are progressing very well.” Flynn added Jeep’s objective was to have “a showroom full of models” for India.

The Jeep B-SUV will be a sub-four-metre model and will, effectively, widen the price band the SUV-maker operates in. Codenamed Jeep 526, the new SUV will be smaller than the current Renegade and is understood to share its platform with the next Fiat Panda 4x4. The compact SUV will be a pukka Jeep, however.

"It will be a real Jeep and not something with a Jeep badge on the back. It will have real capability and be a true Trail Rated vehicle, meaning it will have real off-road skills," former Jeep boss (and present CEO of FCA) Mike Manley had told Autocar India. The baby Jeep’s off-road ability is sure to be a key point of distinction in the crowded compact SUV segment.

While the compact SUV will slot in below the Compass, the 7-seat D-SUV will be positioned above it. Known internally by its codename ‘Low-D’, the monocoque-bodied 7-seat SUV will share a lot of components with the Compass. Again, there will be no compromise on the ‘Jeep DNA’ and a degree of off-road ability is a given. While the model would be pitched against SUVs like the Honda CR-V and the Skoda Kodiaq, it could also pull some buyers away from ladder-frame models like the Toyota Fortuner and Ford Endeavour.

Like the Compass, the new models in question will be manufactured in India and could be exported too. Jeep’s Ranjangaon plant near Pune is presently the manufacturing base for the right-hand-drive Compass. The SUV-maker had also announced earlier that it would increase the plant's production capacity from the original 1,60,000 units to 2,40,000 units. What remains a question mark is the launch dates for the SUVs. Both models were officially announced last year as part of Jeep’s five-year plan but the manufacturer is tight-lipped on when they will go on sale in India.

Jeep just launched the Compass Trailhawk in India and the next-gen Wrangler is also scheduled for launch soon. By April 2020, the brand will also upgrade all versions of the Compass to BS6-spec and will introduce the 9-speed automatic transmission across more Compass diesel versions.