All new models will have to comply from April 1, 2021, while existing cars on sale will have to follow suit beginning August 31 this year. 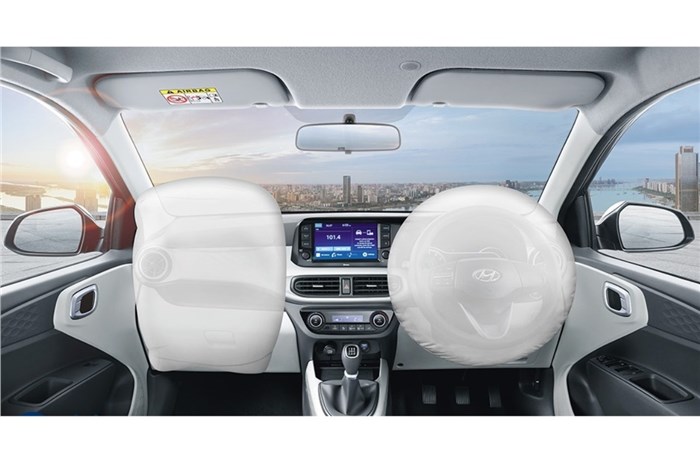 The provision of a front passenger airbag has been mandated for all passenger vehicles in the country. Following the draft notification that it had sent out late last year, the Ministry of Road Transport and Highways (MoRTH) has now issued a Gazette notification making dual airbags compulsory. While this has been a norm voluntarily followed by most automakers in the recent years, the new regulation will affect a few companies with entry-level models that will see a small hike in prices.

Front passenger airbag mandatory for all new cars from April 1, 2021

While a driver airbag had become a mandatory fitment for all cars in the country beginning July 1, 2019, the need for a co-driver airbag was left out of the ambit of the regulations at that time. However, the Central government has now modified the Central Motor Vehicle Rules, 1989 with an amendment which says, “Vehicles manufactured on and after the 1st day of April, 2021, in the case of new models, and 31st day of August, 2021, in the case of existing models, shall be fitted with airbag for the person occupying the front seat, other than the driver.”

The amendment further states that the co-driver airbag will have to conform to the AIS 145 (Automotive Industry Standards) safety norms till the Bureau of Indian Standards (BIS) specifications are notified.

What are the implications of the new regulation?

Firstly, any new model being launched in the market in the upcoming financial year will have to have two airbags as standard, right from the outset. Moreover, there are some passenger vehicles, like the Maruti Suzuki Eeco, Alto, S-Presso, Celerio, Wagon R, Hyundai Santro, Renault Kwid, Datsun Redigo and the Mahindra Bolero, which are still being retailed either without a passenger airbag altogether, or with one offered as a paid option, on some variants. These models will have to be updated to include the safety equipment as standard, though they have respite till August 31. This will also see the corresponding variants become dearer by Rs 5,000-8,000.

However, the main takeaway is an improvement in the safety levels, as the second airbag will provide an added degree of protection to the co-driver in the event of a mishap.