The SF90 Spider is the most powerful series-production convertible in the world. 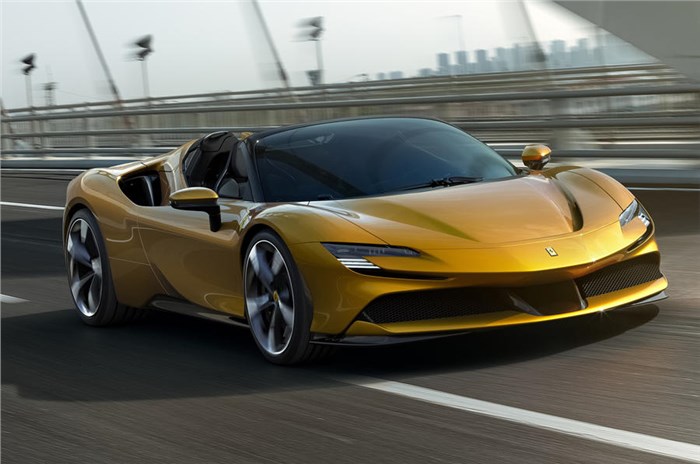 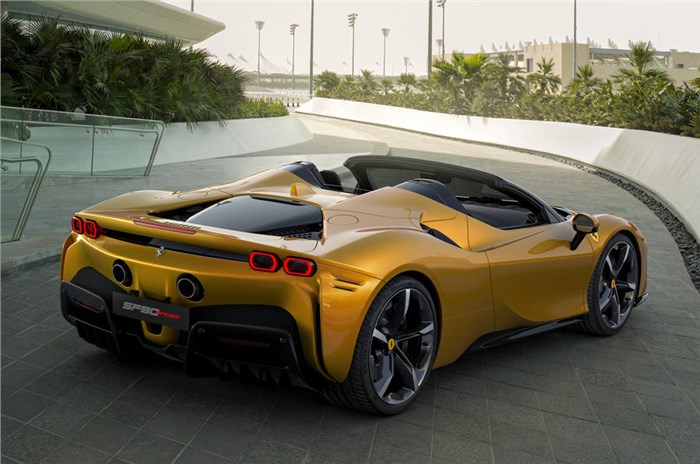 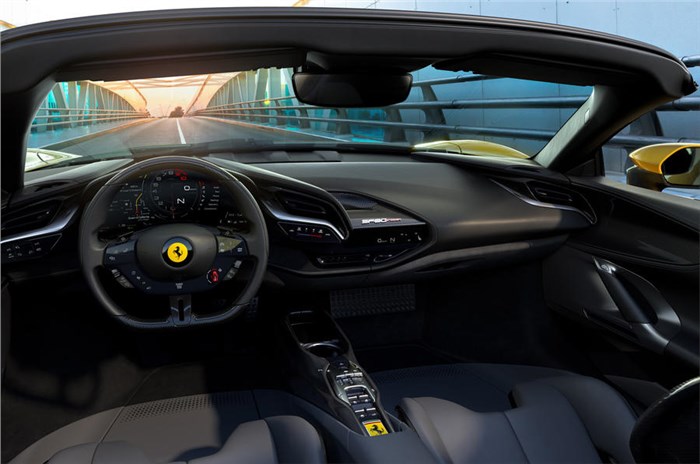 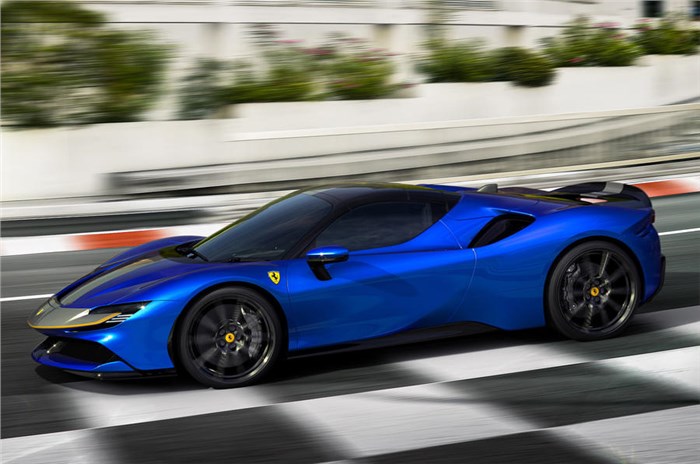 Customers have the option of an Assetto Fiorano upgrade package.

The Ferrari SF90 Spider has been revealed, 18 months after the SF90 Stradale coupe was unveiled. Ferrari’s second hybrid convertible following the 2017 LaFerrari Aperta, the SF90 Spider claims the title of the world’s most powerful series-production convertible from Ferrari’s own 812 GTS.

Like all convertible Ferraris of the modern era, the SF90 Spider features an aluminium retractable hard-top, which opens and closes in just 14 seconds. The Spider’s roof is said to save 40kg and require at least 50 litres less storage space compared to a conventional convertible roof system. The rear windscreen can be raised or lowered when the roof is retracted to alter wind buffeting at high speed.

Ferrari designed the Spider with the aim of minimising turbulence, noise and performance losses with the roof open. Aerodynamic elements carried over from the Stradale include the forged wheel designs, prominent air-channelling structures at the front end and the 'shut-off Gurney', - which effectively changes the shape of the rear spoiler at different speeds for optimum downforce.

Allowances also had to be made for the impact of the new roof storage compartment. To ensure the engine bay is still appropriately ventilated - temperatures inside are understood to reach nearly 900 C - the Spider's engine lid gains a pair of vents that are said to serve "as an efficient ‘chimney' without interfering with the car’s aerodynamics at speed".

The SF90 Spider shares its four-wheel-drive plug-in powertrain with the SF90 Stradale. It features a 780hp, twin-turbocharged 4.0-litre V8 engine mated to a pair of electric motors, one on the front axle and one at the rear. Combined, the electric units produce 220hp and contribute to an overall power output of 1000hp and 800Nm of torque. Power is sent to all four wheels via an eight-speed dual-clutch gearbox.

The SF90 Spider takes just 2.5sec to do the 0-100kph sprint and before topping out at 340kph. More significantly, the convertible has posted a lap time of 1min 19.5sec at Ferrari's Fiorano test track - just 0.5sec behind the hard-top and 0.2sec quicker than even the fixed-roof LaFerrari.

Technically the second Ferrari model to be capable of electric-only running, the SF90 Spider's 7.9kWh battery allows it to be driven with the petrol engine off for up to 30km.

The exterior styling of the SF90 Spider is largely unchanged from the Stradale, save for the addition of subtle new trim elements in the cockpit that work to funnel air away from the driver and passenger.

With the retractable hard-top in place, the SF90 Spider retains the overall shape and proportions of the Stradale, despite the addition of the complex, sizeable roof mechanism.  The key difference is the addition of a pair of buttresses behind the passenger compartment, which line up with the headrests to minimise any loss of rearward visibility.

Less obviously, the cockpit has been moved slightly forward in the chassis to make way for the roof mechanism, the roofline itself is 20mm lower and the windscreen has a steeper rake.

The cabin is identical to that of the coupé, featuring a wraparound-style 16.0-inch digital display cluster that shows live telemetry and a battery charge indicator, a head-up display and a motorsport-inspired steering wheel with an array of touch-sensitive controls.

An optional Assetto Fiorano upgrade package brings Multimatic shock absorbers, a 21kg weight loss and Michelin Pilot Sport Cup 2 performance tyres for a premium of around Rs 38.6 lakh (£39,360) - the same as on the Stradale. Customer deliveries of the SF90 Spider are set to get underway in the second quarter of 2021, with prices in its Italian home market starting at around Rs 4.17 crore (€473,000).

There is no official news yet regarding the SF90 Spider’s India launch. But given that the SF90 Stradale was offered to customers here, there’s a possibility that the Spider may be offered as well. Recently, the Italian manufacturer launched its entry-level supercar, the Roma, in India at Rs 3.61 crore (ex-showroom). Ferrari has also started deliveries of mid-engined F8 Tributo in India, which is priced at Rs 4.02 crore (ex-showroom).