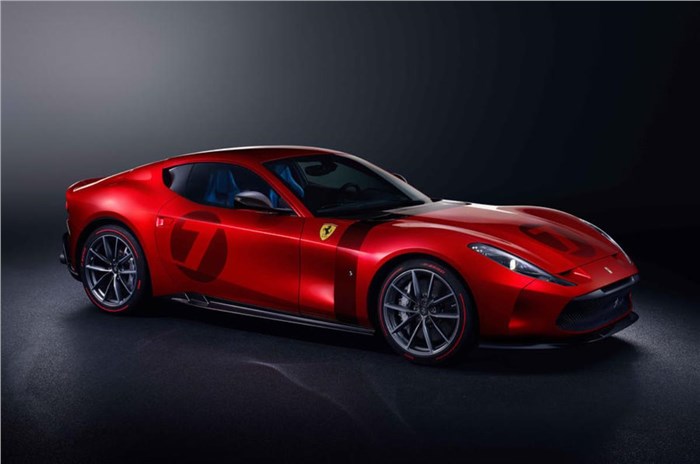 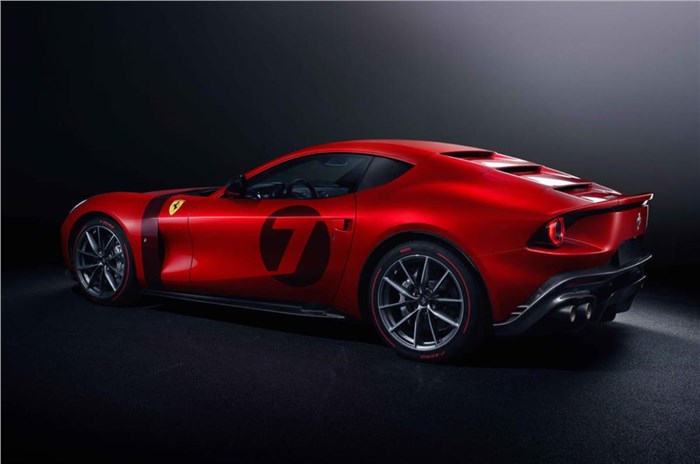 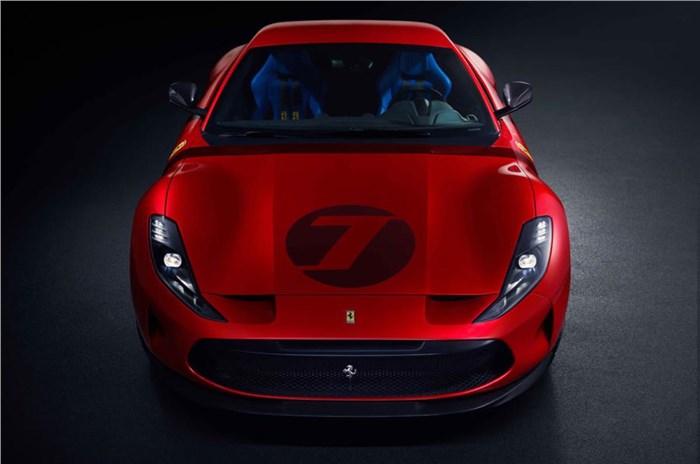 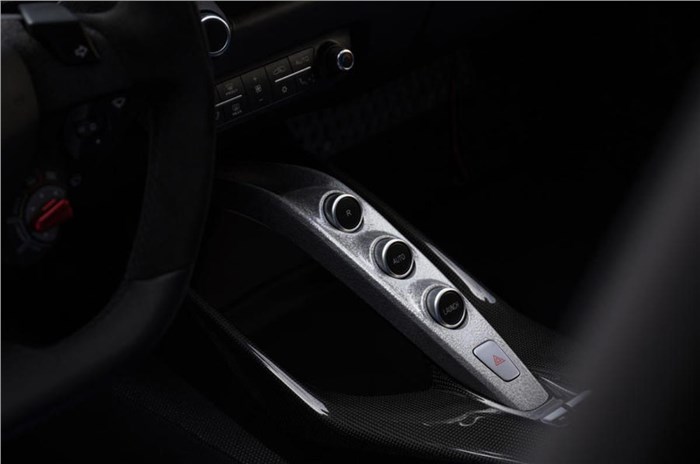 The Ferrari Omologata has been revealed as a one-off 812 Superfast-based special, designed to celebrate the firm's long history of GT cars.

The coachbuilt machine is the 10th one-off based on a V12 platform created by the Italian firm and was revealed to the public following a shakedown run at the Fiorano test track in Maranello. Commissioned by "a discerning client", Ferrari says the Omologata takes design inspiration from the firm's GT racing cars.

The Omologata took around two years to develop and Ferrari said it has "unlocked every possible area of freedom from the underlying package of the 812 Superfast", with the windscreen and headlights being the only bodywork elements carried over. The bodywork is hand-crafted from aluminium and is said to feature "almost subliminal" detailing.

Ferrari said the design was inspired by its racing heritage, sci-fi and modern architecture, with the intent to "exploit the proportions of the potent, mid-front layout to deliver a very sleek design." The front features a flattened oval grille, emphasised by a contrasting stripe that wraps across the bonnet.

The rear of the Omologata features a large spoiler, which, Ferrari says, adds downforce as well as adding to the sporty appearance. The rear quarter lights and screen have also been removed to add visual muscle to the back end.

Inside, the Omologata has a number of trim elements designed to link to Ferrari's racing cars, including four-point racing harnesses for the blue seats. Metal elements of the dashboard and steering wheel are finished with a crackled paint effect, and a hammered paint finish used in the 250 LM and 250 GTO is applied to details such as the inner door handles and badge.

Performance specifics for the Omologata have not been revealed by Ferrari. The front-engined, rear-wheel-drive 812 Superfast on which is it based produces 800hp from a 6.5-litre, naturally-aspirated V12 engine and can crack the 0-100kph sprint in 2.9sec.

Ferrari has also not disclosed details of the cost of the one-off special.