The Ferrari Roma is a front-engined V8 sportscar that is now available in India at a price of Rs 3.61 crore (ex-showroom, India). 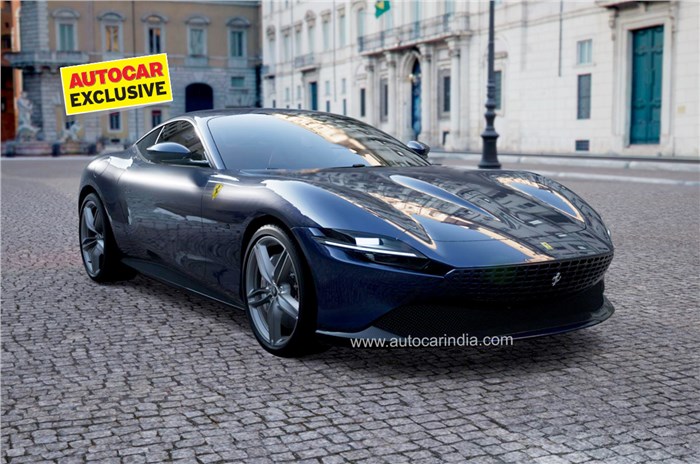 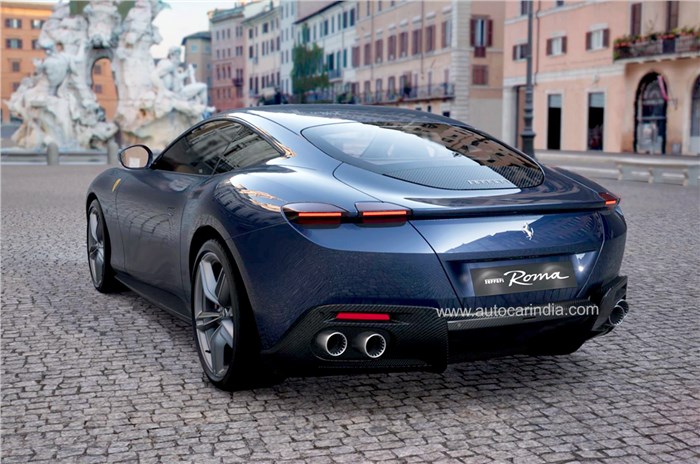 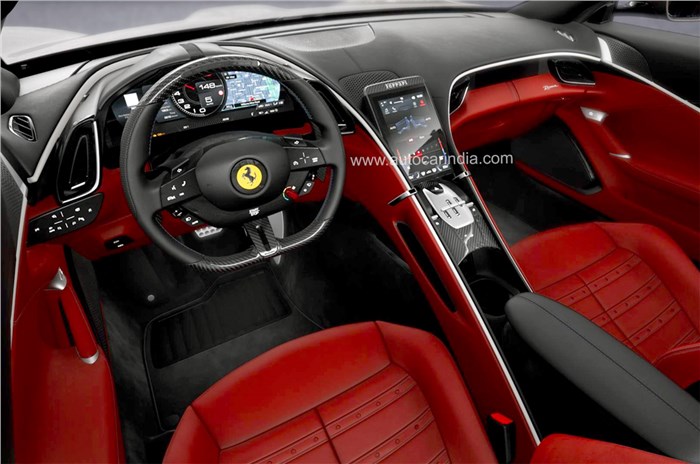 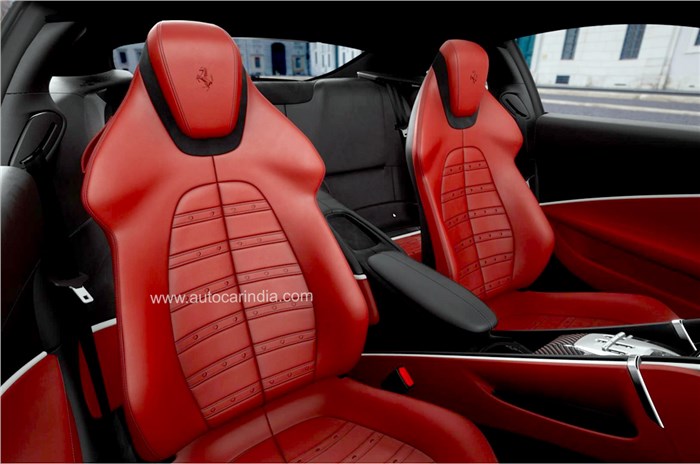 The Ferrari Roma is officially available in India at a price of Rs 3.61 crore (ex-showroom, India), before options. The Roma was unveiled in late 2019 and is a front-engined, rear-wheel-drive sportscar that gets a 2+2 seating layout and Ferrari’s new design language, both, on the outside and the inside.

In terms of design, the Roma is certainly one of the prettiest cars to come out of Ferrari for a while, and it features a design language that Enzo Ferrari would have approved of. Devoid of any large vents or big wings to aid downforce, the new Ferrari Roma gets a long bonnet and a short, stubby boot – a very typically GT design. Ferrari claims that the Roma was inspired by the likes of the 250 GT Lusso and the GTE 2+2, but we think the likes of the 365 GTC/4 is a more appropriate muse, considering the haunches over the front wheels, the power hump on the bonnet and the way the front grille has been crafted. The Roma also gets slim LED headlamps with integrated DRLs that are in line with Ferrari’s new styling language. Around the rear, the Roma sports a quad-exhaust setup and four tail-lamps that are inset into the body, along with an electronic spoiler that is built into the tailgate.

On the inside, the Ferrari Roma is all-new too. And while Ferrari might claim a 2+2 layout, the rear seats are only suitable for younger children. The dashboard is now curved to cocoon both, the driver and the passenger and there is an 8.4-inch tablet-style touchscreen infotainment screen in the centre console. There is also a curved 16-inch instrument cluster and a new steering wheel that has touch capacitive buttons that makes the experience a lot more dynamic.

Under the hood, the Ferrari Roma gets the same 3.9-litre, twin-turbocharged V8 award-winning engine that we see in a range of vehicles from Ferrari. While the engine is capable of producing a lot more, Ferrari have given the Roma 620hp and 760Nm of torque. The Roma’s engine is also mated to the new 8-speed dual-clutch gearbox that debuted originally on the SF90 Stradale. The Roma does 0-100kph in 3.4sec and goes on to a top speed of 320kph.

While most Ferraris are sold in a shade of red, Ferrari itself has admitted that the Roma looks better in a shade other than that. The Roma was also one of the first Ferraris to be showcased at a launch event last year without the optional side shields as the designers claim that the car looks cleaner without them. In India too, several prospective customers seem to have been inquiring and opting for colours like dark blue or dark green or even whites and silvers, as compared to the brighter colours one would normally associate a Ferrari sportscar with. With more and more customers getting bolder with their exterior and interior choices in India, it will be interesting to see how these GT cars will be equipped when deliveries begin sometime next year.