Ferrari’s road going plug-in hybrid is faster than the LaFerrari around Fiorano; packs 1000hp, courtesy of a V8 and three electric motors. 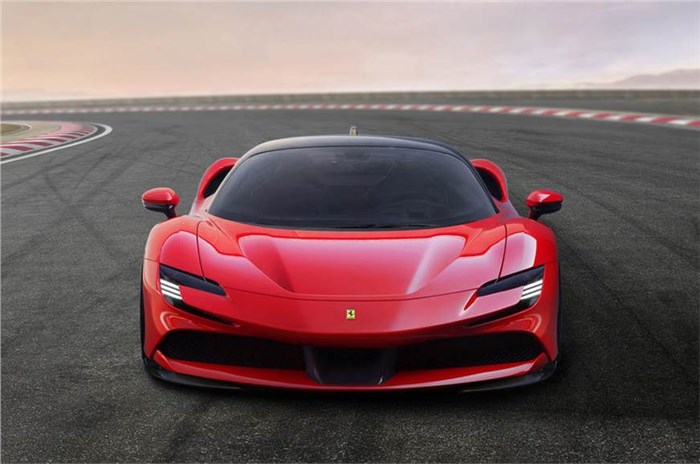 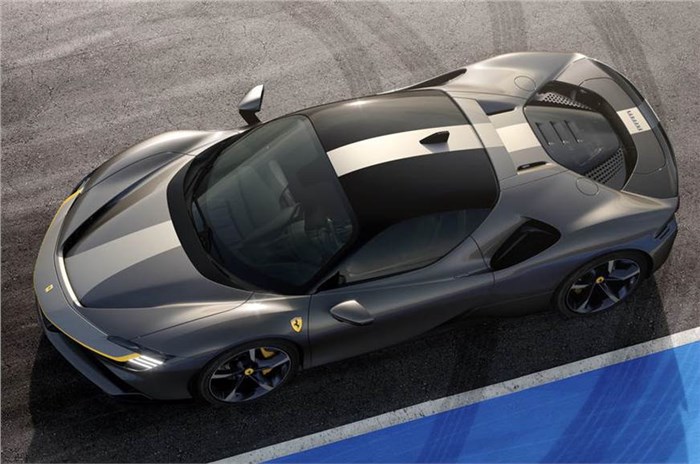 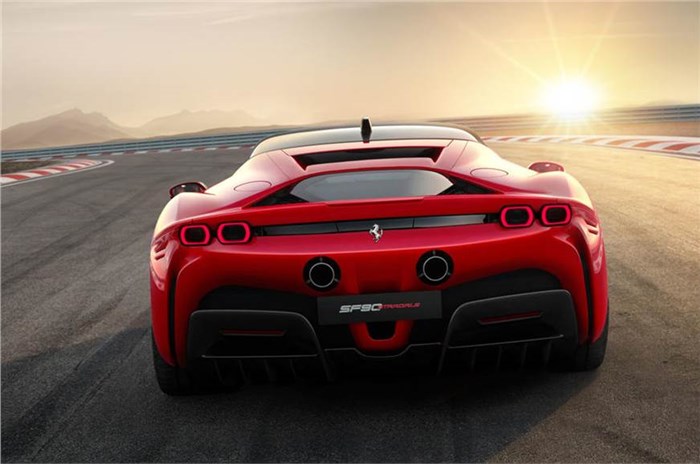 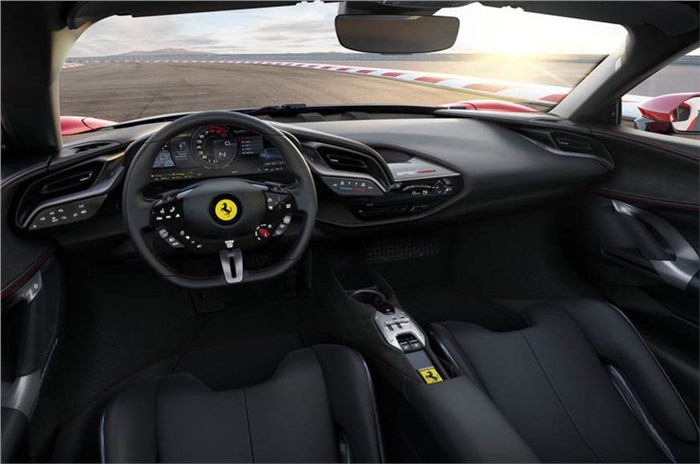 Ferrari has taken the wraps off the most powerful, most advanced and fastest-accelerating road car it has ever produced: the SF90 Stradale.

The new flagship Ferrari is also the first series production plug-in hybrid vehicle from the brand. It's the second of five new models to be presented this year – an “unprecedented” product rollout, according to the Italian firm.

Dubbed Project 173 during development, the production name (SF90) is taken from the Ferrari’s 2019 Formula 1 car and is also a reference to 90 years since Scuderia Ferrari was founded. Unlike with the LaFerrari, production is limited only to the amount the firm can sell, with 2,000 customers from around the world lined up already.

The most significant number for the SF90 Stradale is 1,000. That's the total horsepower figure that the petrol-electric powertrain makes: about 36hp more than the LaFerrari's and the most of any road going Ferrari ever built.

The heart of the car is Ferrari’s award-winning ‘F154’ twin-turbocharged V8, bored out from the 3,902cc of the 488 Pista to 3,990cc.  The resulting output of the engine alone is 780hp, with 800Nm of torque at 6,000rpm. The new engine design – in which the turbocharger is mounted lower and the flywheel is smaller – results in a lower centre of gravity. The exhaust system also makes use of the super-alloy Inconel, instead of steel, to save weight. Ferrari claims a “fuller, richer” sound for the exhaust.  Complementing the V8 is a trio of electric motors – two mounted at the front and one mounted at the rear between the engine and gearbox that in combination provide all-wheel drive. All three generate a total of 220hp to make the 1,000hp total. They are powered by a relatively small (7.9kWh) lithium-ion battery pack that makes the SF90 Stradale capable of 25.7km of electric-only running at speeds of up to 135kph. The battery can be charged either by plugging it in (no charging time has been revealed) or using the engine as a generator.

The two power systems are channelled through a newly developed 8-speed dual-clutch automatic gearbox. It’s lighter and more compact than the outgoing 7-speed unit and promises an 8 percent reduction in fuel consumption in normal driving on the WLTP cycle. Shifts are also claimed to be 30 percent faster. The advancements also extend to the brakes, with Ferrari recording a 160-0kph stopping distance 2m shorter than the LaFerrari.

All of this results a 0-100kph time of 2.5sec, which is a record for a road-going Ferrari. Furthermore, 0-200kph takes 6.7sec, while the top speed (claimed not to be the main performance focus) is 342kph. Ferrari also says the new car pulls out a 64-metre lead from the LaFerrari in one lap around its Fiorano test track.

A new power mode selector, dubbed eManettino, provides four driving modes. eDrive keeps the engine switched off for as long as the battery lasts, while Hybrid is the default setting, balancing both power sources. Performance and Qualify add increasing levels of go-faster capability.

The SF90 Stradale’s exterior is designed to provide the optimum balance between maintaining the style, heritage and proportions of classic Ferraris and employing advanced aerodynamics.

Two bodystyles are available on the SF90 Stradale: the standard one and the Assetto Fiorano package, which is aimed at forgoing some comfort in the name of offering better track pace. It features a taller rear spoiler for increased downforce, a more stripped-out interior and bespoke carbonfibre detailing, resulting in a weight reduction of 30kg. It also gets Michelin Cup 2 tyres with a bespoke compound instead of the Pirelli P Zero tyres available on the standard car.

The SF90 Stradale's shorter overhangs – including a rear one that’s shorter than the front – have created a cab-forward layout that's said to emphasise the mid-engined look and feel. The cabin area is 20mm lower than on previous Ferraris and is bubble-shaped with larger rear flying buttresses – a classic Ferrari design cue. Slim C-shape headlights are integrated in the brake air intakes and use matrix LED technology, while the tail-pipes are centrally mounted and higher than ever before.

Ferrari claims the SF90 Stradale is “the new benchmark for downforce and efficiency in high-performance road cars”. The headline figure is 390kg of downforce generated at 250kph – 30kg more than the LaFerrari.

The stand-out bodywork element is a part of the rear wing. Dubbed the ‘shut-off Gurney’, it’s a mobile section of the spoiler that, in high-downforce conditions, is lowered towards the body to create new tail geometry, or raised up when low drag is needed for straight-line speed. A complex system of vortex generators and two front diffusers ensure airflow from the front to the rear is optimised.

As with the rest of the car, the SF90 Stradale’s interior is totally new. Even entering it is a different process, with a new keyless entry system incorporating a key that is shaped and styled like the Ferrari logo and doors that open via push buttons from the inside.

The dashboard is dominated by a completely new interface and a 16-inch curved digital instrument cluster. All car functions and infotainment are controlled through this, with only a handful of touch-sensitive icons on either side of the steering wheel for climate and driving assistance functions.

A head-up display also features for the first time, but it’s the new steering wheel that's most significant. Ferrari claims 80 percent of the car’s functions can be controlled from here, citing that “eyes on the road, hands on the wheel” was a key safety motivation during development.

Despite the technological advances, a few classic touches still remain, including the gear selections built into an ‘H-gate’-style metal gear lever.

Ferrari is remaining coy about the exact pricing figure for the SF90 Stradale, claiming it will be revealed later.

The car is a series production model. Sources indicate that of the 2,000 customers invited to see the car, “most have already ordered one. Anyone who orders now will have a long wait." The first deliveries are tipped to begin in Italy in the first quarter of 2020.