Despite being positioned below the all-new, fifth-gen City, the existing fourth-gen model will remain fairly loaded in terms of features; no diesel option on offer. 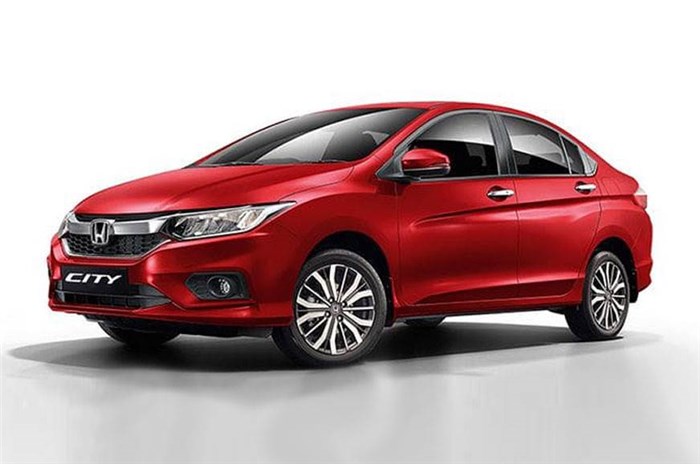 We had earlier reported that Honda will be selling the upcoming new-gen City alongside the previous model in a bid to target a larger customer base spread across a wider price band. We can now confirm that though the fourth-generation midsized sedan will be positioned below the incoming model, it will continue being a feature-rich offering.

Speaking to Autocar India, Rajesh Goel, senior vice president and director, sales and marketing, Honda Cars India, said, “I definitely am not intending to start stripping the car off its features as I launch the new one. It will still be fairly loaded irrespective of its positioning.”

The existing City is retailed in four variants – SV, V, VX and ZX – with the range-topping version packing in equipment like LED headlamps, diamond-cut alloy wheels and a 7.0-inch infotainment system. Though it remains to be seen if Honda rejigs the line-up moving forward, deletion of key features is not part of the agenda. The fifth-gen City, which will be positioned higher up, will not only have more kit than the previous model, but will also up the ante by sporting some segment-first features, including a blind spot camera and Amazon Alexa integration.

Honda’s move to offer two generations of the mid-size sedan in tandem is a first in its 20-year-plus history in India. Explaining the rationale behind the strategy, Goel said, “At every subsequent generation change, we have had huge complaints from loyalists and customers as to why we were discontinuing the previous model.”

The existing City’s 1.5-litre petrol engine is already BS6-compliant and the model “clears all the regulations today or the ones coming after some time.” Goel opined that he even finds the vehicle’s styling to be in keeping with the times. These factors cleared the way for Honda to break away from the norm and continue offering the last-gen model to target a wider customer base.

Sales for Honda’s popular midsize sedan have seen a share of “20-25 percent diesel depending on time”. The prospect of a sizeable diesel demand means that the yet-to-be-launched City will also get a 1.5-litre diesel mill, in addition to a new 1.5-litre, dual cam petrol engine. The fourth-gen sedan, however, will continue as a petrol-only model.

Owing to the increasing popularity of SUVs, sedan sales have experienced a dip in the recent years. Honda’s move to double down on the segment, though, might just allow them to grab a bigger share of what has become a smaller pie.