Honda marketing head Rajesh Goel wants City launch to be “as around the corner as possible”. 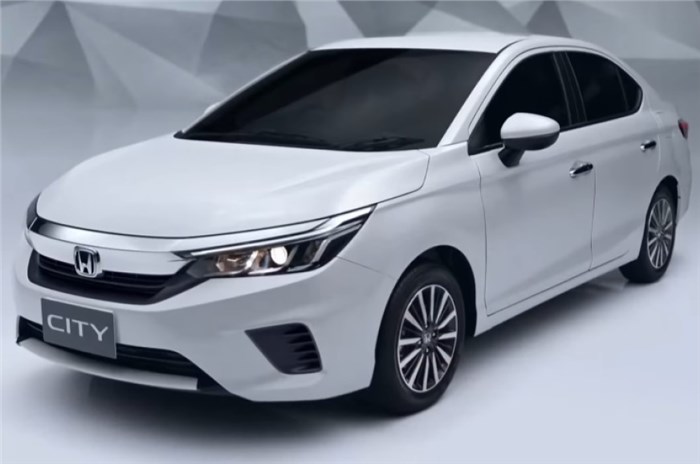 • Honda’s plant at Tapukara has been producing powertrain components since lockdown 2.0
• Dearth of manpower limited vehicle production
• Once vehicle manufacturing commences, Honda will finalise dates for market debut
Considering the formidable reputation that the City has managed to build in India, the launch of the fifth-gen model was slated to be a crucial one for Honda. The Japanese automaker had already drawn plans for the market debut of the new midsize sedan but had to “call them off” just a day before the nationwide lockdown commenced.

With restrictions finally relaxed, Honda is in the process of getting its production facilities back on track, and the timeline for the imminent launch of the new City is now just a function of the resumption of vehicle manufacturing at its plants.

In a recent interview with Autocar India, Rajesh Goel, senior vice president and director, sales and marketing, Honda Cars India explained that the company’s entire supply chain either already has the permission to commence operations or is in the process of receiving the necessary approvals. This augurs well for the automaker since a consistent supply of components is crucial for the functioning of assembly lines at any car factory.

Honda Cars India has two plants in the country – one in Greater Noida, Uttar Pradesh, and the other at Tapukara in Rajasthan. Goel said that the latter has been in a green zone since lockdown 2.0, which came into effect on April 15, and consequently, the company has abeen producing engine components and transmissions at the facility since then. However, a dearth of manpower has proven to be a stumbling block in vehicle manufacturing until now.

Following the government’s latest guidelines granting considerable leeway, the senior Honda executive is confident of the workforce returning as soon as the transportation channels start opening up. “Based on that, we will fix dates for start of production of cars. Once that happens, we will fix the launch date,” commented Goel.

Even when the cogs of the factory start turning, the requirement to adhere to the government’s new norms of social distancing is expected to see production happening in a phased manner and then be steadily ramped up. The automaker will be factoring in this as well while deciding on a launch timeframe since it expects enough units of the new model to reach dealerships for people to experience and take test drives. Remaining cautiously optimistic, Goel said, “I would like the launch to be as around the corner as possible.” He added, "We are committed to do it as early as possible, depending on how quickly we ramp up and cars reach dealerships."

While dampened consumer sentiments are a major concern for most in the auto industry, Goel believes that the best way to excite the market is with a new product like the 2020 City. “I would definitely say that the City is surely getting bigger, its size is almost equivalent to the size of the old Civic that we used to have. So in that sense, it would give the customer a much more premium feeling.”

Dimensions of the India-spec City do, in fact, reveal that the upcoming midsize sedan will be the longest and widest of the lot, promising a comfortable and spacious cabin. It will also be packed to the hilt with features, some of them segment-firsts, and sport a diesel as well as a new petrol powertrain.

With a lot on the line, Honda seems to be putting its entire weight behind the new City. If only it could have come sooner!