Lane Watch camera from the Honda Civic is among the features on the top-spec City ZX. 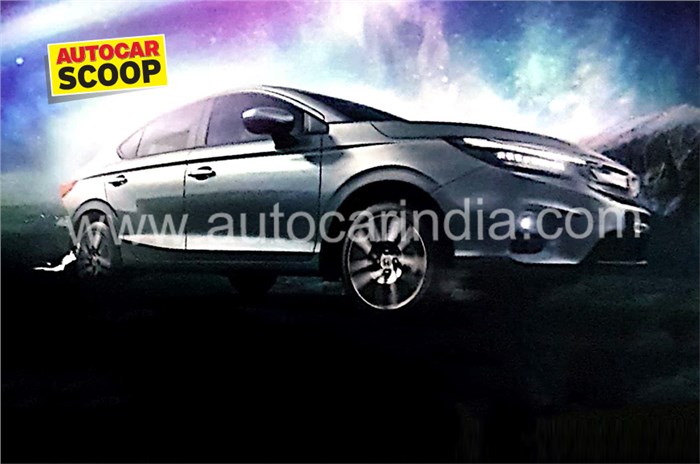 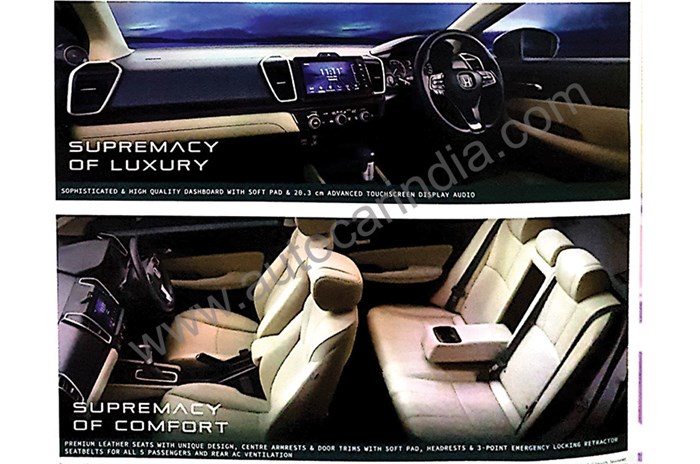 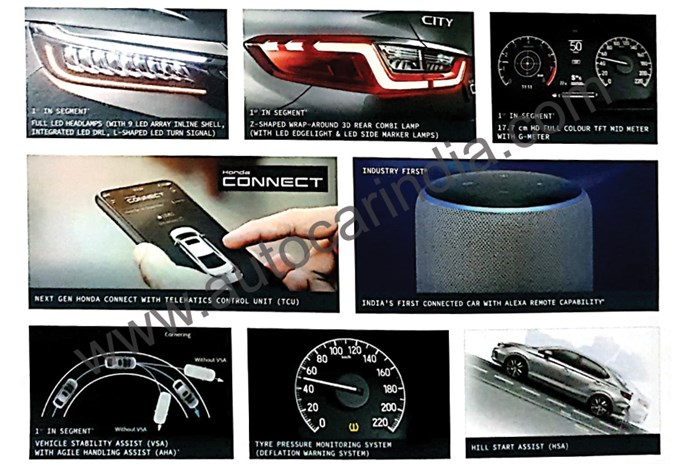 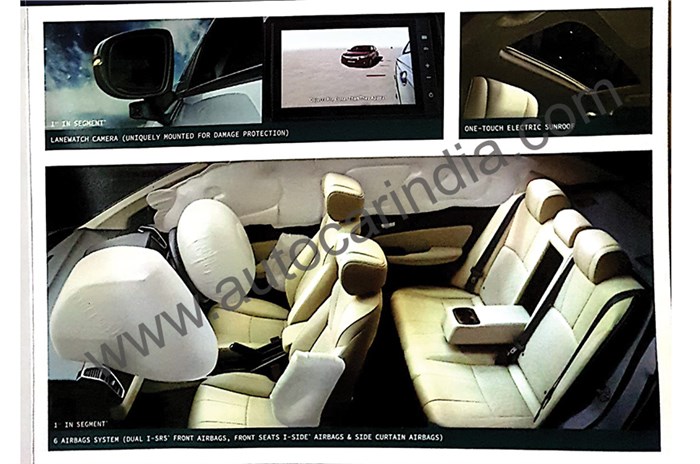 In a normal scenario, we’d have driven the 2020 Honda City by now and would have detailed all features on offer. However, with the City’s launch standing deferred in the wake of the coronavirus pandemic, there are still a fair few details not known about the India-spec car. We’ve just got our hands on a leaked brochure that does give some vital new info on the top-spec City ZX’s features list.

Starting with safety equipment, the City ZX will get LED headlight, LED tail-lights, six airbags, traction control and electronic stability programme and hill-start assist. New to the City will be a low-tyre-pressure warning system, as well as three-point seatbelts for the rear-middle passenger. A reverse camera will be part of the package, too, in addition to which the City ZX will also feature Honda’s Lane Watch camera, as seen on the Civic. The segment-first feature will comprise a camera on the left wing mirror that will relay feed to the centre screen. It’s a handy feature in India where errant road users tend to overtake from the wrong side.

The 2020 City will also get an upgrade, in terms of the infotainment package. The City ZX will feature an 8.0-inch touchscreen system with Android Auto and Apple CarPlay connectivity, and interestingly, the model will also be the first car in India to be compatible with Alexa Remote. Honda will also offer its app-based connectivity technology - Honda Connect - that will have a telematics control unit that can remotely share car status details.

The 2020 Honda City will not offer full-digital dials like the updated Hyundai Verna. Instrumentation will comprise an analogue speedometer and tachometer that flank a 7.0-inch, HD, full-colour MID. A unique inclusion will also be a G-meter à la supercars like the Nissan GT-R. Steering-mounted controls for the audio system and cruise control will be included but a big change is the switch to rotary knobs for the climate control system. The last-gen City’s touchscreen-based system was fiddly and, in fact, a feature Honda will remove from future models.

As on the outgoing City ZX, leather seats and a powered sunroof will be on offer too. The new City ZX will also get padded materials for the dashboard that should create a more upmarket ambience. The brochure also has a mention of the fifth-gen City being “the longest and widest car” in the segment, something we had reported earlier, and this could mean that the Honda would be the roomiest car in the class.

The Honda City will go on sale with BS6-compliant 1.5-litre petrol and diesel engines. The fifth-gen model will also see the introduction of a diesel-automatic variant that will pair the engine with a CVT gearbox.

Considering that the new Honda City's prices will be higher than the outgoing model’s, it will still be positioned on the higher side of the midsize sedan segment. Expect prices to start at just over Rs 10 lakh and top-off at Rs 15 lakh for the fully-loaded diesel-auto model.