Citroen C5 Aircross for India to be unveiled on February 1, 2021 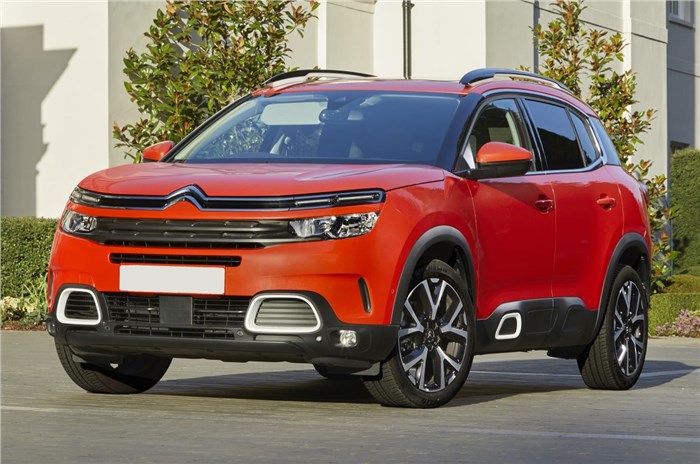 The locally assembled debut model will be sold in a single, fully-loaded trim and will cost upwards of Rs 30 lakh (ex-showroom).

The Citroen C5 Aircross is set to be unveiled on February 1, 2021, marking the French carmaker’s entry into India with the debut of their premium SUV.

Citroën had begun trial assembly of a number of units of the C5 Aircross at the CK Birla facility in Tamil Nadu last year, with the intention of using them as test mules.

The C5 Aircross will be sold in a single trim level and is expected to include features such as an electronic parking brake, dual-zone climate control, powered tailgate, split-LED headlamps with DRLs, a panoramic sunroof, powered driver’s seat, an 8.0-inch touchscreen infotainment system, and a 12.3-inch digital instrument cluster.

As previously been reported by us, the C5 Aircross will be brought to India as a CKD and assembled locally. Pricesare expected to start from the Rs 30 lakh (ex-showroom) mark.

Citroen will sell the C5 Aircross in India through its La Maison Citroën showrooms. The French carmaker plans to introduce 10-15 such outlets in the first phase.

Although the French brand doesn’t expect to sell the C5 Aircross in large numbers, Citroën is betting big on its future made-in-India models from its ‘C-Cubed’ programme, which it expects to be the brand’s volume sellers. Increased levels of localisation could result in a highly competitive price point for the models from the range.

Citroen’s debut offering in India will come with a 2.0-litre diesel engine producing 180hp and will be mated to an 8-speed torque converter automatic gearbox. However, the French carmaker will be giving diesel engines a miss for its subsequent, more affordable models in the mass market segments for India.