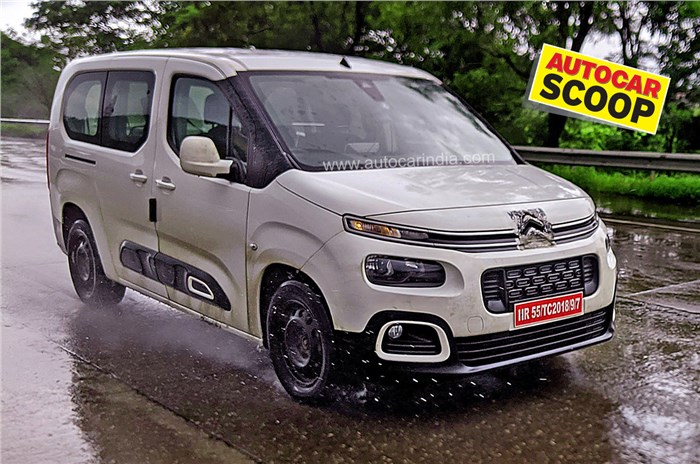 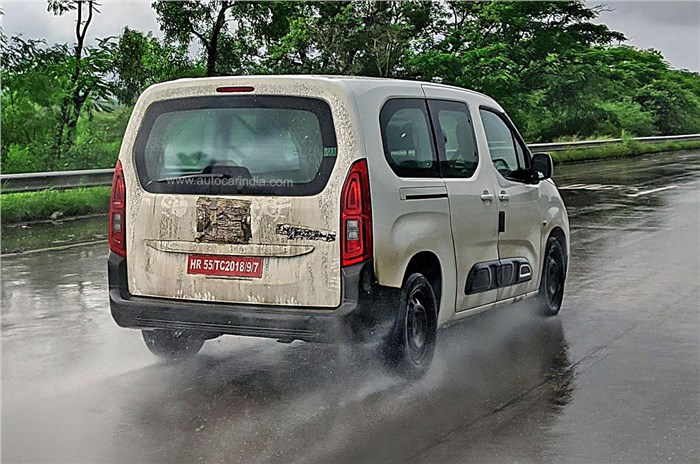 The Citroen Berlingo MPV, the brand's popular people-mover in Europe, has been spied recently on Indian roads, likely as a test mule for the brand's 1.2-litre turbo-petrol engine. We tell you more about it.

Will the Berlingo XL come to India?

Right up front, we can tell you it's very unlikely. Given the lacklustre performance of van-like MPVs in our market, Citroën probably won't be launching the Berlingo XL here. The car you see here is most likely being used as a test bed for a 1.2-litre turbo-petrol engine that’s expected to power Citroen’s upcoming, made-in-India ‘C-Cubed’ range.

What is the Citroen Berlingo?

A people mover from Europe. The latest-gen model was introduced last year and is sold in multiple countries across the globe. It has a typically boxy MPV shape with the trademark Citroen styling, including two-tier headlamps as seen in these spy photos.

The Berlingo’s latest iteration sits on a new platform that’s a hybrid of PSA’s newer EMP2 architecture and the previous-gen MPV’s underpinnings. The MPV is sold in two versions –the standard Berlingo that measures 4.4m in length, and the longer 4.75m Berlingo XL that you see here.

This version comes with three rows of seats and a pretty decent feature list. The Citroën Berlingo has multiple badge-engineered counterparts from other brands in Europe too. These are the Opel Combo Life, Vauxhall Combo Life, Peugeot Rifter and Toyota Pro Ace City Verso.

What powers the Citroen Berlingo XL?

The 7-seat MPV comes with three engine options in Europe. There’s the aforementioned 110hp, 1.2-litre, three-cylinder turbo-petrol, and there are two versions of the 1.5-litre DV5 diesel, which won't be coming to India – a 102hp version and a more potent 130hp version. The DV5 engines were made jointly by PSA and Ford and also power a number of Ford cars and SUVs globally.

What are Citroen’s plans for India?

The French brand will first bring the C5 Aircross SUV to our market early next year (trial production has started already) and while that will be a low-volume product, Citroen is already gearing up to introduce a compact SUV for in India, followed by a premium hatchback as well.